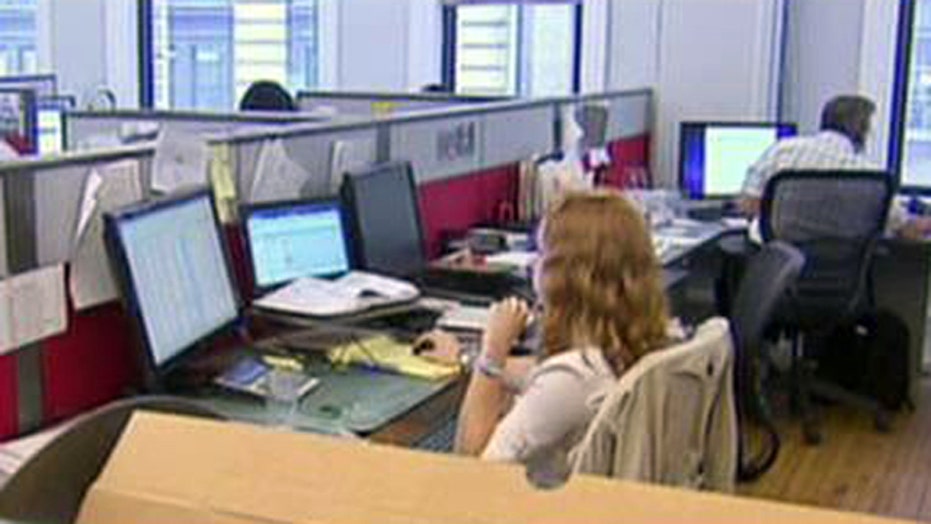 The young and the savings-less?

Report: 57 percent of workers have less than $25K in savings for retirement

STEVE FORBES: We see real experiments in this country. 16 airports do have privatized security including San Francisco. A study was done comparing San Francisco to Los Angeles and San Francisco even though it's a private contractor, the agents are trained the same way as the TSA, 65 percent more productive in San Francisco than in Los Angeles because they have more flexibility even though the pay and the benefits are all the same, better management, it works. Let's do it nationwide.

RICK UNGAR: Probably not and to Steve's point, the statistic in that study between San Francisco and LA, San Francisco did great. There are other airports that have tried privatization where it didn't come out worse, but not quite as good. If you look into what the aviation experts have to say about this, what they are saying is it's a nicer wrapper around the same product. You still have government supervisors, identical technology, identical procedures; they don't seem to think it is really going to save us that much money, so it's a question of whose pocket the money is coming out of.

JOHN TAMNY: I say hand it to the airlines. If American Airlines doesn't protect its passengers, it goes out of business. If the TSA doesn't protect its passengers, it gets more government funding. We have an incentive problem. In the private sector, you are forced to do better, and in the government sector, you are rewarded for doing a bad job. Definitely hand it to the airlines and private businesses.

BILL BALDWIN: I say no, don't give privatization a bad name by assigning it an activity which is going to be an expensive mess no matter who undertakes it. I'd rather have John and Steve use their considerable powers of persuasion and their liberation instincts to apply to another need, why don't we privatize elementary schools?

MIKE OZANIAN: My personal experience is all I can go by and when I have flown, I have seen the TSA be extremely inefficient. I remember going through checkpoints, magnetic scanners, and then waiting at the boarding area after we have gone through everything, 3 TSA workers there, one of them would randomly check, the other 2 were just standing there, very inefficient.

ELIZABETH MACDONALD: I agree with Mike, it is really inefficient. We have got the TSA acting like bouncers at a bar and they are treating that marine and 95 year old ladies like terrorists. When you privatize, they know you have to treat your customers with respect. Not like people who are funding their wallets and they can abuse them. We already have more than a dozen airports that are privatized, I agree with Rick, you have to have the government overseeing it, but for boots on the ground, the airlines don't really want the responsibility. The government unions don't want that responsibility of screening so they end up abusing the passengers and don't treat them like customers. If you incentivize, they will treat people better.

ELIZABETH MACDONALD: It would help, it would put the money right back into their hands and not congresses hands because right now since the 60s, congress has been spending that money there is a mountain of paper IOUs, meaning US bonds. President Clinton already warned in 1999 not just a baby boom we are dealing with; we are dealing with a senior boom. We have 60-70 percent of boomers who are going to be over the age of 65 by 2029 meaning you will have to start cashing out those US bonds meaning those bonds are going to start flooding back into the market causing rates to spike. I don't want that problem to get any worse. I want us to own the money and the viewer to own the money.

MIKE OZANIAN: No, in fact Ben Bernanke and his counterpart Obama, they have been robbing us of our saving. I like what EMAC is saying; my 401k has badly out- performed social security returns during the life of my working career. I think that all Americans should enjoy that.

MORGAN BRENNAN: No, not necessarily that's why I am all for reforming Social Security. I don't think we should be scrapping it all together. I think there is a larger issue at play here; people aren't saving money because they don't have money to save, and we still have 12 million Americans unemployed, we have 10 million homeowners who are underwater on mortgages, cost of gas, cost of everything has essentially gone up, while our median salaries have gone down since the recession. If don't have money you can't save it. If we really want to fix people's ability to save, and ironically people's ability to contribute to social security, we need to focus on job creation.

JOHN TAMNY: Social Security is an abomination on its very best day, but I will point out that we did make promises to people nearing retirement, so the idea is to make them whole and give those who are younger the opportunity to opt out of the system. Rick says that Wall Street has invested poorly, how could Wall Street do remotely worse than our governments done? Give people the freedom to plan for their own retirement.

STEVE FORBES: Allow younger people to have the bulk of their payroll taxes go into their own personal accounts with sensible rules and diversification as you get older more into short term instruments so you don't have to worry about stock market crashes. 3 counties in Texas pulled out of Social Security around Galveston the early 1980s, they didn't put 1 penny into the stock market, went into interstate contracts of sound insurers; those folks today are retiring into 50-200 percent more benefits then they would have had with social security. When it comes to investing, mutual funds, sound insurers in the like, I'll trust that over what Washington does.

College in Missouri no longer accepting students who take out loans

JOHN TAMNY: I think it's a nice idea because if kids are working their way through school, they will take it more seriously and will also have a greater incentive to get out early to get into the real world. Education is one of those common goods which oddly keep rising in price. A big factor is that the federal government hands out cheap money to kids who don't need to care about costs anymore. I think it's a nice change and hopefully it's copied.

RICK UNGAR: I think this would be a wonderful idea if it were practical in any possible way. College of the Ozarks has 1200 kids, every single one of them is given the opportunity to work on campus in exchange for tuition. You take that back to my alma mater, the Ohio State University; you can't find 50,000 plus jobs to give kids. It's a great thing for that particular small school, it couldn't possibly work everywhere, and I wish it could.

STEVE FORBES: Yes and other schools can come up with other ways to do the same thing. Another thing that has happened with these government subsidies is its bloated administrative costs in the universities which is now why the sticker price for tuition is going up 4 times the rate of inflation. That has got to be stopped and this is a good way to do it. Bless them. You are going to see more of this kind of thing in the future David, 3 years instead of 4 years and more online learning. The bloat I going to go one way or the other.

BILL BALDWIN: I'd say no, don't cut off tuition lending, there just isn't enough money in the system to make every dollar of financial aid take the form of a grant. It just can't work that way. I do like Steve's idea that incentives should be realigned. I'd like to see every college cosign any loan that is coming from the federal taxpayer.

MORGAN BRENNAN: I do, I think it is really innovative. I think more colleges should be playing around with different programs. There is another one, Spring Arbor University that's playing around with loan repayments for students. I think all of this is really innovative, it should be looked at across the board; I too think it is unrealistic to think that every college can adopt this as long as we have tuitions increasing dramatically and the cost of living as high as it is in places like on the coasts.

INFORMER: Pump up your tax refund with these funds