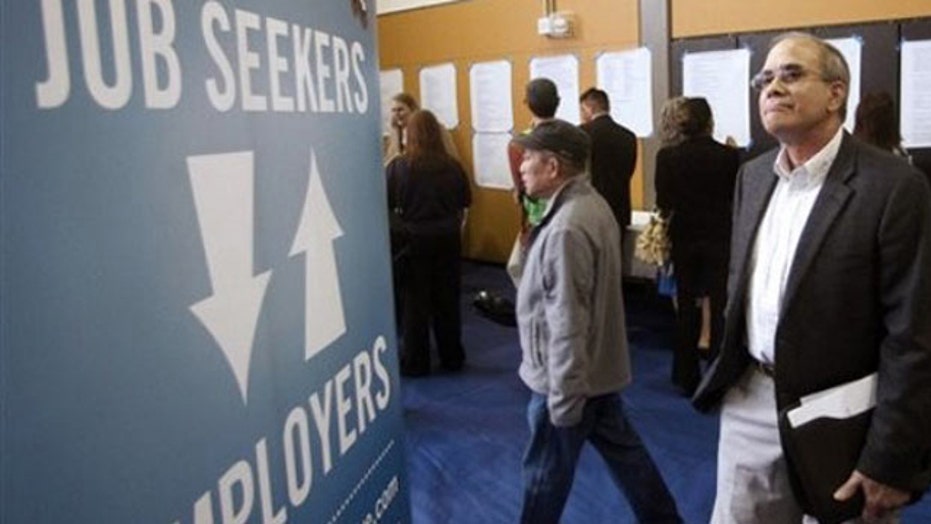 Study: Welfare pays better than work in some states

No incentive to look for a job?

NEW STUDY: WELFARE PAYS BETTER THAN WORK IN SOME STATES

CHARLES PAYNE: We should be making it to where people are urged to get off of welfare, rather than making it comfortable. I've always said that they've make poverty comfortable enough not to get out of it. It's simple math and it has crushed generations of people.

MELISSA FRANCIS: It New York it is especially nice because when you receive those benefits, you are not getting taxed. In New York you have to take home $21 an hour to take home as much as you would if you were on all of those programs. It's a total standstill. How do you go from having no job at all, to getting a job where you make more than $21 an hour? It's impossible.

CHARLIE GASPARINO: In the 1990s we had all these great thinkers that wanted to change the system. They wanted to incentivize people to go to work, not to stay home and collect welfare. In five years, Barack Obama has essentially changed that. That is a scary thing.

BEN STEIN: It is a great way to double the unemployment rate. The situation is generally very difficult for poor people. If you're poor and you do not have much of an education, if you do not have skills to earn money, then you're screwed. You're not going to live well. You have to go back farther and explain to people that they must get an education. Education is the capital from which we build lives.

ADAM LASHINSKY: Ben started to make a good point, and I'm going to finish it. We are over generalizing here. These programs are not a bed of roses. These people don't just lounge around eating bon-bons waiting for the check to show up. They have to do things, they have to go places, people check up on you, etc. I agree that our public policy should be to encourage people to work rather than not work. I think most people on welfare would rather have a job.

CHARLIE GASPARINO: The biggest culprit here is the Securities and Exchange Commission. In the 2 years since the Flash Crash, they have done almost nothing about market structure. We have a market that doesn't make sense. It's mostly computers, which break down all the time. We have many markets, not just two markets, so how do you even know what the price of a stock is? The SEC needs to step in right now. They need to do a blue ribbon study.

CHARLES PAYNE: I've always said you should think of it in two ways: there is a difference between being an owner of a big American company and Wall Street and the shenanigans that go on there (Flash Crash, Flash Freeze, insider trading); you have to try to not let all that impact you. My problem was that after the fact, the NASDAQ was not contrite at all.

MELISSA FRANCIS: A lot of us had sources there, about halfway through, everyone went radio silent. I had the CEO of Old National Bancorp on afterwards and he had just switched his company to the NASDAQ on Wednesday. He said he wasn't worried, which is great for a banker, but at the same time he said he received one, maybe two emails from the NASDAQ saying, "Don't worry". There wasn't any information beyond that. They went radio silent not just to the media, but to the people that are paying them fees to have their stocks traded.

ADAM LASHINSKY: Technology has lowered the barriers for all sorts of investors, but when it goes down, it really goes down. Charlie is right; the SEC has totally failed here. The NASDAQ needs to have a fail proof system and they obviously don't. They should not be allowed to operate until they do.

BEN STEIN: The question you have to ask is, how much better off are we with the computer system? I don't think there's been any data showing that we are better, that we have more liquidity, or that the prices are better. For the very long run, I think that stocks are better.

GEORGIA TECH SOPHOMORE: IT WAS MY JOB TO GET THE FRESHMEN EXCITED ABOUT WHY THEY WERE HERE

CHARLES PAYNE: Everyone in Washington, D.C. should have been in the front row for this speech.

MELISSA FRANCIS: I think the key was the music, but I also think that someone like this isn't going to go to Washington to be a politician where we need him to pump people up, he's going to sell something worthless on late night TV and make mint!

BEN STEIN: Talk is cheap. I wrote a lot of speeches and that's how I know that talk is cheap. This guy is an inspiring entertainer, I would love to see him on TV with his own show, and he's an amusing guy. He has great speaking abilities, but it says absolutely nothing about his future.

CHARLIE GASPARINO: I thought he was annoying. If I was in the audience I would have thrown an orange at him.

ADAM LASHINSKY: Most of you criticize Barack Obama for giving lofty speeches, and yet you're celebrating this kid. I'm with Charlie and Ben.