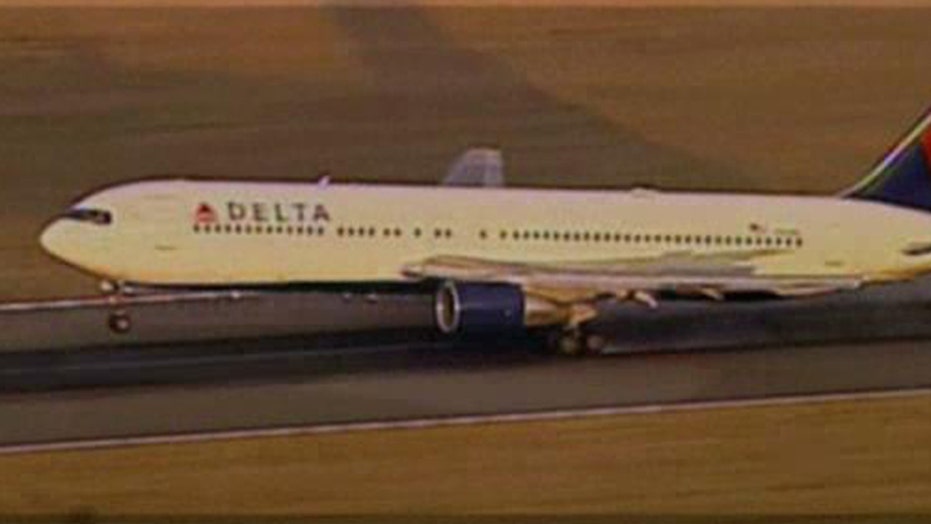 JOHN LAYFIELD: Yes, no doubt about it. That's what's happening right now. We have the lowest labor force participation rate since 1979. And just a year ago, President Obama was saying this is the last time we need to raise taxes. President Clinton has said the exact same thing, but for years they railed on the Bush tax cuts so this is why we've got deficit and then they make them permanent. They raise taxes on the rich and everybody gets free pizza. It's not working. And what we're doing is not working and raising taxes further is going to further this economy.

JEHMU GREENE: I think when you look the at the jobs report that came out yesterday, it proves one thing; we have to continue to invest in this economy and create jobs. And the only way we're going to be able to it do that is if would he we finish the job that was started in January, but we also have to close the loophole.

GARY B. SMITH: The left is under the delusion that the government can somehow create jobs and if we just give them more money and we give them enough time, eventually they'll get it right. We saw though from the first Obama stimulus that it didn't work. It hasn't budged the needle at all. As John points out, we have the lowest labor force participation rate in the last 40 years. Second of all, even if you say, oh, my gosh, Obama has been a success, I don't see how anyone could, and it goes back to the times of Roosevelt. He tried for three terms to have the government create jobs, and it doesn't work. The private sector creates permanent jobs. We can have a couple of guys holding up road signs for a couple of weeks and those jobs go away. Those are temporary jobs, we can't count on the government to create permanent jobs, and it hasn't worked in the history of mankind.

JONAS MAX FERRIS: It is, I mean, if you raise taxes people have less money to spend. It's not good for spending, which means it's not good for job creation and we have to have taxes to have a society and we can't balance the budget just raising taxes on the top 2 percent of the country. Getting specifically job creation, the current proposal, I'm not going to talk about the other problems in the tax code. If we were to remove deductions for some people or all people, believe it or not, that creates more demand, because you're putting money in an IRA account because you get a tax break today to spend it in 30 and 40 years. Imagine during a recession, no 401 contributions and a tax break. All of that money would have got spent during the recession. So this particular proposal may not cause joblessness to go up in the short run. It's not a good long-term policy.

TOBIN SMITH: Christina Roamer, the esteemed economic counselor for President Obama only spent like 30 years researching the facts on when you raise taxes does it affect jobs. Her numbers, 700 billion of raised taxes would be probably 700,000 to 1.5 million less jobs created and if you take this offer the 10-year period, these would be millions and millions of jobs. You can't make the argument economically that quote, unquote, raising revenues, which is the code word for raising taxes, is going to help. The private sector takes capital and creates jobs.

JOHN LAYFIELD: They should be pointing the finger at themselves. The sun is in your eyes, your shoes are untied, I'm certain it's not your fault that you've lost money collectively since Orville and Wilber Wright flew at Kittyhawk. They're losing money left and right. Our government is just as inept but you can't blame them for your own problems.

JONAS MAX FERRIS: The point about the airlines being a terrible industry is true but the recent phenomenon is partially to blame the government and the payroll tax. There were real cuts in the government and people are firing people. If you work in government and one of the 20 people in your group got fired because of the sequester cut then you start getting worried. He's not going to fly on a trip to L.A. anytime soon and you don't want to go to Disney World you think you might be next and it leads to less air travel at the margins, it could definitely hurt the airline industry a little bit.

GARY B. SMITH: Brenda, I think I'm with John on this, I think the whole thing is just silly. Jonas mentioned well, you know, there are these cuts. Look, as far as I can tell, the sequester hasn't slowed down the government. You know? So I don't think it's slowed down any spending they're going to do on airlines, so, most of the people were furloughed, so, all of the people that are furloughed that were going to fly and then didn't fly because of that, are never going to fly, I think the number is minuscule. It'd be like me saying, well, I was going to fly this week and now I'm not going to fly and Delta then saying, Gary B. Smith didn't fly that week, that's costing us. I think the whole thing is silly.

TOBIN SMITH: First up, Gary we knew you weren't going to fly anywhere, anytime. You happen to live in the D.C. Area and you know that, for instance, U.S. Air has a hub at national airport and yes; about 4 to 8 percent of their traffic is related to the government. Either direct or indirect and military by the way, let's not forget that. U.S. Air, basically, the numbers have been going up, I'm using the graphic here, until they got to that point. Delta, that's a bunch of malarkey, delta tried to raise the fees and they've blown up. You know who did well? You know, Southwest, was taking flights from Baltimore.

JEHMU GREENE: No, absolutely not. And someone who buys tickets at the last minute a lot, I cannot stand the way they try to gouge us last minute flyers and that's what this is about. You've seen the number of people flying go up by 4 percent over last year's mark, but what they're having an issue with, is that fewer people were making the decision to fly at the last minute that's where they took a hit, but I'm not feeling the pain of these airlines. They do not need to gouge us and they're real consequences of the sequester.

GARY B. SMITH: I think there are a couple of things going on. Workers have every right to want more wages and I think the union wants to expand and grow its monopoly, if you will, but it's going to back fire. Here is why. If you're the owner of a McDonald's franchise and employ 25 people at 7 1/4 and doubles to 15.50 an hour you're going to say wait a second; I can't afford to have the 25 people. You're starting to lay off people or if you say, well, everyone's essential and these workers say well, McDonald's franchisee, he can afford it, but he may not have enough profits to open another one and create more jobs. It's going to back fire as it did with the auto industry, the steel industry, with the airlines. Unions end up creating fewer jobs, not more.

JEHMU GREENE: Well, Brenda, first, the rage is for real. So many of these workers at McDonald's, they're living off food stamps and some are living in homeless shelters. Throughout the recession, there was one sector that actually was doing quite well, and that was fast food companies. McDonald's the top beneficiary of the recession in many ways and we've seen over the last ten years the CEO of McDonald's, the pay gap between him and what his workers make has more than doubled. This is why these workers have rage, this is why they're out there and you also have McDonald's being one of the leading people lobbying against raising the minimum wage when if we did more people would have more money in their pocket to go and get the big Mac and small fries.

JOHN LAYFIELD: I'd like to get paid $108 million like Tony Romo makes and I've only played one less playoff than he has. Gary B. is right; they have a right to ask for more money. If they're making $9, they're still making what puts them in poverty and we have 60 million in poverty and that has to be addressed. Because of the problems in Washington D.C., not McDonald's, this is not being addressed.

TOBIN SMITH: Of course it's a great stunt and they do it in New York City where expenses are very high, but look it, two things, number one, these are actually unskilled workers. There's not a lot of skill to turn the burger or push the cash register, I'm sorry I hate to break the bad news, Jehmu, but 28 percent of people ages 18-30 years old are unskilled and unemployed. If they want to hire they're going to have to bring new people in.

JONAS MAX FERRIS: First thing I learned in economics, raise the labor rates and the demand for labor goes down. There's a glut of labor forming at the lower end of the economy. It's like when we had gas at $.90 cents a gallon down at the pump in the 90's - we're not going to consume it all even at lower rates and it's going to hurt the economy. The wages are low and we have high unemployment. If low wages leads to more demand for labor and jobs then why aren't these people working?