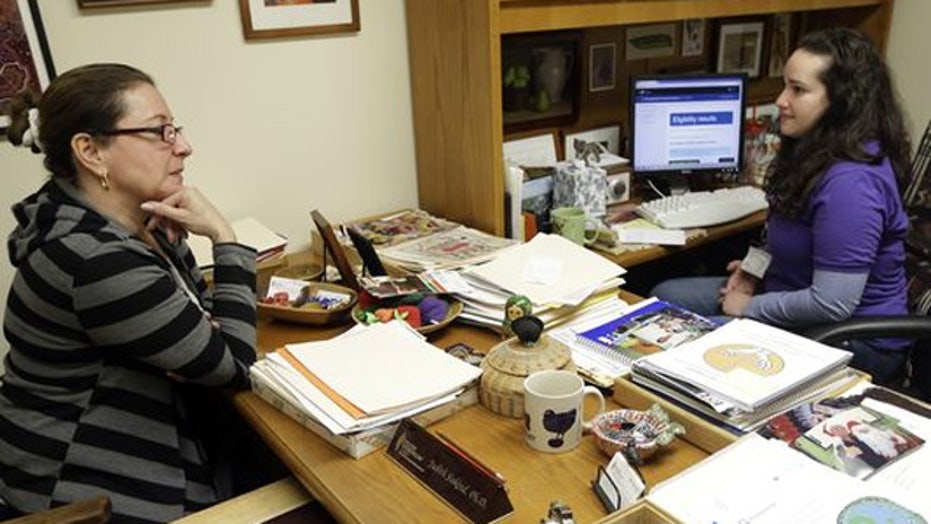 Should you fear new wave of ObamaCare cancelations?

RICH KARLGAARD: 2014 will be a train wreck. You have 40 million Americans who work for companies with 100 employees or fewer. Aetna CEO says the premium for the workers will go up 20 - 50 percent in the course of 2014. Even the government's own health and human resources says that up to 80 percent of those workers could lose their coverage.

RICK UNGAR: It's actually interesting, but a couple of fast corrections; They won't lose the coverage, they will see the coverage change. It has to because of the requirements of the law. However, I'll make a prediction for you, a surprise prediction. Keep something in mind. Individual insurance, the insurance companies have wanted out of that business for years. They don't make money. Small business, they do make money. You watch. There will be an accord between now and October. Mainly for the reason you just raised. Nobody wants to go in the election with the issue being a problem. There will be an accord, that will smooth the way so it works out much better than it did last year.

STEVE FORBES: In terms of an accord you don't have to worry about the Republicans or the Congress, they'll just do it anyway. Why let the law get in the way? In terms of the small businesses, this is hurting the economy. Another label of uncertainty. So instead of growing 4-5 percent, we'll be lucky to get 3 percent. Small businesses are the source of jobs. They have not been creating them. This is the worst creation for job creation since the war.

JOHN TAMNY: It's very simple. Small businesses virtue of being small often lack the means for gold plaited health plans. So, logic dictates a lot of them will be canceled or the cost will rise. When you look at it in a broad sense, President Barack Obama talks a big game of helping the common man to the poor. But every policy from increasing minimum wage, to wealth distribution, to ObamaCare itself harms the poor people. It almost gives you the people he hates the people he intends to help.

MIKE OZANIAN: Of course. ObamaCare increases or raises taxes 20 times on small business owners. Or 20 different taxes that are new or increased. As Steve alluded to, you have to ask yourself since small business are the primary engine of job growth in the country, why are so many people not even in the labor force anymore? This is the lowest labor participation rate since the depression. The president doesn't care. He is only interested in getting in the law, even if he has to lie about it for years to get it passed.

STEVE FORBES: You should haven't to pay something you don't like and including taxes. Dues are up $1,000 a year. They should have an opt-in choice. If you think they are doing good things you put up the money. But most like to keep the money they earn.

RICK UNGAR: That is already the law. That is not what this is about. Every member has a right to opt out what they pay for the political dues. The law and it's clear. This is trying to give them the right to opt out of all of their dues. It's about the sour grapes that happen. They put it on the ballot in the last election and people in California said it's not right. People in unions should not get something for nothing. The union represents them and they should have to pay something.

ELIZABETH MACDONALD: More than 95 percent. I think 97 percent of the union dues go to the democratic causes. Look at the numbers. 49 percent, half of teachers are the republicans or independents. When the teacher stand up and say no, that is when you see what is going on with the teachers. The union dues go to the Board of Education junkets for supervisors and campaign activities for things teachers don't want, like voter fraud in California and things like that. What country do we live in, when there are state laws called paycheck protection laws so teachers get protection for the automatic deduction of dues.

SABRINA SCHAEFFER: I'm proud of my home state. All teachers like women or other demographics are not cut from the same cloth. We have different values, interests and political leanings and that is a good thing. They shouldn't be coerced to support candidates or issues they don't agree with. Teachers are out there who said I believe in expanding educational freedom and the union is giving money to democrats who will do everything in their power to squash that opportunity. Or to sustain unsustainable benefits to bankrupt my state.

RICH KARLGAARD: You know, where I live in Silicon Valley, most voters are democrats. But they are very, you know, meritocratic and build great companies. I can't find a democratic friend who believes in teachers unions because American has fall so far in math and science relative to every other country in the world. We're on a cusp of revolution and it may start as revolutions often do in California from unexpected place.

STEVE FORBES: Yeah. Why have a constitution? If Congress doesn't do what you want them to do, bypass them to issue an executive order. We used to call that a dictatorship. The courts are waking up to it. It looks like Supreme Court is going to knock down what they did with the recess appointments to the national labor relations board. Other courts are waking up. We have checks and balances, not in the fiscal side but in terms of the political power and the courts are waking up to the threat.

RICK UNGAR: You have to expect when you a situation we are in now where we can't get congress to do much of anything, presidents will always turn to the executive power. There is going to be people who don't like what he is doing who is going to react as Steve reacted. I get it. But the fact is somebody has to do something to get certain things moving in this country. I got to tell you, you look at what the president came up with this week. Jack Kemp like enterprise zone plan, that's a great way to use it?

SABRINA SCHAEFFER: He is so confused. I don't think this is a good way to create policy. But there are things, especially in the energy domain the president could use the executive order to help the economy. For instance, he could allow through executive order more offshore drilling through the Atlantic and Pacific. There is an argument to be made he could permit the keystone pipeline.

BILL BALDWIN: You could use executive orders in a positive way. One way Obama could do something good to loosen up the job market. What if he declared that the government is color blind, no more quotas or impact.

JOHN TAMNY: Unlike Rick I'm happiest when Washington is doing nothing. Beyond creating jobs that like certainty. Obama acting unilaterally will create uncertainty and hurt the job creation.

Stocks started the year off on a slow, bumpy ride, but our informer's have stocks that are ready to take off again!