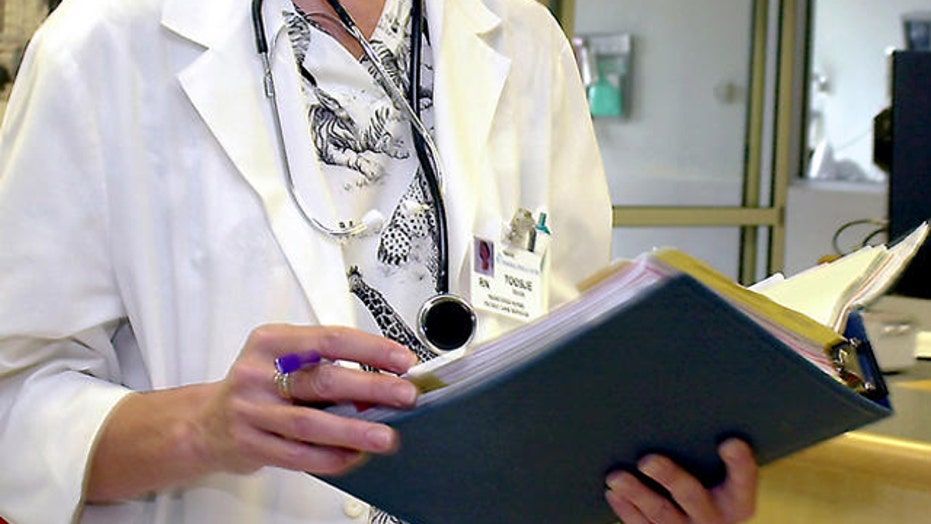 Should IRS remain in charge of enforcing ObamaCare?

STEVE FORBES: Their new name is now the Internal "Revenge" Service. They have fundamentally blown the trust of the American people and if a 29 year old can blow the lid of a most secretive intelligence of secrets, why in the world would we trust the IRS?

MORGAN BRENNAN: I understand why they don't trust the IRS; I have my issues with the IRS but looking at what ObamaCare boils down to, which is a massive tax package, according to the Supreme Court ruling last year, who else is going to enforce this? We are talking about a 47 tax code related provisions, 18 tax increases, this falls to the IRS. The bigger issue here isn't whether we should trust the IRS; it's that we have murky, poorly written legislation. If there is any heaven forbid scandal that comes up about this, it's going to be because of the legislation, not the IRS.

RICH KARLGAARD: Clearly not, they have lost the confidence of the American people. The electronic medical record in the United States is 20 billion in size, there is a company called Epic Systems, whose CEO is Judy Faulkner, who is a big Obama donor, there in a position to get half that business, she's the only known representative on Obama's commission to look into medical records under Obama care. I think this thing has many layers yet to come, it reeks.

RICK UNGAR: Let's not be too quick to judgment. This is a very bizarre lawsuit that was brought in a Southern California court, the plaintiff wouldn't even list his name, and when an attorney was asked to comment on it, he said well I really don't know much about it, I need a few months.

ELIZABETH MACDONALD: We don't know the details about who filed this, I get that. There are a lot of question marks about this lawsuit. The IRS has a whole division to fix wrongful seizures of paycheck and houses and the IRS makes so many mistakes enforcing the tax law as it is. Your electronic medical records, we don't know yet whether or not they will be part of your tax return, so that's a real problem. The IRS gets to dictate or enforce whether or not you have adequate, affordable coverage. They get to find out the cost of your plan, the cost of your plan that businesses or small businesses are giving you whether you are getting insurance from the company. In order for us to enforce the mandate, which gets slapped against your household income, not just your paycheck, but your entire household income, so they have to find out all of the income in your house.

JOHN TAMNY: This is bad news. The very entity that blunted the anti-Obama care ground game just a couple years ago and more recently, is now charged with enforcing this unconstitutional law on the American people. Let's add that the IRS employees themselves are exempt from Obama care. This is a scandal and I'm glad we are covering it.

Is college education today worth the expense?

ELIZABETH MACDONALD: $122,000? I started at $19,000 a year with a college degree. Get an accounting degree or a good technical or engineering degree instead and buy a house instead. Michael Dell, Henry Ford, John D Rockefeller, they didn't go to college and did pretty well by themselves.

RICK UNGAR: If society ever gets around to how we start valuing people, fabulous. In the mean time, we know that if you have a college degree, you will make 85 percent more over your lifetime than if you don't. That's up from 74 percent from 1999. For whatever reason, it matters. Yes we are under some strain right now with college graduates having a hard time finding jobs, but if you take all college graduates, they actually came up ahead after the recession began. This will work itself out, as I say, if we start valuing people differently, great. In the mean time, if you want more money, you need a degree.

SABRINA SCHAEFFER: We know that the high price tag doesn't necessarily translate into high value. We know that 53 percent of college graduates are either unemployed, or underemployed, so things are looking a little bleak for some of these graduates. If you dig a little deeper, college graduates who are coming out with accounting degrees, computer science degrees, as in so many other areas are doing so much better than people like myself who earned a Liberal Arts degree. In the end we need skills, not the ability to write essays.

JOHN TAMNY: They don't but even if they do, college never offered anything of real world economic value, it offers something different. We go away, we grow up, make friends and contacts and in a good economy, it helps us get a job. There is a reason why tuition continues to rise; parents and kids see that there is a real value to having a degree by your name. We have to recognize that it isn't the education; we get something different of value from going to college.

MIKE OZANIAN: The reason why fewer graduates are earning a return on their investments, or their parents, is because government subsidies have raised the tuition of college and at the same time, this is the worst economic recovery we have had since the depression. It's harder to earn that return.

STEVE FORBES: It does and what we have here says more about our dysfunctional government than our colleges if this guy could make that amount of money and have that amount of access. In terms of colleges, what you are going to see more and more of is a hybrid, online and a few weeks on campus. You can see it in these executive programs, Harvard business school and others, you do 2-4 weeks on campus, 12-16 weeks on your own, on a computer. That's the view of the future, you get the knowledge at a fraction of the cost than do you do now.

FLIPSIDE: More people quitting their jobs is GOOD news for the economy

MORGAN BRENNAN: This is very good for the economy and is reflecting the fact that more employed Americans are feeling confident about their job options and we are starting to see their mobility take shape. This is also being seen in our current unemployment rate, it ticked up to 7.6 percent last month and that's because more Americans are feeling confident to go back into the jobs market after record numbers dropped out. It's also good because we are seeing the long term unemployed numbers so people who have been unemployed 6 months or longer, that number has dropped about a million as well.

STEVE FORBES: This is a sloppy labor market, this is a sloppy economic recovery it's like a baseball player playing .250, sometimes he will look like he's Babe Ruth, other times look like he couldn't get beyond little league. Pick your game, pick your number, but overall it's a sluggish economy.

RICK UNGAR: We are reaching the real hit on the baby boomers. A lot of these people who are quitting are actually retiring so you have to factor that in and it will continue. It's also always a good thing if people feel secure enough if they can leave their job, they must think there is another job out for them.

MIKE OZANIAN: That paints an accurate picture on how strong this economy is doing, it's only at 63.4 percent, that's typically a number you see during recessions. What you want to see when people leave their existing job is to get another job that pays more, that's a sign of a healthy recovery, not what we are seeing now.

SABRINA SCHAEFFER: I think I fall in the middle; I'd like to know where these quitters are; are they in Austin, Texas or are they in Washington DC where we are seeing a lot of growth or they in places like Detroit. If they are, then I'm more hopeful. I'd like to know what their college degree is, if they are coming out with a degree in accounting, they may have more opportunities.

RICH KARLGAARD: In a country as large as the United States, you always have to be wary of averages. Don't underestimate in these statistics on how easy it is to get on disability today. If you find a sympathetic doctor to put you on disability for let's say, blood pressure that is too high. People don't have the incentive to stay in the job marketplace like they did in the past.

According to a new study, we spend more on Mother's Day than we do on Father's Day. Let's show Dad how much he means to us by buying him some money-making stocks.