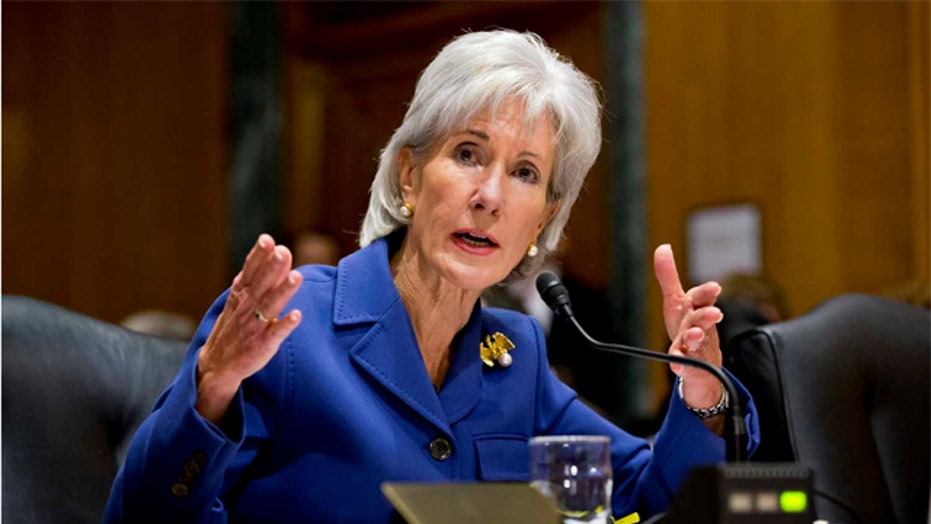 Secretary Sebelius vs. CBO: Who's right?

SEBELIUS: NO JOB LOSS UNDER OBAMACARE

JOHN TAMNY: The secretary's comment is a reminder of how fraudulent the economics profession has become. The simple truth is ObamaCare is a huge cost for businesses. That's going to reduce profits. Reduced profits means less investment which means lower job creation. You don't need a PhD to state the obvious. This is common sense. It's anti-capital formations and anti-job creation.

RICK UNGAR: I will agree with you that saying every economist is an overstatement. I know some who disagree with her. But two quick points. First, I'll remind you two weeks ago, AOL tried to pull a big change in their 401(k) program blaming ObamaCare. Nobody bought it. It was a lie and they had to back off of it. A lot of companies are trying to blame ObamaCare when they want to do something else. Point number two, remember, 96 percent of American businesses do not employ enough employees to even be qualified for ObamaCare. So we're only talking about 4 percent of the companies and a number of them are self-insured.

STEVE FORBES: ObamaCare originally wanted to extend the employer mandate, which means expenses for businesses that didn't have them before. And also there's a big tax increase, David. If you earn more, your subsidies go down under ObamaCare. If you go from $35,000 to $50,000 a year, when you add up the taxes, including loss of subsidies, it can reach 50 percent. That's a mobility killer. Job killer, mobility killer, un-American.

RICH KARLGAARD: That's absolutely true. The Congressional budget office which is nonpartisan, esteemed by both parties, predicts that 2 million people will leave the labor force. I think when 2 million people decide to leave the labor force from an already abysmal labor participation rate that counts as job loss. CBO predicts we're going to be 61 percent labor force participation by 2017. That breaks all records on the downside.

SABRINA SCHAEFFER: This is a perfect time to quote Mark Twain. Lies, damn lies and the statistics. The facts are on our side. UC Berkeley is anticipating over 2.3 Million jobs cut down to fit that 30-hour minimum. The CBO -- it's not complicated. $500 Billion in new taxes, $800 billion in new regulations and $1 trillion in new subsidies. This is not a recipe for job creation.

ELIZABETH MACONDALD: this is sort of like what the CBO study was saying. You're going to be liberated from your job. This is the democratic line; you're going to be liberated. Health care reform allows us to be liberated -- listen, I'd like to learn to play the piano and have everybody subsidize me. What Sabrina is talking about is absolutely right. The lunatic complexity of health reform has turned into that saying, a camel is a horse designed by committee. That's hurting small businesses who are already paying effective rates, total tax in, all in, two-thirds of their profits to taxes. Medical device makers are seeing layoffs, because of the excise tax on their sales. What the Madam Secretary says is provably wrong. The fact that there are thousands of layoffs in the medical device industry already taking place over the last couple of years, directly attributable to health reform.

PROOF THAT TAXPAYER SPENDING ON GREEN ENERGY IS A BUST

ELIZABETH MACDONALD: Yes. Jim DeMint had it right. This is socialism of the worst order. Since 2009, 32 billion bucks in loans went out the door to 26 different projects. Only about 2,300 jobs created. That's about $14 million we spent per job when the president said, we're going to get 5 million green jobs by 2018. A lot of the money went to establish big utilities and companies that were sponsored by Goldman Sachs. Is this the way we want to go?

RICK UNGAR: Can I say oops? We get lots of the negative stories. But let's talk about Tesla whose stock is skyrocketing who has gotten more money than they did and paid it back early and created a technology that's going to benefit everybody in the future. If you're enjoying watching us on television right now, the reason you have your television is from government subsidy and government creative assistant in creating the television.

STEVE FORBES: But it's one thing for government to do basic research. Quite another to pretend it's an investment banker. Leave investment banking for others and stick to the basics. You get a Tesla every once in a while but you have more and more disasters. They're not in the business. They don't have the discipline. Let those who know what they're doing have a crack at it. Not bureaucrats who don't know what they're doing and playing politics. Government is politics, period.

RICH KARLGAARD: No and I live out here where there's a Tesla every other car. I think Apple will buy them and everybody's going to make a lot of money. But, look, the government should be doing R & D on new energy sources. We should be doing more of it. What we should not be doing is trying to pick winners because then the money is always going to go to the politically connected and what you do is you crowd out real entrepreneurs when you do that.

JOHN TAMNY: Yeah. I'm going to have to disagree with Rich here, too. Government should not be in the investment business, period.

SABRINA SCHAEFFER: The reality is that we invest six times more federal subsidies into green energy than on fossil fuels yet the private sector is backing away from green energy because it's not been profitable thus far. We now BP ditch its wind investment. We saw Solyndra and Fisker. These are serious problems. We need new ideas and federal subsidies simply prop up otherwise failing businesses. They don't make it a successful business. It crowds out real innovation.

SABRINA SCHAEFFER: Gosh, no. I talked to my mom last night. She was a teacher for many years. This is sort of heartbreaking when you think of it. I have three little kids. I know how unruly they can get. But violence and anger begets more violence and anger. This is the wrong way to go.

JOHN TAMNY: Oh, I think we probably should relax a little here. Growing up, I had teachers who were violent. I certainly had coaches who were violent with me. Some of us probably have British ancestors who had their knuckles wrapped. The great thing about the U.S. is that we live in 50 states. Parents should make choices. Some want a lot of discipline, some a little.

STEVE FORBES: The culture has changed. I was thrown against the wall for dissing a teacher. But the problem is schools is not about spanking. It's about all these rulebooks, litigation. It's hard for teachers to have discipline. Spank the lawyers, spank Congress and we'll be off to a good start.

RICH KARLGAARD: Yeah. I really wish we could. John is right. Kids are a lot more resilient than parents and psychologists ever imagine. And I think spanking can be appropriate. But the probably is, giving the authority to government-employed teachers who are protected by a union because we know there are bad apples in that bunch and you can never fire them.

ELIZABETH MACDONALD: Any government worker comes near any child, I will spank them and punch them in the nose. Government is not allowed -- no teacher is allowed to touch a child. I am so against this. This is making me so crazy. I almost want to yield to Rick Ungar. I would go down tomorrow on a plane and I will spank that Kansas lawmaker who even thought of this. I'm going to give him 20 spankings until he changes his mind.

RICK UNGAR: The most important thing I just heard was Steve gave us words to live by. Spank the lawyers! Of course it's ridiculous. Nobody should be touching our kids.

Tell our viewers which stocks you are buying now, or what stocks are in your 401(k).