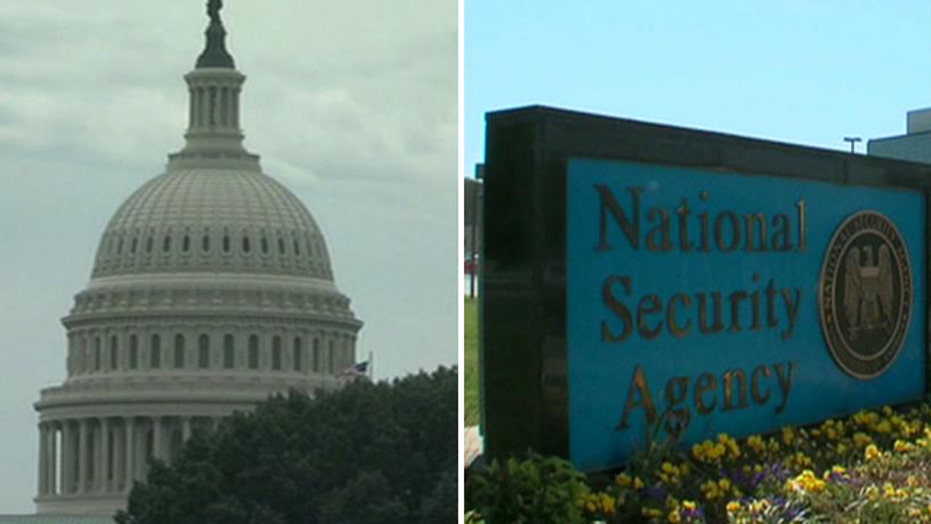 NSA OFFICIALS GAVE CLOSED-DOOR BRIEFINGS TO LAWMAKERS ON SURVEILLANCE PROGRAM; SHOULD THEY OPEN THE DOORS TO TAXPAYERS?

CHARLES PAYNE: The secret meetings about the secret recordings that the American people still aren't sure about; at some point, we should get something more than just a memo from the NSA telling us what they did. We deserve answers; we deserve to be in on it. If there are sensitive things that they've got to talk about, that's one thing. But I think it's an affront. I think these guys have contempt for the American people, contempt for the constitution; I think they just don't care.

BEN STEIN: We know the terrorists are finding other ways around it; all we have to say is Boston or London to know that. But of course Dagan is right; it is a very delicate balance. And of course, we don't ever want another 9/11 or anything remotely close to it. But if what the NSA leaker said is true, which is that he can listen to phone calls and see the e-mails of every person in the world, especially every person in the United States; that is a terrifying situation. And the terrorists accomplished far worse than we at first thought.

CHARLIE GASPARINO: I don't believe everything here is top secret. I think there is a degree of information that we can get out of this that does not violate those security concerns. I really do worry about this administration when it's James Rosen, when it's the IRS, when it's this stuff. I'm a reporter; I can put three trends together and come up with a story. I worry about this story, about this administration. And we should at least have some insight into this stuff.

ADAM LASHINSKY: I'll try to cut the balance between Charles and Charlie here. I'm a reporter, too. I always favor openness. We deserve answers here, but this is national security. If there's one instance where we can agree, "Let's let them have their conversations in secret," and then absolutely report their findings to us....

EGYPTIAN LAWMAKER CAUGHT ON TAPE SAYING AMERICA IS THE ENEMY; IS IT TIME TO STOP SENDING BILLIONS OF OUR TAX DOLLARS TO EGYPT?

CHARLES PAYNE: We've been getting slapped in the face since the end of World War II. We've given away a trillion dollars to help countries around the world, our soldiers have fought and died around the world. We always get this kind of push-back. No one's grateful; no one cares. We're a Judeo-Christian nation. We believe in helping each other; we believe in helping out others. The cash has got to start coming with some strings attached.

DAGEN MCDOWELL: It was really shocking, frankly. Maybe now is time to do a cost-benefit analysis for what we're getting for our money out of Egypt. We never do, but now is the time to do it.

CHARLIE GASPARINO: Foreign aid does serve a purpose; we have some impact, some relationship. This is a vital part of the world. We get some degree of stability.

ADAM LASHINSKY: If we base decisions on what every member of any legislation says, we'd be on pretty thin ground here. We're giving them that money for our interest. We're playing long ball. Sure, we should examine it; we should do a cost-benefit analysis. But we make investments here for decades, not for what happens next week.

BEN STEIN: We have been giving aid to these Arab countries for a very long time. They almost all hate us. We're going to keep doing it because it's not Iran. We'll give them almost any amount to not become Iran. We can't give them anything; then, they'll hate us even more. $1.3 billion is a drop in the bucket.

NEW JERSEY STATE LEGISLATURE DEBATING A BILL THAT WOULD ALLOW POLICE OFFICERS TO LOOK AT YOUR CELL PHONE IF YOU GET IN AN ACCIDENT; SMART IDEA OR AN INVASION OF PRIVACY?

ADAM LASHINSKY: This is a good example of where you could think government does a lot of good on the one hand, and on the other hand, wanting to protect us from our government. I think they have every right to find out if we were texting right before we were in a crash. But they don't have the right to rifle through our phones and look at all of our records. If they have probable cause, then they can go ahead and try to find out specifically if we were texting right when the crash happened. Technology allows it, and if it doesn't, then we need to develop the technology.

BEN STEIN: I've been crashed into repeatedly by girls who are applying make-up or men who are texting, and I don't like it at all. I would like them to be able to see if people have been texting. Texting while driving is an absolute outrage.

CHARLES PAYNE: Adam talked about probable cause. Can you imagine in Jersey....? We're going to start seeing high-speed chases. They're throwing the gun out the window and the cell phone. What the heck is going on?

CHARLIE GASPARINO: I do know this about the law: probable cause one of the easiest things to create if you're a law enforcement official. So, I do worry about this sort of stuff. If someone crashes into Ben Stein, arrest him for crashing into Ben Stein. Not for possibly texting.