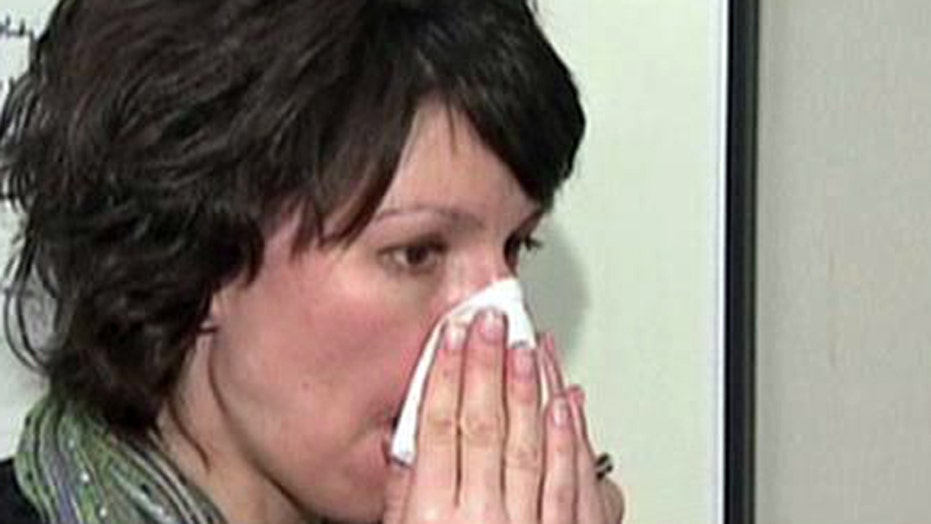 Worst flu season in a decade?

NO SPENDING CUTS FROM D.C. DESPITE $4.6 TRILLION CB

DAGEN MCDOWELL: I love that you're talking about Honey Boo Boo. Her mother is an extreme couponer. She can do math, she knows how to save money. That's the kind of attitude that we need down in Washington - people who know how to pinch pennies and save money. Those folks in D.C. won't do it until the American people agitate them to do so. When you talk about Social Security, raising the retirement age and making tweaks to programs - most people in this country go bananas. That's why D.C. isn't doing anything.

CHARLES GASPARINO: I think this debate is a huge distraction from the real problem.

ADAM LASHINSKY: I would state this differently. The CBO is playing math games, which is fine. Cut one percent, this is what you get. What they're not playing are political games. Congress has to play political games. I completely disagree with what Charles said- that these people are somehow inherently as a group corrupt. I don't think that's fair, Charles. If you want to say they're not doing their jobs well, they're not making the tough political decisions- fine. That's different from corrupt. And Dagen has hit the nail on the head. We support them in these things. We don't want them to cut these programs. That's the political problem.

DAGEN MCDOWELL: Absolutely, unemployment is still at 7.8. I think that managers in companies far and wide do not do enough to tell people to stay at home. I think that fear is right and just. People are in deep, deep fear of getting fired.

ADAM LAHINSKY: The real fear is for people who make money by the hour, and if they get sick, they don't get paid period, it's not even the boss they need to worry about. So this thing is an economic tragedy. Employers are doing a disservice having sick people in the office, that's going to get other people sick, obviously.

BEN STEIN: I'm in Washington D.C. today so out where I am isn't that far away. I will tell you something about how scared people are. Last night I was watching Skyfall, the new James Bond movie, for the 10th time, great movie and one woman started coughing and everybody in the theater moved away from her. People are terrified with good reason. It's a vicious flu and people should not be going to work and spreading it. It's extremely socially irresponsible.

CHARLES PAYNE: We've come a long way from, "Take this job and shove it." There's a joke at my company that you have to quit or be fired to take a day off. He wouldn't have because he would have been at work. No, no, listen, if you're sick, you're sick. I don't ask for doctor's notes, but you do have to be sick.

CHARLES GASPARINO: I would love to see the margin of error on the survey.

I mean, listen, we're generally a nation of wimps and whiners and complainers. People would sue if they got fired over taking a day off. I mean, this is a nation where people sue you for anything.

CHARLES PAYNE: Anytime the news headline is out of the airlines it's not a great combo for travelers because it means higher fees.

DAGEN MCDOWELL: Absolutely, but suck it up. It's not public transportation; it's the airline's business, thank you very much.

CHARLES GASPARINO: Let me ask you a question (to Neil): Is there an American business that you admire? You beat up on the banks, you hate green energy jobs, and you hate the airlines.

ADAM LASHINSKY: I'm not with Dagen on this, "We go to work to avoid our spouses' thing," but she's absolutely right, we do need to pay more to fly.

BEN STEIN: There's sort of an easy way to test what's going on: how big are the profits at the airline? We know they're either small or nil, so they're not overcharging us at all. The stockholders are basically giving us a gift by letting us fly on these airplanes