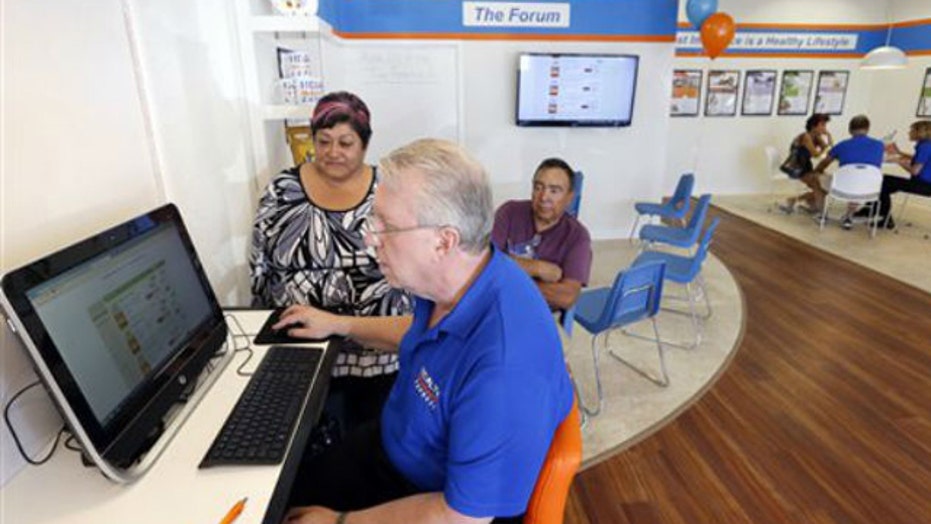 In Focus: Will everyone's premiums go up because not enough "healthy, young" people sign up for ObamaCare?

STEVE FORBES: They are inevitable. Young people know they are immortal so they aren't going to sign up until they need it, so of course they will go up. If they don't go up, you will be getting less or will be put in a lousy network.

RICK UNGAR: This is a little premature; let's have this conversation a little later. I want to talk about the reassurance pool that people don't seem to know is there. We have something built into this law that creates a reassurance pool so if the numbers don't work out this year; there is something to fall back on so we will keep any increases in the next three years down.

MIKE OZANIAN: I also think a possibility is that they will increase the penalty for not buying it, they would punish the people who didn't buy into this lousy Obama snake oil. They may not get the enrollment right away but enrollment could go up because the punishment for not enrolling will go up.

MORGAN BRENNAN: Yeah. I think as long as you have one percent of income right now or $95 to opt out you will see some young adults choose that right now. That being said, going back to Rick's point, I happen to agree. If you look at when Massachusetts rolled out the health care in 2007, the supposed data shows a lot of young adults came in at the last minute. We have a shoddy website. Young adults know tech and are not going there. They are waiting. Another point to be made, we saw the jobs report this week. We have young adults looking for jobs. They're holding out on that option as well.

RICH KARLGAARD: Well, yeah. There's that. There is also the fact that the cultural icons, Jon Stewart are openly laughing at the program. So you have technology that doesn't work. This is a tech-savvy group of people. Comedians on right and the left laughing at this program. And now you have number three, that Obama broke his promises, said in 2009 and 2010. So, you know, you have lack of trust going on here among young people. It will create actuarial death spiral.

JOHN TAMNY: The Obama administration, by extension, Rick's vandalism of basic economics would be funny if it weren't going to have so many victims. Simple truth, there is no insurance without healthy people. But the Obama exchanges give young every incentive to opt out and give the highest risk, every incentive to opt in. Premiums will rise based on what fails, simple economics.

204,000 jobs created in October; is this proof government shutdowns are not bad for jobs/economy?

RICH KARLGAARD: Well, America is the land of enterprise and of incredibly productive enterprisers. It shows you that even bad policy coming out of Washington really can't kill that spirit. And by bad policy, you know, we have the administration; we have congress, the senate, the run-away federal bureaucracy, unstable money, a lot of head winds that hit America. We should be growing at four percent.

RICK UNGAR: Yeah. That is apparently true, although I have to say the argument that this somehow boosted employment is interesting. Because what you're saying is everybody got together 17 days and unfortunately we lost $25 billion in economic action and lost $6 billion of government -- I don't understand why that is funny. What is the point you're making? Got shutdown and people plan employment figures for the next month, this is relevant?

MIKE OZANIAN: You are right. We're taking a page from Bill Clinton play book that shrunk it before the overall economy. Before the shutdown the expectations were that the economy would grow by 1.8 percent in the third quarter. Now they are saying 2.8 percent growth. We saw the same thing in the sequester, expecting the growth of 2.5 percent in the quarter. Excuse me, 1.7 percent. Came in at 2.5 percent. Why? Faster growth in private sector. That is exactly what happened when Bill Clinton was president.

ELIZABETH MACDONALD: What mike is referring to, I went and did a web search. Thousands of news stories said the government shutdown would hurt the U.S. Economy and it would shave nearly percentage point off of the G.D.P. growth. It didn't. I did not do that. G.D.P. Growth is up at 2.8 percent. Rich is right, we need to grow to 3.5 to four percent. I'm thinking we are in the United States of amnesia right now. Why are we so dependent on what the government does? We have been through decades before of crisis where the U.S. economy has come out of it because the sector has stepped up to the plate. 212,000 Jobs created by private sector this past report.

STEVE FORBES: The less government more chance you have for private sector to grow. We shouldn't break out the champagne too quickly, because the government shutdown did skew the survey. You have more companies reported on the establishment survey. That might have skewed the numbers. The household survey was not good. I think we wait a month to see how strong the job market is.

Debate: Are these "user fees" really taxes in disguise?

ELIZABETH MACDONALD: This reminds me -- I'm going to do a twist on what president Bill Clinton said once. It depends what the word "fee" is. The word "fee" is really a tax. What we see, on top of the user fees you cited more states over the last five years are becoming addicted to the fiscal sugar. $100 Billion in "fees" which are really taxes in the last five years alone, David.

MORGAN BRENNAN: I'm going to say no. Because a tax by definition is involuntary fees. These are not involuntary, at least on the individual level. You are talking about user fees tied to park admission and increase airport security. If you don't want to pay those fees you can opt out of taking advantage of those services.

STEVE FORBES: Sadly they become taxes. If it was a fee for legitimate service, fine. We saw the highway fund with the gasoline tax, they raided that. Airport taxes supposed to go for the air traffic control, instead rated for other things. In this case it's sadly a tax, not a fee for a service.

RICK UNGAR: I think both Morgan and Steve have it right. This is a user tax. It's not unfair to tax people for using something for somebody else doesn't use. Why should I pay for a road I'm not driving on? But Steve is right there are incidents where the fund is raided for other purposes. Do user taxes but keep it segregated for the legitimate purpose.

JOHN TAMNY: If we were paying substantially reduced rates I would say sure, user fees would make sense. But the problem now is we are give too much to federal government. I don't want to give them other funds to raise.

RICH KARLGAARD: I find myself shockingly in agreement with Rick Ungar on this. I don't think somebody does not fly should have to pay fees to the T.S.A. But as Steve points out, you know, this stuff is abused all the time.

Informer: Stocks hitting new highs this week. Tell our viewers which stocks are heading to their own new highs