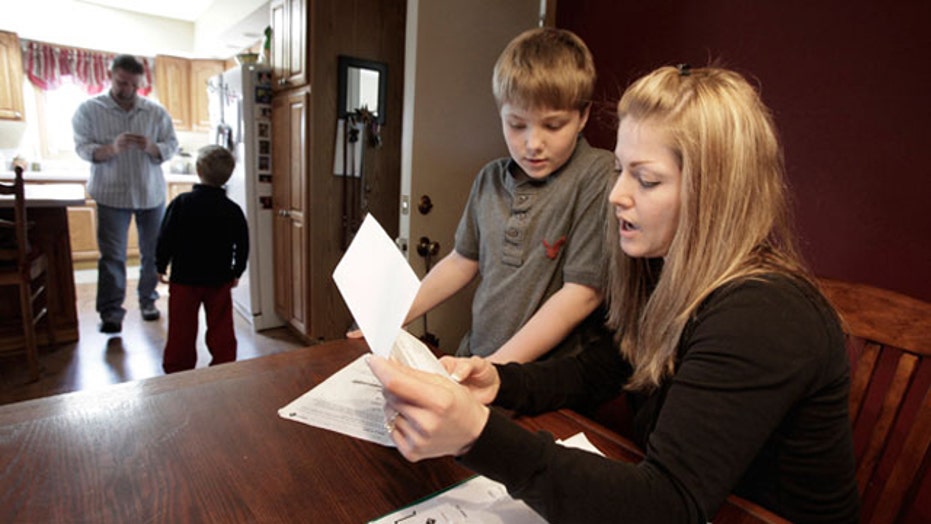 Report: America's middle class is no longer richest in world

THE UNITED STATES IS FALLING BEHIND WHEN IT COMES TO MIDDLE CLASS; ARE LIBERAL GOVT POLICIES HURTING THE MIDDLE CLASS?

JOHN TAMNY: The U.S. economy isn't growing because the government is too large. Americans aren't suddenly lazy, haven't run out of ideas. They suffer government barriers to economic growth. If you want to reverse this and restore the middle class, abolish the capital gains tax which penalizes investment in new jobs and companies would be a good idea. I‘d like to see the dollar stabilized. This is simple to reverse.

RICK UNGAR: We have a problem with income inequality. This started to kick in in the ‘70s. We've had conservative administrations and we have had liberal administrations. No matter what kind of administration we have, we aren't fixing this problem. The ability to send jobs overseas in the modern era, how much does that impact this? We have so many public companies today that have an obligation to shareholders over workers.

STEVE FORBES: The middle class has been under pressure everywhere around the world when you read that article closely including Germany which has the largest economy in Western Europe. Canada and Sweden were two countries cited in that article, and Canada has been cutting taxes. The corporate tax rate on the federal level is down to 15 percent vs 35 percent in the U.S. Sweden has been cutting taxes too. The solution is obvious, when you look at those countries in terms of minimum wage and things like that, Germany has no minimum wage, and their youth unemployment is 8 percent. France has a big minimum wage; their youth unemployment is 24 percent.

ELIZABETH MACDONALD: A lot of the new jobs that have been created in Texas. Plus the legislature in the state meets every other year. Calvin Coolidge did it, he cut taxes in half, cut government spending in half and the economy boomed 7 percent under Coolidge. Tell me which tax hike creates a middle class job, I don't see it. You have rarely seen median household income decline under a recovery as is happening under this president.

RICH KARLGAARD: When you have a size of government as we do, that is 23 percent of GDP, and it should be about 18 percent of GDP. Study after study proves the economy grows best when it's smaller at about that range but we are subsidizing all kinds of things. I don't want to beat up just on welfare recipients, but why are we subsidizing housing? Canada doesn't subsidize housing with mortgage interest reduction, and it has a higher rate of housing ownership than in the United States without those subsidies.

SABRINA SCHAEFFER: One of the problems, democrats and progressives that look back to the golden era of the mid-century and post-war where you had strong unions and manufacturing jobs that just don't exist in the numbers that they do today. We live in an information age where we have to change our tactics and what made the mid-century middle class so strong was the strong civic society. Everything wasn't solved by more legislation and more policy.

FORMER TOP WATCHDOG FOR THE DEPARTMENT OF HOMELAND SECURITY ALTERED AND DELAYED INVESTIGATIONS AT THE REQUEST OF SENIOR ADMINISTRATION OFFICIALS, COMPROMISING HIS INDEPENDENT ROLE AS AN INSPECTOR GENERAL

STEVE FORBES: It's like a Supreme Court justice getting instructions on a decision from the White House. You see it with the EPA, NLRB, health care almost every day, they are trampling on the law, and you see it in finance, everywhere. Laws aren't for them, they just do what they want to do, executive orders.

RICK UNGAR: This is wrong, this guy was kissing up to get another job, it's just wrong.

SABRINA SCHAEFFER: James Madison had it right, if men were angels there would be no need for government. But that doesn't mean that government needs to control itself. The fact is we have too big of a government. With this kind of largess, you have corruption. The reason people are criticizing the Obama administration is because he ran on a platform of transparency and change. But every week, there is another lie, corruption, misleading stat and change to existing laws.

JOHN TAMNY: It's bothersome but this isn't an Obama administration thing, presidential administrations tend to look out for themselves, they don't like this kind of oversight, but this is a problem of big government. If government does too many things, there is going to be scandals, attempts to avoid oversight. Shrink government, and you will shrink the number of scandals.

RICH KARLGAARD: He was elected in 2008 to save us from waters rising and all of these kinds of things, and now his poll rating is in the low 40s, he will lose the senate in the fall and they are circling the wagons. I think they are the least transparent, sneakiest administration since Nixon.

SABRINA SCHAEFFER: If your child is disruptive enough that they have to sent to a Saturday detention, and then yes, they need to know that and the fine might be an important wake up call. If these are charter school kids, they are already a self-selected of the population of parents who want to be involved and know what is going on. This might be a good policy for this school.

ELIZABETH MACDONALD: When money gets involved with local bureaucrats than maybe doing a lot of detention just to make the money. Some charter schools that I am aware of forces parents to attend detention with a student. That works.

RICH KARLGAARD: I think both are great ideas, also make the kid earn minimum wage by sweeping the floors. Charter schools exist because there is a lot of disorder in the public schools. They have to take disruptive students very seriously and get the message to parents.

JOHN TAMNY: I like this, education should be local and the biggest problem today is unruly students and parents that don't care. Anything that makes parents get more involved and get more out of kids, leads to better education.

RICK UNGAR: The job I had after high school, I would have liked to scrub the floors a whole lot better.

STEVE FORBES: Why pay the kid to sweep the halls, if they do something wrong, they shouldn't get paid.

JOHN TAMNY I'm a buyer of Amazon. It strikes me that having taken down traditional booksellers, soon enough they'll be the source of all our home television needs at the expense of the government-directed cable monopolies