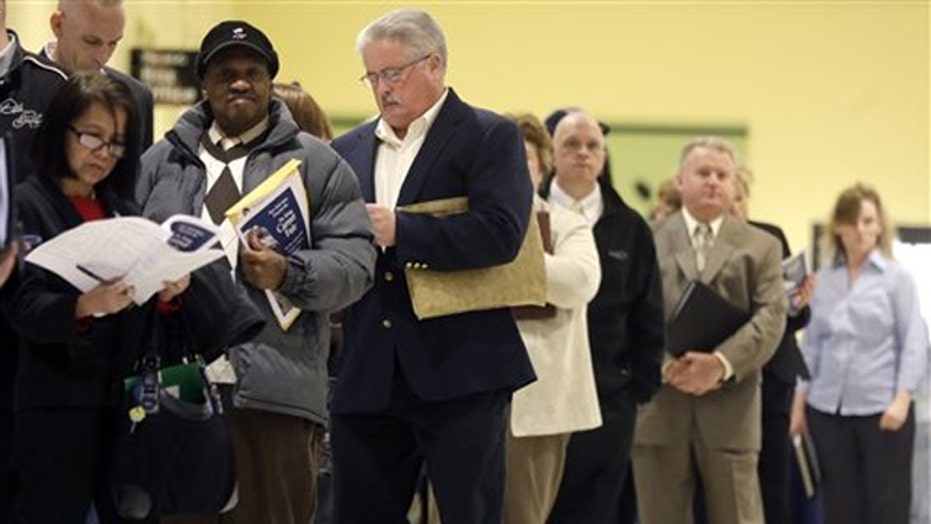 Push to make it harder to get jobless benefits

IN FOCUS: Missouri passes law to make it more difficult to collect unemployment if fired from job

STEVE FORBES: I know what the law is trying to do, it's a nice concept but in the real world it's going to be tough to work. The big government types are going to latch onto this and effect right rule books for workplace rules and conditions, so government can become intrusive. It's also going to be this green light for trial lawyers going in and saying ‘you shouldn't have done this or you should have done that.' Nice concept, but extremely difficult to execute.

SABRINA SCHAEFFER: I love the idea of the law, I think anyone who has been a business owner, who has managed an organization knows what a drain a bad employee can be but realistically implementing this, I'm afraid we are inviting the government into the workplace, we are going to see more government uptake in litigation and I'm not sure it will do much to change employee conduct.

RICH KARLGAARD: Probably not, but what if the firing has been turned into some misinterpreted joke that somebody thinks is harassment and somebody thinks is innocent. When you get into these gray areas, and invite government intrusion and lawsuits in. I think Missouri has done the wrong thing for the right reason. We have to bring down the cost of unemployment benefits but this is walking over landmines.

JOHN TAMNY: I like this law because I don't think government should be paying out these benefits and let's remember that businesses suffer the most because they pay into these unemployment systems and in doing so it raises the cost of them of luring workers back from raising from the sidelines. As for the notion of this being unfair, I would argue that we as Americans live in the richest country on earth while much of the rest of world lives impoverished. Life isn't fair and we better hope that if life ever becomes fair, we are going to have to live like other people, thank goodness life is unfair right now.

RICK UNGAR: Sounds great, great politics, it another one of these endless stream of state bills we are seeing these days. They could never pass judicial scrutiny, you're wasting the time of people who send them to state houses, they are going to spend millions on defending these laws that will never make it through the courts, it just can't work.

MIKE OZANIAN: it's created a big disincentive to work, if you look at this recovery, the increase in unemployment insurance; particularly the 2008 bill passed by congress reduced the incentive to work. What has happened is that the labor participation rate under this so-called recovery has declined, which is unusual under the Reagan and Clinton recoveries. The labor participation rate increased which is what you should be having in a recovery.

JOHN TAMNY: Obviously, this would be disturbing to parents but that doesn't mean the government should once again insert itself. The federal government exists to protect us from private intruders and it also exists to protect our rights to live as we want. It doesn't exist to serve as our nanny to us and serve as our parent. It doesn't take a village to raise kids; this is something that should be left to parents, not the federal government.

STEVE FORBES: This is a potent pill, you can have a lot of bleeding from it, it's not like buying a candy bar, a pair of shoes, or a sweatshirt, and this is potent stuff. If it's not used right, it can have very adverse consequences, so regulations here are the right thing to do.

MIKE OZANIAN: I think there is a role for government, doesn't have to be federal government, it could be state or local government, I don't want food companies to be able to produce poison and sell it as healthy baby food, so there is a role here. On a personal level, I have a 6 year old daughter, and I don't feel comfortable with the fact that she could walk into a drug store and buy something like this without the approval of me or my wife.

RICH KARLGAARD: I've never known anybody who have had teenagers and have survived the experiences and still appear libertarian. We have experimented with the drinking age being 18 versus 21, when its 21 you have 10-25 percent fewer traffic fatalities, there are an explosion of unattended consequences if we give permission to 15 year olds to go out and have sex anytime they want.

SABRINA SCHAEFFER: I'm all for smaller government but in this instance I think the government has a role to play, I have 2 daughters so this hits at home for me, but this is not a medial issue, this is about sex, it's about minors , it's about conception, there are so many issues at play. The idea that unelected judges or bureaucrats can stand between parents and their children on an issue of this magnitude just seems unbelievable to me.

RICK UNGAR: it's the FDA and the Obama administration that is challenging a ruling of a New York court that is making this available without parental consent and for kids 15. This highlights why we need government regulation from time to time.

SABRINA SCHAEFFER: I think it's good news if we are talking about a natural correction in the marketplace and if we find that Americans and banks and the government are being more responsible. I'm certainly for the ownership society when it comes to healthcare and retirement process but I'm concerned that the federal policies under President Clinton, President Bush, to push people to buy my homes with government-backed risky loans led to the economic downturn of 2007 and we can't ignore that.

RICK UNGAR: I think we are a few years away from really knowing, here is what we do know, it's only natural after coming from this dark period of real estate investors are going to be the first in. Those of us who get involved in residential real estate do see a bright future in the rentals market. But it's going to take a couple of years to see how the home ownership market normalizes. I think it's too early to ask the question.

MORGAN BRENNAN: I think the idea that homeownership and economic growth are tied is a new concept that really is indicative of the housing bubble. Historically when you look at the relationship between the two, there is no direct correlation. A great example is San Francisco, we have a thriving economy there and a low rate of homeownership. The fact that homeownership is low and it is projected that it will keep getting lower, it does reflect on just how poor the economy is. We do have so many people underemployed and median wages are still so lack luster and we have high levels of college debt.

STEVE FORBES: This gets into the government involvement in the housing market; it has turned housing into a pretzel on psychedelic drugs. It has distorted the market beyond redemption. Few banks are going to write a mortgage these days; unless it's guaranteed by the government because they don't know what the rules are if there is a foreclosure.

JOHN TAMNY: It's brilliant for the economy. Love it or hate it, capital moves at the speed of a mouse click. Where capital moves, that's where the jobs are. If Americans own less in the way of homes they are far more mobile in the pursuit of jobs and that's always good for the economy, we should embrace this.