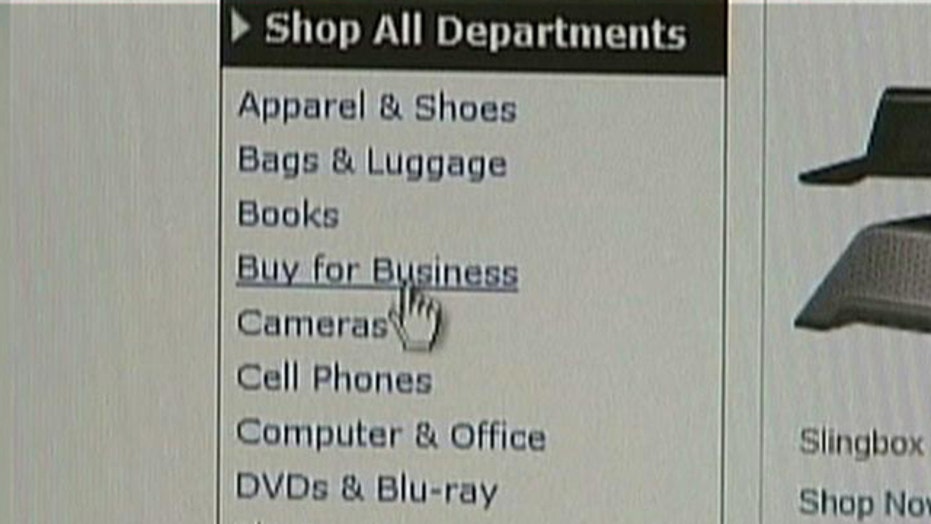 Tax on online purchases bad news for US economy?

GARY B. SMITH: Absolutely, Liz. You always got to look at kind of the cost-benefit. We spend $40 billion a year on foreign aid. But you look down the list of countries, I mean, my gosh, until recently, we were giving money to Russia as long as-as soon as six months ago. We used to give money to North Korea. But it doesn't stop there. Its countries like Libya and Chechnya and across the board, Liz. You got to wonder where the money is spent. Even when we do spend it on good stuff, in 2009 we had almost a half a billion dollars unaccounted for. It's another example where we just keep perpetuating something that seemed good maybe 40, 50 years ago. It's the wrong thing to do now.

STEPHANE FITCH: I understand the frustration and I mean, we've been just so upset in our household about this whole Boston thing. It's tempting to say to sort of throw your hands up, decides the world hates you and pull back. I just think it's the wrong target right now. I think to have them shut down the efforts we make overseas, we don't know, by the way, how much more they would hate us if we weren't giving any foreign aid and how much influence we would lose if we cut that program off. To Gary B's point, we give more foreign aid to the world than any other country. If you look at it as a percentage of our GDP, it's only .2 percent it's lower than what some western European countries give. I think it's the wrong answer.

JOHN LAYFIELD: Yes. Exactly. Look, with all due respect, saying we're going to give hundreds of millions of dollars to people so maybe they don't hate us as much? That's absolutely insane to me. We did that in North Korea and they just declared war on us. Try calling 911 in inner city Detroit right now. See how quick a response you get. They joke about the fact you get put on hold, same in many cities across the country. The reason New York City had a reduction in homicides is because of boots on the ground. We can use those assets. Forget whether they hate us. Are we going to take care of our own Americans first? After Katrina, we realized the 9th ward in New Orleans was worse than places in Haiti. We've got to take care of our Americans first. Doesn't make no difference if these groups hate us.

JONAS MAX FERRIS: Aren't we bribing them? Isn't that -- it's -- we're basically giving money to countries that don't like us so they like us more. I don't see how that wouldn't work. Would give them more money make them like us more? I don't think that will work. You have to think of it as part of our defense system. We're talking about this money like we don't also spend money domestically. We radically increased money for homeland security compared to these amount of money, yet that's where I'm seeing the weakness. What are we getting out of that compared to the foreign aid? They're both as opaque and wasteful, in my opinion. Doesn't mean they both should be scrapped. We should deal with the accountability issues. That doesn't mean cut all these budgets 'cause the concept is probably sound.

TOBIN SMITH: Trade is. But I think this history lesson we're confused about is we go back to the Marshall plan, the 40s in Japan and Germany and all the work we did to rebuild those economies. But we didn't put any strings on it. We didn't say you have to be this or that. They built their economies back and countries back. It was effective and believe it or not, people remember that. Maybe the French didn't. But if we're going to put strings on this money, then that shows how naive we are. You can't make somebody walk towards democracy.

JOHN LAYFIELD: This was less than 2 percent of the entire spend, what we spend as a nation. We're talking about the sequester. This was not very much. Congress did this as a political move. They said, oh, yeah, let's strand some fliers, let's see how bad the sequester is. Everybody was saying it was so bad. All of a sudden, these fliers get stranded and reach out, Congress all of a sudden decides to work together. They can't put a budget together. They are the only developed country in the world without a national energy plan. We have no economic plan, no jobs plan. But let a few flyers protest congressmen, all of sudden there is bipartisan support.

TOBIN SMITH: What I make of it is that in any sort of normal business -- let's not call government a normal business-- we could always cut 10 percent. That was always sort of the management thing I used to do. Guess what? When you cut 10 percent, you actually prioritize stuff. You can say "Since we're not going to have this, we have to do that. We're going to put the money towards where we get the most effect." That's what government is so bad at. This idea that this sequester was somehow going to take money-- we're going to make everybody the same, even though they have staff members who never saw an airplane, that was what was insane. We can cut 10 percent, we wouldn't miss a bit.

JONAS MAX FERRIS: It's run so badly that if you just -- it wasn't even 10 percent, but if you cut 10 percent, it's just going to be 10 percent worse than it was. That doesn't -- that's not new management overhaul.

GARY B. SMITH: Jonas says we have one of the worst air traffic control systems, I don't know if that's true, but it is pretty bad. But one of the problems with that is they're just terrible managers. Getting back to Toby's point: under that air traffic umbrella, they have 31,000 employees, half of which are air traffic controllers. If you're any kind of smart manager, you'd say, let's furlough the guys that aren't air traffic controllers. The other thing they did was, they made these furloughs, it didn't matter if you were Atlanta Hearts Field Airport or Allentown Airport, you had the same impact. You think, "Huh, maybe we should prioritize the hubs?" This is not being Jack Welch, for crying out loud. This is just being a smart Manager, and they're not doing that.

STEPHANE FITCH: I don't buy it. It sounds like a conspiracy theory: let's make the public miserable to show them how much the sequester hurts. The Washington Post looked at this and they decided that actually there was a pretty good case that the FAA didn't have much choice. What else bothers me is everybody is reflexively accepting the notion that government should run like a business. I don't think that's necessarily so. Government is effectively a money losing operation, asking it to have a nice profit cushion and rainy day fund and all that Is probably not really what government is very good at.

GARY B: Just the opposite, Liz. It's ironic, the last bastion of our economy, untouched by the government, is the internet. That's the place where we have all this innovation, where growth, consumers are happy, producers, all on the internet are happy. You know what I say? If you want to level the playing field, get rid of the sales tax for everyone.

STEPHANE FITCH: I think it will hurt retail sales. Look, if I go on-line and I buy a vacuum cleaner, i think it should cost the same as it would if I went to Wal-Mart. That's just about justice.

TOBIN SMITH: If you're the retailer and remember, sales tax stays in the city; doesn't go to the county, stays in the city. The business model for these cities was sales tax. When you took a significant chunk, 8 to 10 percent out of many of these counties -- it goes to Amazon.com -- that makes a big difference. I think it's going to help the economy. I don't think it's going to hurt.

JONAS MAX FERRIS: First of all, it doesn't go to Amazon. They're collecting it for various states and whatever. By the way, this is a tax 98 percent of people already cheat on. This is just enforcing the fact that when you go to Amazon to buy something, you're actually supposed to put that on your state tax return.

JOHN LAYFIELD: We have a consumption tax here (in Bermuda), which is something I'm for. What Toby talked about was right. This does kills local sales base. If you're in New York and you order something from say Fresh Direct, if you don't have to pay tax on that, the deli across the street with the mom and pop, the true small business, they can't compete with that.

STEPHANE FITCH: PROFIT FROM THE "GREEDY"! (SAVE) LANDS A 35 percent PROFIT IN 1 YEAR