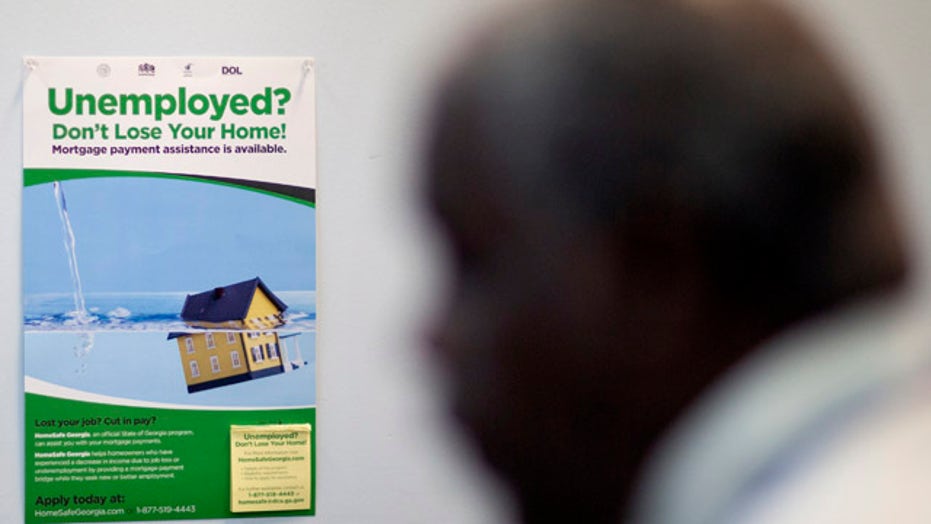 John Layfield: What the job market wants is certainty. We've got no certainty with this law. They are talking about trying to fix the law; you're talking about fixing something that hasn't even been implemented. Why did you pass something broken to begin with? That's the problem we have. 34 Of 50 states have opted out of the state exchanges and 24 of 50 states have said they don't want the Medicaid expansion because they simply can't afford it. Small businesses around the country are saying if we get stuck with an extra $5,000 per employee it will eat into our profit margins so much that we won't be able to afford it. Small businesses create most of the jobs, and that is the problem America has right now.

Stefane Fitch: Small businesses in the U.S. Chamber of Commerce crowing about more regulations and more costs, that's kind of like the rooster crowing about the sunrise. That's sort of a default setting, but if you look at the study closely, what's fascinating is that 50 percent of the businesses are saying, "We're actually not going to make any changes due to the health care law." If you look particularly at small businesses that are right near that 50-employee mark where you're mandated to offer the care, 76 percent of them are not actually changing their hiring plans at all. They're just going to go and ride right through that 50-employee mark and live with the health care law. It's an uncomfortable fact but they are going to live with it.

Tracy Byrnes: I don't think that's true at all. I talk to them every day. They are not changing their plans because they are not going to do anything. They are in like stagnant mode. What we're doing here is making the cost of employment more expensive. Corporations are not going to do it. Small businesses are not hiring full-time employees. What they are hiring, as we saw in the last jobs report, are part-timers. Businesses don't want to deal with the health care law.

Jonas Max Ferris: Gary B. brought up an interesting point. The government can tax cigarettes, gas, etc. and we use less of it. With health care, companies can give you a $20,000 health care plan, it's a tax-free bonus, and we consume more health care. That's one of the problems we had in health care before the health care law. Unfortunately, it's not totally going away and it's not a great system. We over consume health care, by that same logic with the negative taxation of the plan. As far as hiring, there could be a benefit here where we go to part-time workers. What's so wrong about a flexible workforce with everyone without a full-time job with hours and benefits? If we had more part-time workers, won't we have a lower unemployment rate? If they kick people off full-time so they can avoid the health care law, they will have to make up for those hours by hiring more temps.

Gary B. Smith: I'm not anti-Detroit. I used to live right outside Detroit. I think it's a great city which still has great potential. You have to remember, this is a city that in the '60s had the highest per capita income in the country. It was living high on the hog, and it deserved it. It was powering the country's industry for the better part of the last 100 years or so, but they lived high on the hog, and they are paying the price now. They increased the pensions. They hired a public workforce that they found incapable of firing, so now they are paying their dues. It's like the child that eats just too much candy. You don't reward it. That's what the government would be doing.

Stefane Fitch: The big player here is not the bondholders who should not be bailed out. It's the pensioners; the city of Detroit has something like $12 billion unfunded pensions. They shouldn't be bailed out unless the federal government could come in and say, "Guess what? We're going to give you a partial bailout, but in exchange we really want you guys to come to the negotiating table. We can't force you guys to give up your pensions but we can make this easy; we can partially fund that $12 billion and in exchange shift this over to a 401(k) and take a haircut." It has to happen because it would be unconstitutional to bankrupt them and get the pensioners off the hook. That will not work in Michigan. It's against the constitution.

Tracy Byrnes: I think we blame 10, 20 years of unions controlling labor, politicians making rotten decisions basically ever since the '60s and '70s. It's unfair to even think we should give them a dime. There should be no backstop here. They did this and we knew this was coming. Honestly as long as I have been reporting, I've been hearing that Detroit was going down. It was time.

Jonas Max Ferris: First of all, I used to live on the outskirts of Detroit. That's the problem with Detroit, everybody lives on the outskirts, there's no tax base in it. That's where the bailout is called for, not the bondholders, I wouldn't even go as far as to say the pensions or all the creditors; they are going to have to take a haircut. However, the federal government let this city collapse and does not provide security. People don't live there because it's dangerous. They have had the highest murder rate for like 20 years in America. We provide money to the Mexican border to make it safer from the drug world violence. This is our own city. The federal government needs to make it safe so you can live in the cheap houses that are there now and start businesses there. You can't do that if it's a borderline militarized zone. That's the bailout that they have needed for a long time.

John Layfield: We're giving $1.5 billion to Egypt after their military overthrew a democratically elected leader. Our President was down in Africa promising $7 billion for some type of communication infrastructure. These are our fellow Americans. We spend tens of billions of dollars building countries in the Middle East that hate us. I'm not for federal bailouts, but one thing Stephane makes that's right is these guys went to work everyday and were promised something that they won't get. We already had the auto bailout. The auto bailout was a bailout pensions and unions, and GM went bankrupt anyway. I'm not for a bailout on that, but why are we spending so much money bailing out other countries and not considering bailing out Detroit? It's hypocrisy.

Stephane Fitch: It's a terrible financial decision. One of the best ways to get your finances under control is clear these purchases with your spouse. For example, this weekend I was supposed to go to Leavenworth, Washington for a really cool rock climbing class, it was going to cost $300. I called my wife and told her about my plan. Guess who is spending the day with his buddies on Fox News and going to the movies with his daughter?

John Layfield: It is absolutely none of her business if I want to buy a supercharger for my huge 4-by-4 in Texas. I don't know why women need 400 pairs of shoes or boots, but she doesn't need to tell me when she's buying a new pair of shoes. Ignorant is bliss, and I am dumb and very happy.

Jonas Max Ferris: What's the presumption that one of the sides of the relationship is the real thrifty smart person? People marry the same type and they are going to make the same dumb decisions. It's not like that's going to solve your financial problems because you both think it's a good idea to buy a snow mobile with financing. The bottom line is you have a budget; and however you do that, it doesn't really matter what you're buying as long as you stay within a financially feasible budget. You don't need permission to stay within your budget.

Gary B. Smith: I think it depends on a couple of things. Not to go all Dr. Phil and everything, but I think it depends on the dynamics of the relationship. There is some trust there. My wife and I have been together for over 25 years. She's earned the right to go and buy whatever she wants whenever she wants because I trust her. But I also trust, if it was a big purchase, say a car or a very, very expensive piece of jewelry, that she would come and ask me. So I think you get to the period of trust and then you trust that the other person would say something.

Tracy Byrnes: So I sit here in a different spot because I don't have to answer to anyone, which is one of the perks of having to pay a divorce attorney a lot of money. That being said there should be a conversation when you're going into it, because, maybe one side doesn't realize that the dance recital bill is due and you're out spending money on new tires for the car. There has to be some sort of communication, but if you both work and you're out there making money, I think you can do what you want.