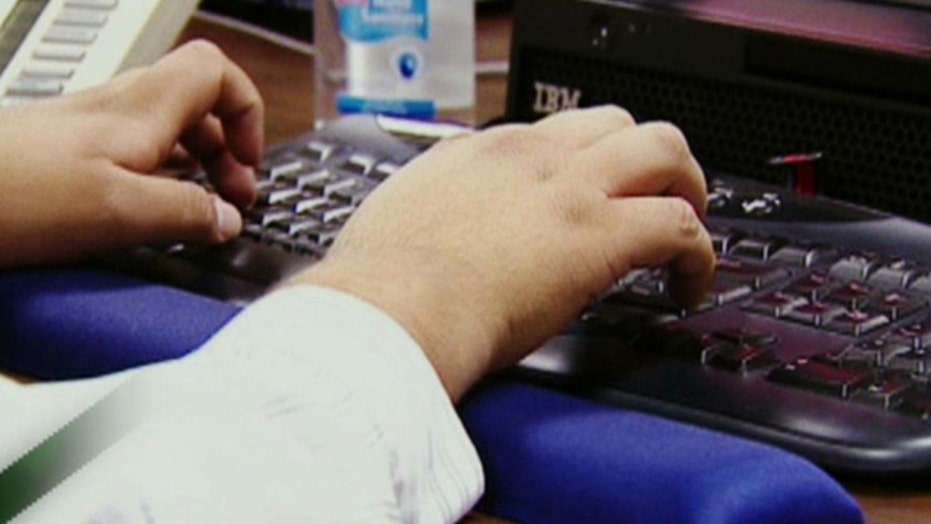 PRIVATE COMPANIES ADDING JOBS AS THE GOVERNMENT IS CUTTING WORKERS

JIM LACAMP: Government spending was a runaway train that everybody knew was threatening the economy and threatening our economic recovery. So all you have to do is start talking about it a little bit, maybe slow down the pace of that runaway train. And the private sector's going to respond. The private sector likes that we're at least talking about it, and they view government cuts as a good thing. The government would lead us to believe that they take one of our dollars and run it through all their channels and make videos with it and have expensive conferences and give it back to us, and it's going to have a multiplier effect. That's not the way the real world works. Keep the dollar in the private sector to begin with, and you're far better off. Everybody knows that.

SASCHA BURNS: The job growth is, in spite of the sequester, a related drag. It's not because of it. What the numbers are about is there's been a continued trend of growth. The numbers we have right now, April and May, the numbers were increased from what we thought they were. And they're the highest they've been since April '08. So it's not about the sequester. It's been a steady trend.

GARY B. SMITH: There have been quite a few studies showing that increased government spending does crowd out private spending. More taxes have to go to fund the government, and the government is in there doing jobs that private industries could do. As the government shrinks, the private sector comes in and is enabled to grow. I think people are optimistic that the public sector is shrinking because, as Jim pointed out, every dollar they spend, there's no multiplier. A lot of studies found that for every dollar spent, you get 95 cents back to GDP. So I think this is all a good thing. I think there is some cause and effect there. I'm just happy that the public sector is shrinking at this point.

JONAS MAX FERRIS: The connection is that if we were in a really strong economy with really low unemployment-not unemployment above seven percent-then yeah, you can make the case that the government is sucking up labor that the private sector desperately wants. But you really can't make that case today. It's not like they need to fire people so the private sector can find workers. It's not that tight out there. The economy's not that good. There are cases where it's like that. The ‘90s were probably like that. So I wouldn't play that too far in this economy. I will say the economy is strong enough to let the government shrink, which it's been doing for years now. If you don't like government, this is good news, in that sense. Normally, this would cause a recession in itself if the government kept firing people along the way. But we can handle that now because there's hiring in the private sector.

JOHN LAYFIELD: There is really not a correlation between government crowding. Look, we are not reining in government spending. We went from borrowing 40 cents of every dollar to borrowing, what? Thirty-eight cents of every dollar? And people are talking about how Draconian this is? You see the jobs number. This was a very good jobs number. We're still 2.5 million jobs underneath what we were at the peak of November in 2007. But the government has nothing to do at all with Shale oil in west Texas. The fastest-growing city in America-Midland, Texas-all the way to North Dakota. The government has nothing to do with natural gas being at lows, and so manufacturing is more economically feasible in the United States than it is elsewhere. The government has absolutely nothing to do with that. The best thing that happens to the government is these guys hate each other so bad up there that they get nothing done. And when inept people don't get anything done, that's good.

GARY B. SMITH: I didn't realize this at first, and shame on me, but whoever put together ObamaCare-it's genius. If you think about it, here's why. If you're at United Healthcare or you're at Aetna, you have to take people with preexisting conditions. That means you have one of two choices. Either you take those people, and now your costs explode, so you have to pass the premiums on to your healthy people. Or you say, "Forget it; I'm not going to do that." Then, what happens is one of two things. Either those people say, "There's a lot less competition out there; my rates are going to go up anyway." Or I run to a government health exchange. Or they realize their premiums are going to go through the roof anyway, and they go, "I'm not going to pay these high premiums." What's going to happen? I go to a government-run health exchange. Either way, the government wins in this case. You're going to see exits of all the Aetnas, the Blue Cross Blue Shields. ObamaCare wins. We can't fight it at this point.

SASCHA BURNS: For one thing, this is the first time I've ever agreed with Gary B., so that's great. The reason is this is pure market competition. If you're looking at, for example, United Healthcare in California, they have two percent of the individual policy market. They can't be competitive. The reason that people aren't leaving them is because they can't because no other insurer will take them, which is the whole point of what's going to happen under ObamaCare. So you have three companies in California that have 87 percent of that market. United's not leaving California. They're going to go into employer healthcare coverage because it's more profitable there. And then they're going to do individual in the states where they have a bigger market share, where they'll make more money.

JIM LACAMP: The whole thing backfires. It doesn't make any sense. People aren't going to do the individual mandate because it's cheaper to pay the fine and walk into an emergency room and get treated that way. When that happens, the whole idea was that everybody was going to be in healthcare, so it was going to be cheaper for everybody. What's really going to happen is that nobody's going to be in healthcare. You have employers that are not taking on full-time employees. You saw the jobs number-a whole lot of part-time jobs there. Then, you have people like United Healthcare that are leaving states. What does that do? It reduces the number of players. It drives up prices, making those businesses and those individuals elect the government healthcare. It feeds right into a socialist net. I think George Orwell or even Franz Kafka would be very proud of this plan.

JOHN LAYFIELD: A lot wrong with this plan? There is no plan. There was no healthcare plan. There was just an insurance plan. Add 30 million people to a broken system, and this is what you get. Thirty-four of 50 states have dropped out of the state-run exchanges, so the Feds are going to have to run those. And what you're going to see with all of this is just like when they got into the banking industry, and they put all this regulation on it. Two trillion dollars of credit lines went out of a five trillion credit market. So you're going to see Aetna, you're going to see United. Surprise, surprise. A politician overpromised and under-delivered.

NEW CALLS TO CUT OFF U.S. AID TO EGYPT AMID CHAOS IN CAIRO

JOHN LAYFIELD: This makes me sick. I'm sorry about all the tragedy that is in Egypt, but I feel worse about the fact that Detroit is in bankruptcy, and 50 percent of minority kids in inner-cities don't graduate from high school. We just promised $7 million to the continent of Africa to make ourselves feel better. We're going to give it to who? A dictator or despot or tyrant that's going to keep that money and it's not going to go where it needs? We are spending billions overseas, and we have cities and states here in America that need it. I think it's time that we spend money on Americans.

SASCHA BURNS: The military (of Egypt) is the best friend we have over there. They're the most influential in the region. They need our money. We need them to be able to create a stable Egypt, which helps to keep our strategic interests. So to turn them into adversaries when they've been our allies for years, for decades of cooperating with our military, is just crazy. You can't do something like that at the drop of a hat.

GARY B. SMITH: We go over there. We spend billions, as John rightly points out, that we could spend improving our lot here. We spend it on countries from Russia until a year ago, Iran, Egypt, and what do we get from it? It's a crapshoot out there. It's like, "Well, we'll spend it. We hope things turn out." The last 15, 20 years...they never do. It's to our detriment. They hate us. Let's reel it in a little bit. Let's not spend the money on countries like Egypt. And let's improve our hand here.

JONAS MAX FERRIS: It's mostly military and weapons systems of our countries going to these countries. I think we should have these allowance programs for these countries that don't really like us because it gives you some wiggle room. We can cut off the allowance, and I think we should do that more. Whether in this case we should cut off their allowance just because officially we're supposed to because it's a coup...I don't know if that's the case. But whenever a country does something we don't like, and they're on our payroll, then we should cut the payroll a little bit for a little while to teach them a lesson. That's how you keep a country in line. The alternative is sending troops in at 10 billion a month, so this is actually kind of affordable.

JIM LACAMP: First of all, we don't have the money to send to Egypt. We're pretty much a broke country. Secondly, we have been sending them the money. And thirdly, we can print the money. And so I think we have to deal with the reality that we're in this mess. We've been giving them the money, the Egyptian army has been an ally of ours, so I would say give them the money. But make sure it's conditional upon them instituting a democratic process. And if they don't continue to do that, then we take the money away. The good news is, here in America, we have an energy boom going on. And soon that will translate from the US being dependent on the Middle East and our interest in the Middle East to them being more dependent on us as a reliable customer. I think that turns the tables in the long run. In the short run, I think this is a mess we're already in and have to deal with.

JONAS MAX FERRIS: Google (GOOG) will see a 15 percent gain in one year.