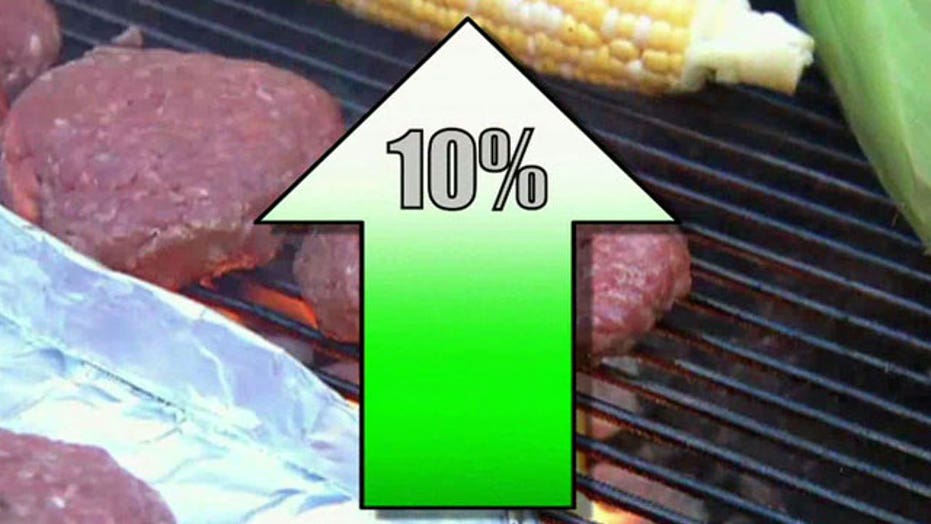 How high will prices go?

PRICE SPIKES ON EVERYTHING FROM FOOD TO ENTERTAINMENT HITTING FAMILY BUDGETS

GARY KALTBAUM: The government doesn't know what's going on in the real world. Over the last 30 years, the government has changed the calculations on inflation every time so that it is lower. The bottom line is it is only going to get worse. We can see sticker shock everywhere.

JOHN LAYFIELD: They're clueless. Wholesale prices are up and retail stores are eating those prices. Sooner or later that will manifest itself into the economy. You are seeing inflation. Wage growth is stagnant right now, so it seems bad.

DAVID MERCER: I see prices increasing, but I don't see it as a warning for inflation. At least half the states are near full employment, with that comes price hikes. I think that speaks well of the economy, however, I do think there is a problem with the fact that wages are not keeping up with prices. We need to think about raising the minimum wage.

JONAS MAX FERRIS: We're using more energy and these prices are sticking. That was the goal. The Federal Reserve wanted to generate 2 percent inflation. If it sticks, that means the economy is strong. Ideally, wages would grow a little bit faster; they're growing but not as fast as some of these prices are going up. That's the last piece of the puzzle.

GARY B SMITH: Overall, we have about 2 percent inflation, because we don't spend our entire budget on food and gas. We've had about 30-40 years of calmness. In the face of that calmness, prices really have spiked. I think we're on the cusp of real inflation.

JOHN LAYFIELD: When regular people don't pay their taxes, they have their wages garnished. Government employees shouldn't be treated any differently. You're working for the federal government, pay your taxes! This entire system is screwed.

GARY KALTBAUM: Senator Coburn had an amendment two years ago that said a federal worker, one that is not in uniform, that doesn't pay taxes will be suspended without pay until they are caught up. That's the best idea. That's how you get ahead of the game.

GARY B. SMITH: Federal employees get paid more than the civilian workforce. There is certainly an onus on there to garnish their wages. It should be enforced. Everyone else lives in fear.

JONAS MAX FERRIS: This is profitable to the government. The government charges you interest on the amount that you owe plus penalties. I'm not sure what the big deal is here.

DAVID MERCER: Money is being made on these delinquent accounts. Should they lose their jobs? No. If they did, we would lose that income and they would go on the federal dole or unemployment. We should treat them like any other tax payers.

GARY B. SMITH: This is the single biggest threat to our economy. The plant in California took 4 weeks to repair. Think about that on a big scale. Think about how you feel when you lose power for a few days. The economy would collapse if the entire east coast grid went out. The Dow would drop thousands of points. It would be horrible and we are not prepared.

JOHN LAYFIELD: This is the greatest threat our country faces. Geographically, no one is going to invade us. The one thing countries can do is come after us cyber warfare wise.

GARY KALTBAUM: We need to look at our grids. The possibilities stagger the imagination. It is all bad news. The market would take a 5000 point hit and would cripple the economy.

DAVID MERCER: For the last 50 years, it has increased tenfold, but it hasn't modernized. We are not protecting it or securing it. We need to invest in it now before we pay a lot more later.

JONAS MAX FERRIS: These companies make money. They can pay for their own hack security. They don't need the Department of Homeland Security coming in on their private area.