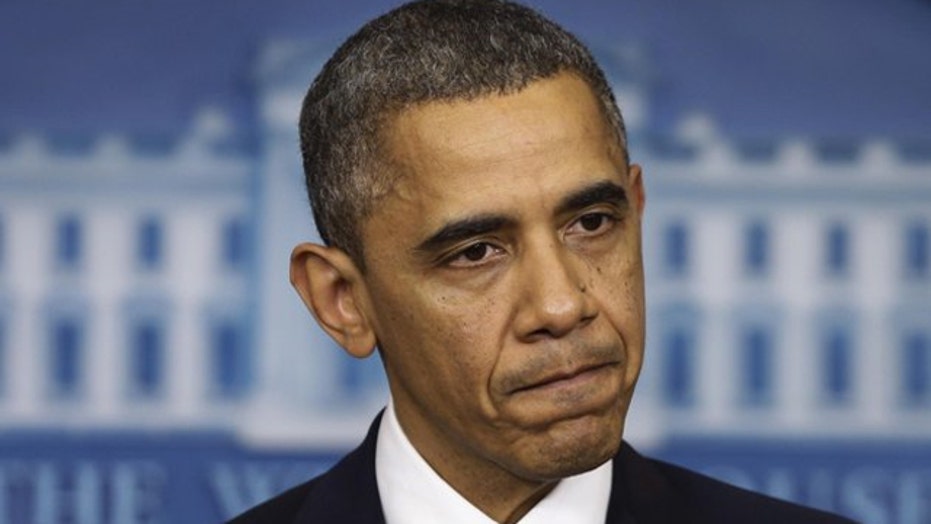 But is this just the beginning?

IN FOCUS: President Obama says "some" taxes going up due to health care law

STEVE FORBES: You're going to get more taxes because the government is running it which means you'll get less supply, less innovation and at the end of the day, you'll get less longevity and more pain. In every other country where they have tried this, it's either higher taxes or less supply of health care, they can't get around it.

RICK UNGAR: Actually we had a promise from the president that he would not raise taxes on people earning less than $250,000. That's a fairly relevant distinction. From the outset, he imposed certain taxes as a result. He did raise taxes on people going into tanning booths and yes there is no base, you can make $10k a year and pay a tax if you go into a tanning booth. He did cut the deduction. You have to hit a threshold today of 10 percent of your adjusted gross income if you want to deduct your medical expenses over 7.5. Other than that, there is nothing that he did in the ACA that raises taxes on people earning less than $250,000, it's on corporations.

JOHN TAMNY: The man who promised to lower sea levels and temperatures just for existing is discovering that basic market forces are far more powerful than as a community organizer. Obama promised the nation a cheaper health care but what we are realizing that is to get cheap health care is very expensive and will be delivered in a poor way.

BILL BALDWIN: I'm worried about all-purpose taxes. Brace yourself Steve; I think we are going to see taxes on salaries in the form of a higher social security wage base, we'll see taxes on millionaires, and we will see taxes on carbon. I think the medicine cabinet tax that Steve doesn't like is the least of his worries.

SABRINA SCHAEFER: Completely unsurprising when we have $1 trillion in new spending. This isn't complicated; the government is mandating that insurance companies to provide something to Americans that they don't want nor necessarily need. Of course there are going to be taxes, it's the only way to pay for this additional spending. We have excise taxes on medical devices, we have 40 percent taxes on "Cadillac" plans, and there are plenty of taxes we could talk about.

RICH KARLGAARD: or they will go off shore and we will lose a major American industry. Taxes are going to go up because young healthy people are not going to sign up for the exchanges. There will be a huge shortfall in cash; taxes are going to go up way more than anyone is thinking. Missing in action here is the role of innovation and I hold republicans equally accountable to Obama. They may protest ObamaCare and quite properly so but let's bring innovation back into this equation. Cell phones are cheaper today and we have universal coverage because we have innovation in the free market at work. This could happen in health care.

Government going after banks five years after TARP. But should we go after the lawmakers instead?

STEVE FORBES: Since the 1990s, even the late 70s the government has been pushing these subprime loans coming up with quotas in the like. Let's go after the Federal Reserve, cheap money led to the housing boom, and then it went bust. The treasury department did the same thing. It's regulators and lawmakers. In this case, the bankers are the least villains but are getting the biggest hit.

BILL BALDWIN: I'll concede a few points, Fannie and Freddie are wicked, and a few democrats are wicked. The government messed things up by intervening in the housing market. But if you prosecute lawmakers for passing bad laws you empty out every legislature.

ELIZABETH MACDONALD: Bill Clinton, Barney Frank, are acting like the boozy bartender at the frat party handing out free drinks and fake ID's. The National Bureau of Economic Research said they were trying to fix income inequality. No less than a progressive newspaper like the village voice also said that they were trying to lay claim to a record number of home owners on their watch to act like a political launch pad for office.

RICH KARLGAARD: You need to blame Ben Bernanke at the Fed because anytime you have excess liquidity in the system, it will find a bubble somewhere and this time it found a bubble in the housing market. I hate the blame game.

MORGAN BRENNAN: The blame game can go from consumers and mortgage brokers to the rating agencies. It did start with politicians. We saw it start with President Clinton and rolled over to President Bush. There was a statement on HUD's website, took it down in 2007 and it says that not enough Americans have cash for down payments and even more don't have sufficient income for a house at current mortgage rates. Here is what the HUD's statement is "Financing strategies, fueled by the creativity and resources of the private and public sectors, should address both of these financial barriers to homeownership."

MIKE OZANIAN: What Burger King is doing is that it is showing that private sector innovation is a much better route than doing what the food police in the city council of LA did in 2008 when they banned fast food restaurants in the 32 mile area in southern Los Angeles. That was stupid, this is smart.

RICK UNGAR: Can someone show me what laws are actually happening? They tried it in New York, the court overturned it. In California there have been 3 or 4 cities that put it on the ballot and it didn't pass. What are all of these things worried about? No one seems to be worried about food safety laws.

JOHN TAMNY: Being elected doesn't make you a genius. NYC almost elected Anthony Wiener. Restaurants innovate what our needs are, some will do fatty foods, some will not. Let us decide.

ELIZABETH MACDONALD: I want celery sticks with my Big Mac too. I want Ronald McDonald and Burger King to be a lifestyle ambassador for the entire way to eat in this country, kidding of course. The free market is doing it, it's responding to what baby boomers and the younger crowd likes. They want healthier choices.

STEVE FORBES: The food police don't have to win in the courts. They pressure restaurant chains to turn out French fries you can barely eat. I'm glad what Burger King is doing. What they are doing is equivalent to what soda companies did decades ago before we had food fads, and that is create diet sodas that have a real taste. Now they are doing it with French fries, that's the way free markets work. Not these food fads that tell us what to do and what not to do.