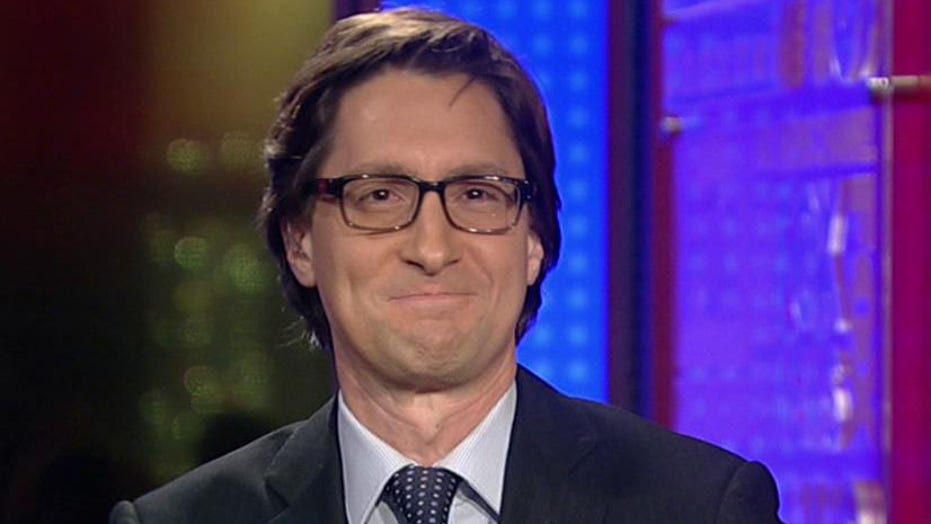 Out with the old, in with the new stocks

JIM LACAMP: No deal is better than a bad rushed deal. All we're either going to get is a can kick that we've had enough of which will just create more debt and uncertainty or we're going to get a deal that will raise taxes. The last thing we want to see is a weak kneed Congress, and a weak willed President who pats themselves on the back because they have some watered down deal. I think they need to feel some pain, and I think they need to see the implications in the markets and the economy. No deal right now is better than a bad deal.

GARY B. SMITH: This was a really rough week on the market and it's not related to the fiscal cliff, but the psychology of the fiscal cliff. The sad truth is that whether they do a deal now or they thoughtfully do a deal six months from now - nothing will be accomplished. The fact is that public debt is consuming our economy. It's about seventy-three percent regardless of what deal gets done. It will be about seventy-three of seventy-four percent ten years from now. We've done nothing and nothing will be done to address social security which is now officially running a deficit. Medicare and Medicaid costs are growing astronomically. You might as well do a dumb deal right now and at least get people over this panic of the fiscal cliff and kick the can down the road because that's what's going to happen anyway.

STEVE MURPHY: The most deficit reduction is going to come from no deal, and that's what we need. The biggest threat to economic growth is the deficit and the debt. Four trillion, everyone talks about it as some sort of grand bargain and it's barely a start. This isn't a fiscal cliff. It's a fiscal bunny hill and let's all slide down it.

JONAS MAX FERRIS: People get used to tax cuts, and that's their problem. It's not the best way to solve a problem. This cliff is a result of not coming up with deals, and they're not going to come up with a better deal than the cliff even if they had two years to negotiate it. It's not the ideal way to solve the deficit, but this is the best that we're going to get and any of these deals that they would agree on would probably leave us with a deficit, next year, of almost a trillion dollars.

TOBIN SMITH: From the market standpoint we want to see this riding in the last minute. You can even see in the futures market on Friday just after they came out and said that they maybe had a deal that all of a sudden it shot up a hundred points. The market is short term. In the long term, we will get over this. Don't worry about your 401K on January 3rd if we don't have a deal. Worry about your 401K two years from now. We need to get closer on that long term deficit and then people will breathe a sigh of relief. Then you will see the stock market race and roar.

TOBIN SMITH: When it's a $27,000 fine - if you are on the tarmac for more than three hours and a minute - what happens is that that they get fined twenty-seven thousand per passenger. What they're now doing is what they call in the industry, "the quick kill." They look at the numbers and they look at the amount of passengers that they have on their flight and for the idea of saving one or two hundred people a year who are stuck on a tarmac, and trust me it's no fun, we're going to have two million people have their flights cancelled next year because of the "quick kill." As long as we have a $27,000 fine they can take all the profit away from the airline for a month in one plane flight.

JONAS MAX FERRIS: Let's pretend it was a hundred million dollar fine. Obviously an airline is not going to fly a plane if there is even a chance that it's going to be on the tarmac for more than three hours. You would see that obviously at the margin there's going to be some flights that get cut that wouldn't have gotten cut. You're more likely to have your flight cancelled, but on the flipside you're not going to get stick on the tarmac for six hours. Some people would think that it's a good tradeoff so in that case the government helps you. But if your flight gets cancelled you would've waited for four hours when you would've wanted to get home, and then you would be upset about the regulations.

GARY B.SMITH: Whenever the government intercedes and tries to fix the market somehow they end up screwing it up. The best thing that the government did was way back in 1978 when they deregulated the airline industry. You had airlines come and go. Some failed, and rightly so. If you look at UPS for example, if you go in and choose two day delivery and they screw up - guess what? You start using FedEx and maybe even the postal service for crying out loud. With airlines you might get stuck. Let the market work. The government can't manage it.

STEVE MURPHY: I'm all for not letting the airlines leaving people parked on the tarmac. We had two huge storms one behind the other covering two thirds of the country, and the government gets blamed for it. Come on guys, it's bad weather.

JIM LACAMP: I'm against all government regulations, but I'm also against the cattle call customer service that we always get from the airlines. At the end of the day I really think that government needs to stay out of this. I don't really think it's worth it for the government to get involved here and as we found out with banking regulations - the fees will go up the more that the government gets involved. We're going to see fees go up because of government intrusion.

JIM LACAMP: We've already seen retailers like Home Depot, Loews and Target say that it's going to impact their business. Bear in mind that we're in an age of, "just in time delivery." When you disrupt that, you really disrupt business at a time when things are really tough. Bear in mind also that there are twenty-five million people out of work in this country. Fifty-two million people are on food stamps and the unions are choosing now to flex their muscles. I don't know who's running PR for these people but its bad timing and bad PR.

JONAS MAX FERRIS: Some of this will happen where the companies will take a hit to profits and absorb it and there also will ultimately be increases in prices. In this particular case, the unions screwed up in the sense that they should've done this during the holiday shipping season, and now the shipping volumes are lower plus the tax increase is going to happen so demand is going to drop off right when supply is not there. From a point of view with the unions there is no power in this equation and it will probably fizzle out because of that.

GARY B.SMITH: I think it's a minimal threat. I think it's the right tactic, but it's just the wrong decade for it. Now you know that in thirty days our supply could be disrupted, and what are you going to do if you're the target guy ahead of inventory. You're going to say, "Maybe we better order a little bit more right now so we have supply." They're not going to let their shelves go empty. They're going to say, "We're not going to use cargo ships and we're going to bring it by air freight." For crying out loud, the unions missed the boat on this one.

TOBIN SMITH: The president can add another eighty days onto this, but they're striking because automation is taking their jobs. They should talk to the gas, lamp lighting union.