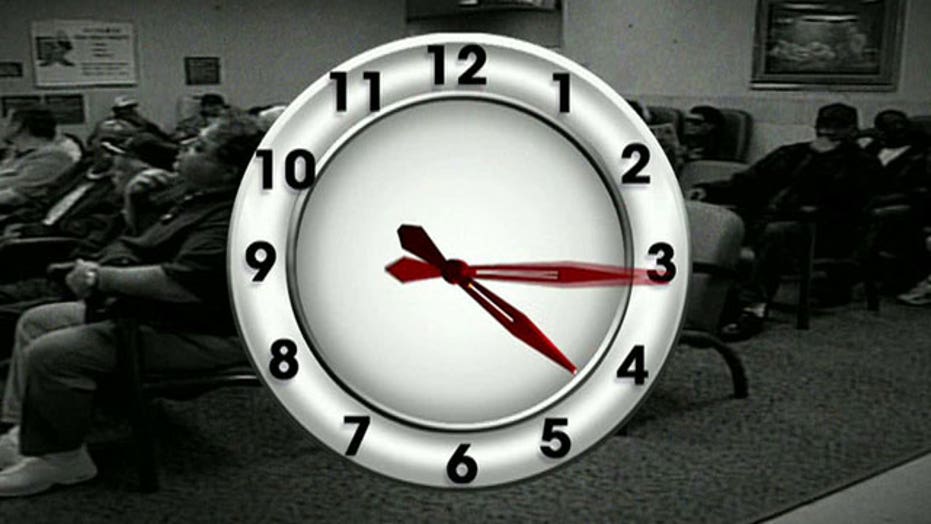 New questions over ObamaCare's impact on quality of care

Could you have trouble finding a doctor?

NEW QUESTIONS OVER OBAMACARE AND IMPACT ON QUALITY OF CARE

CHARLES PAYNE: What they've talked about already has been basic math. We've known that there would be more people but less quality care, but now that doctors are abandoning it, it feels like our greatest worries are going to be even worse than we thought.

BEN STEIN: You can sign up as many people as you want, but there aren't any new doctors. This just means longer waiting times, harder times getting an appointment, and less time spent with the doctor. There is something wrong with this equation.

DAGEN MCDOWELL: Many insurance companies that are offering plans in ObamaCare exchanges are offering ones to keep costs down; those have access to fewer doctors and hospitals. People are discovering more and more that they can't see the doctors of their choice.

CHARLIE GASPARINO: A lot of people that are good at math and whatnot are not going into the medical field; this is just another reason to deter them. Another thing that scares me is that we don't have any statistics on how many people are paying into this; that is a recipe for disaster. The President does the victory lap when people sign up, but he doesn't do it when people pay in. That's a big problem.

WHY NEW PUSH FOR A 'WEALTH' TAX COULD IMPACT ALL TAXPAYERS

BEN STEIN: Where is the money going to go? Is it going to sub-equatorial Africa? Is it going to very poor people in Bangladesh? Who is going to distribute it? This sounds to me like it's just going to be a gigantic slush fund for building up things from left wing bureaucrats and UN diplomats.

DAGEN MCDOWELL: This is a tax on idle wealth, it's not on anything that you earned, it's just money you have sitting in the bank. This is the most socialist and extremist idea that you can come up with. Many countries recently have gotten rid of their wealth taxes.

CHARLIE GASPARINO: This sounds unconstitutional. The last good thing France did was the fry.

CHARLES PAYNE: How does this help anyone? Ben is right; no matter how much you tax you never get to that supposed amount. In the meantime, the little guy is left with nothing.

ADAM LASINSKY: This has zero chance of ever happening. Wealth taxes exist already, but this would never happen. It's an interesting thought, but it's just a theoretical idea about some global tax.

DAGEN MCDOWELL: This is just more time spending money and wreaking havoc on the American people. Two and six years, that's how it was set up and that's how it should stay.

CHARLIE GASPARINO: I don't have a problem with this as long as there are term limits. I don't think the founders envisioned people spending 200 terms in Washington. They envisioned a Congress with rotation. WE don't have that. We have a permanent political class and they don't do anything. I'm okay with four years, but make it one term.

ADAM LASHINKY: The founders intended for the voters to have a say. I think two years is a very good thing, we should not change it.

CHARLES PAYNE: I think two years is fine, but I do agree with Charlie, we do need term limits.

BEN STEIN: I agree with Adam, I think two years is fine and I don't have a problem with legislators being in there for a long time. I want them to be there so they learn how to get laws made. This would require a change to the Constitution and that is not going to happen.