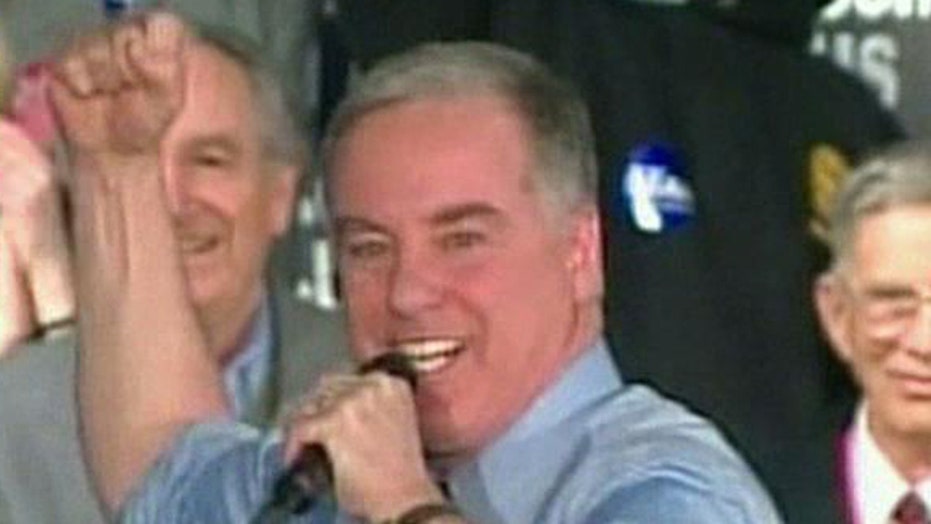 Dose of reality from Dr. Dean

NEW CONCERNS OVER POTENTIAL TAX HIKES FOR THE MIDDLE CLASS

CHARLES PAYNE: Listen, we've got hiked. 116 million Americans feeling that pain and I think the point is it's interesting between what Howard Dean has to say and what the New York Times had to say this week. They're trying, I guess, to get the rest of the country to know that we're going after those rich bastards who somehow nefariously took the money and that you're going to have to chip in, too. We will have a giant society with all kinds of goodies and utopian things. All you have to do is wear a spandex uniform and walk around brainless and we'll do the rest.

DAGEN McDOWELL: At least Howard Dean is telling the truth and could have shown more energy in that interview that he gave. It flies in the face of what you hear from the White House and the President that somehow the rich can foot the bill, with higher taxes for all of this and it's what we've been talking about in the show. If you want big government you'll figure out a way to pay for it and almost half of America has paid no federal income tax - net. So they're going to end up paying something. Come hell or high water, they will pay.

BEN STEIN: Well, I don't think there's ever a good time to tell people their taxes are going to be raised. It's absolutely true. You've been off torturing me on this show for years, we've got to raise taxes on everyone, and the rich can afford it more than the middle class. And taxes are going to have to go up.

CHARLES PAYNE: A lot of the companies were getting temporary loopholes or set asides. It's interesting this week, Burger King actually said, "Can we have the definition of full-time workers as 40 hours instead of 30 hours," that would save some jobs and certainly all the companies are scrambling, figuring a way to keep the employees and meet the crazy obligations of Obamacare, and I haven't heard one good story - not one.

DAGEN McDOWELL: We have no idea how many people will lose coverage from their companies. The CBO back in 2010 estimated that 3 million people would get dropped from employer sponsored plans. That number doubled in two years and at least the estimate.

BEN STEIN: There's a great economist from the mid 20th century names Frank Knight. He said, "Take advantage of all government subsidies." This is a clear example of that. People are taking advantage of a gigantic subsidy through Obamacare and of course, it's not free. The rest of us are going to be paying for it. Upper income taxpayers, especially, will be paying for it. There's a surcharge on us. We're going to be paying for it. Turns out it's yet another Obama transfer of wealth for hard working people to middle income and lower income people. That's all right with me, that's the way that life is supposed to work. Let's not kid ourselves, that Obama has a miraculous way of bending the health care curve. That's just nonsense.

ADAM LASHINSKY: I enjoyed the cool brands that we had an opportunity to show at the beginning of the segment. What we didn't talk about is that this affects about 3 percent of Universal Orlando's 17,000 employees, the other 97 percent they're continuing to cover at the end of the day. Ben is right. You should take advantage of a subsidy when you can. At the end of the day, we'll cover tens of millions of more Americans than were being covered before.

BEN STEIN: A great thing, but I don't think that Yale will do it because they don't name halls for Republicans.

ADAM LASHINSKY: Republicans. You know, I think this is about college sports which are already such a corrupt, money grubbing business. I say take the money, who cares?

CHARLES PAYNE: I agree with Adam. Take the money.

DAGEN McDOWELL: I do, too, and particularly if it prevents it from raising tuition.