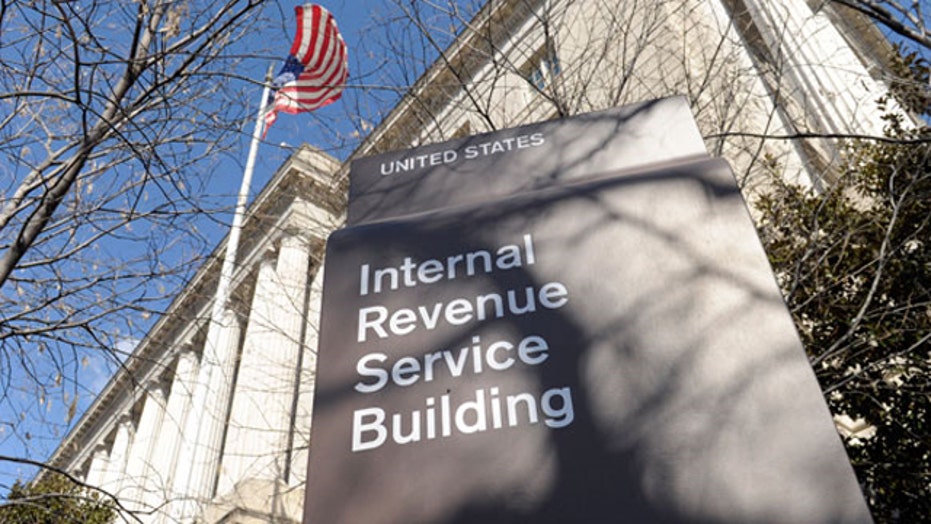 Does IRS deserve more of your money?

ELIZABETH MACDONALD: No they don't. The treasury inspector general found $67 million dollars in money missing at the IRS that was meant to enforce health care reform. That was about 15 percent of the IRS budget for health care reform at that time. We know that the health reform bill is loaded with all these 46 new taxes and new demands on the IRS. The IRS tax payer advocate is already saying that the tax code is designed to entrap, we get it. The IRS itself as a steward of taxpayer money has not performed great when the GAO has audited the IRS.

RICK UNGAR: Yes, part of the money they are asking for will go to the job congress gave them which is enforcing the health care law, but that's not the sole reason. Congress has been cutting the IRS budget for years, we all know this. It's a terrific way for the republican-controlled house to make it harder for them to collect. You have to have money to collect money. They have to have money to do this job, they didn't decide to go out and enforce health care, this is the role congress gave them, it costs money. To take shots at the health care reform law through this, completely belies the point and I don't get the value.

STEVE FORBES: They should have set up a new agency if they are going to set up a new law. What's for the IRS to enforce? Every day the administration keeps changing the law. The idea that if you give the IRS more money, they will collect more money, that's like the multiplier effect of those laws they passed a couple of years ago spending our money because they said $1 dollar from government money meant $2 for the economy. No multiplier effect, it's a waste of money, get a new agency and start over.

STEVE BERTONI: The IRS is the government revenue engine. It's the revenue maker. Everything else is a revenue taker. If they can prove that more money can get a better return on that investment, and make money for this government, I think we should give it a shot. There is a new commissioner, you're cleaning up the problems they had with everything from last year, it's a fresh start, let's give them the money they need to do their job and make more money for the government.

RICH KARLGAARD: I have some sympathy for the new commissioner; he is tasked by congress to do these things. The problem isn't the commissioner; the problem is the complexity of the tax code and the complexity of the ever changing nature of ObamaCare. That is the outrage. As Steve Forbes like to point out, the federal tax code is the length of 7 or 8 Holy Bibles. Nobody knows what's really in it. Every time you fill out your tax return, you don't know if you are breaking the law. We need radical tax simplification, preferably a flat rate tax, and then we wouldn't have these budget debates.

Should there be guaranteed jobs in the U.S. as per Rolling stone article

STEVE FORBES: This kind of guaranteed guarantees stagnation. There used to be a saying with the Soviet Union, we pretend to work, they pretend to pay us. If you don't have productive work, you don't have the wealth that makes a higher standard of living possible. You get make-work jobs, people don't really do the work, and in an economy, people are stagnant. If you don't create capital, you don't move forward.

STEVE BERTONI: I don't know what they are thinking, it sounds great, but in the real world, what are these jobs? And where is the money coming from? I have a compromise. What if the government maybe after high school or college you have a year stipend and you can do a job, volunteer work, community service, get out of the high school and college bubble, help the community and get an education.

RICH KARLGAARD: We have to do something and Steve's idea is worth experimenting with it, a lower form of government than the federal government. Why not try it on a state level and see what happens. But there are so many reforms we have to have like punishing employers particularly blue collar employers who in the energy extraction industries, transportation industries, these are under the thumbs of so many regulations that it makes it hard for them to employ people with high school educations.

ELIZABETH MACDONALD: We talked a lot about infrastructure spending and how we need that. If you can get it past these crooked state capitals that might be a good way to do it. And stop the duplication and waste in the welfare state and government. In other words, zap the president's stimulus plan and just do a full board fixing the bridges and roads. I'm not about it takes a government village to fix the economy, this idea that the government can sell magic beans or fairness, state-controlled of outcomes. It's never worked. David, you see it in China and India, they are moving away from those kinds of economic theories.

JOHN TAMNY: If we want every American to have a job let's abolish computers, ATM machines and tractors. Everybody will be working and intensely poor. But back in the land of the sane if you want good jobs you need to match capital with good entrepreneurs. The ones that create interesting businesses that grow that lead to jobs we enjoy.

MIKE OZANIAN: No, David, I think they want something different. I think what they want is that they want to be the next Bruno Mars, another founder of Facebook, they want to be another CEO of Apple. That's what they want, and to John's point he's absolutely right. What the government should be focusing on is removing the barriers for young people to be successful. For example, you know, why not get rid of the corporate income tax which is nothing but a pass through tax on individuals. Get the Fed out of the way which has been nothing but an obstacle for entrepreneurs. Let the economy thrive by getting entrepreneurship back. Forget about expanding the size of the post office or the IRS.

JOHN TAMNY: Yes. Frack away. It's not fair for the federal government to block people from getting cheaper heating and beyond that I think we have to insert common sense into this climate debate. If global warming were really a problem Manhattan the Hamptons and Malibu would be depopulated. The fact that prices are rising in all three is s strong market signal and the worry about global warming is vastly overdone.

RICK UNGAR: I couldn't agree more. Frack away, just do so safely and don't misinterpret government behavior has being against you. They are just trying to keep the drinking water safe.

MIKE OZANIAN: President Obama has threatened to veto legislation before him that would make fracking easier. That's a wrong way to go. We're at that leader this technology. We increased the worldwide supply from 50 years to 200 years over the last 10 years.

ELIZABETH MACDONALD: I'm worried about reports showing cement casing failing. Water pollution popping up around the country and earthquakes happening in parts of the country.

STEVE FORBES: It's a safe process getting safer. Companies like Exxon don't want to give money to trial lawyers.

INFORMER: Pick a stock that will pay for your heating bill during this frigid winter!