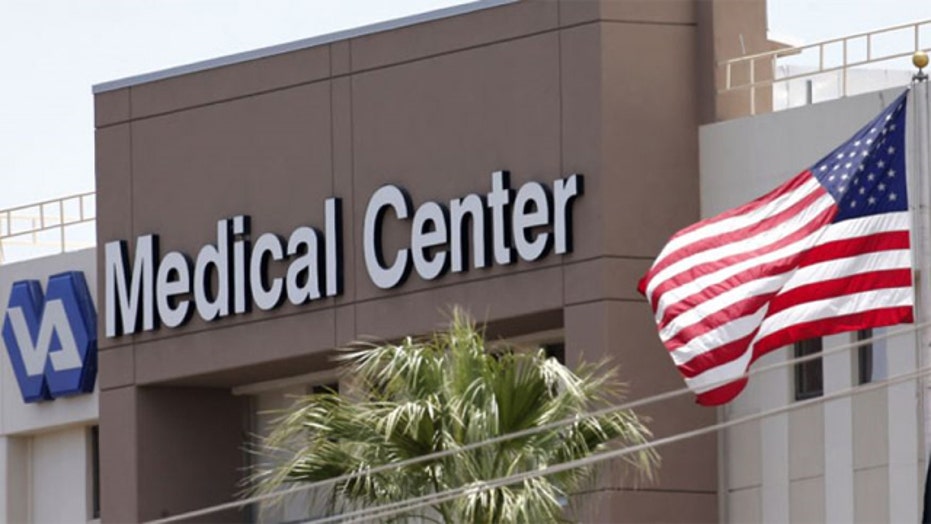 Is private care outside the broken VA system the answer?

Would a good fix for VA scandal to give veterans 'vouchers' letting them get 'private' medical care outside the VA system?

STEVE FORBES: Why shouldn't they have choice? Veterans above the age of 65 should be able to go on Medicare and choose Medicare facilities. The VA does a handful of things very well. Veterans should have the choice. It's the least we can do for them.

ELIZABETH MACDONALD: Fight for them. I just worry that congress is going to nickel and dime this kind of voucher system that by the way the American legion doesn't like and neither does the other veterans groups. Sort of like what they did with Medicare advantage. I just worry that with the way congress is behaving they'll say to the vets here's your green stamp of a voucher because we cut it back and nickel and dimed you so much and moving them into the private sector hospitals are becoming more like the DMV because Obamacare and waiting lists there. That's an issue too.

JOHN TAMNY: Yeah, well any time you empower the buyer with choice, you're going to get a better health care and better health care outcome but if we love the veterans and we do, why would we have ever voiced it upon them, the substandard doctors and administrators that will be in a nonmarket program like the VA. We should have let them out long ago.

RICK UNGAR: We know there's a problem getting these people in. We can't just let them sit and wait the way we have been doing it. If nothing else we should create a voucher system that lets them get the care they need today. Beyond that, let's be careful we don't throw out the VA. There are a lot of things they do better than anybody else and just quickly let me add, we did take steps this week with the bipartisan agreement in the senate that may lead to solving some of these problems including the opportunity.

SABRINA SCHAEFFER: We want choice, flexibility and competition and I think the democrats do recoil from that whole concept, right? The law that passed or the bill that passed in the house and the companion bill in the senate that looks like it will pass is expanding opportunities to go outside of the VA system. But it's not full choice. It's not full competition. That's the only way if we give veterans ownership and control just like all Americans should have over their health care dollars that we'll see an improvement.

RICH KARLGAARD: Well, I agree with vouchers but she said something really smart here and that's that it is going to add to the crowding. It's getting worse in the private health care system. What we need to do is really expand the supply. We need to remove the regulations. We need to bring in market forces and pricing transparency so that we get the Steve Jobs, the Bill Gates, the Jeff Bezos and Mark Zuckerberg of medical technology because if we don't increase the supply and we only increase the demand, it's just going to get worse for everyone, veterans included.

Should U.S. taxpayer-funded aid go to our enemies or enemies of our allies?

CARRIE SHEFFIELD: Going back for the entire duration of president Obama's administration we have seen that his commitment to Israel is questionable. I was on the ground as a reporter in Jerusalem. I saw this in 2009. The people of Israel have seen that Obama, he puts their interests below the interest of the Palestinians so this is no surprise.

BILL BALDWIN: I'm going to count it as a maybe on this one. The reason is that I think all foreign aid should be distributed to a small group of countries on the basis of good behavior. A country should be scored for democracy for women's rights, for property rights and for free speech. I would allow the Palestinians to enter the competition. I wouldn't expect them to win.

RICH KARLGAARD: Yes, you do. Sometimes you have to take a chance. Nixon went to China; Reagan decided he could deal with Gorbachev. But the problem with Hamas is a high ranking Hamas official was recorded on video as calling for the end of Israel and I don't think you can deal with people like that.

RICK UNGAR: I'm not a big fan of Hamas but since my role on this show is to give an opposing point of view, I will only say this, keep your friends close and keep your enemies closer.

STEVE FORBES: That's right. We gave money to North Korea to help the food crisis there. Where did the money go? Their nuclear program and military. Same thing with Hamas. If they denounced terrorism and recognized Israel as an enemy in that part of the world, you pony up money but after they have shown good behavior. Egypt got aid after they signed an agreement with Israel in the late 1970s. But don't do it in advance. You'll fund the very thing you're fighting against.

JOHN TAMNY: Whether they're terrorists or not or not are not the point. Why are American workers on the hook for wellbeing of friend or foe around the world? When governments spend they subtract capital from businesses. I think that's the bigger problem with this.

Would going back to the gold standard keep prices from spiking out of control?

STEVE FORBES: We had a gold standard from the beginning of this country right to the early 1970s and then we went off the gold standard We have been paying the price for it ever since, especially if recent years. If we had the growth rates, historic growth rates since the 1970s. The economy today would be 50% bigger than it is. We're paying a price, stagnation, social divisions, and bad all around.

RICH KARLGAARD: I like the idea. Maybe you have to have a little bit of flexibility within that but to Bill's point, look; companies are not spending money on the future because there's so much distortion today in markets. Too much regulation. The currency is not stable. There are a lot of reasons that the companies aren't investing in the future. We all agree we would like them to do that but a stable currency puts us that much closer to that happening.

ELIZABETH MACDONALD: We do have a modern day example. Greece couldn't print more money. It muddled through. What would happen in the transition? It would be a rocky time but it's an interesting idea.

SABRINA SCHAEFFER: I think there was one line that resonated with me and that's that we know how many inches are in a foot and we also need to know what our money supply is worth. That resonated with someone that's not a financial expert. I think that the reality is that we need to get away from the discretionary fed policy we have currently and get our currency tied to something tangible or there will be debates.

California Chrome is gearing up to win the Triple Crown this weekend at Belmont, tell our viewers what stocks are triple-crown winners!