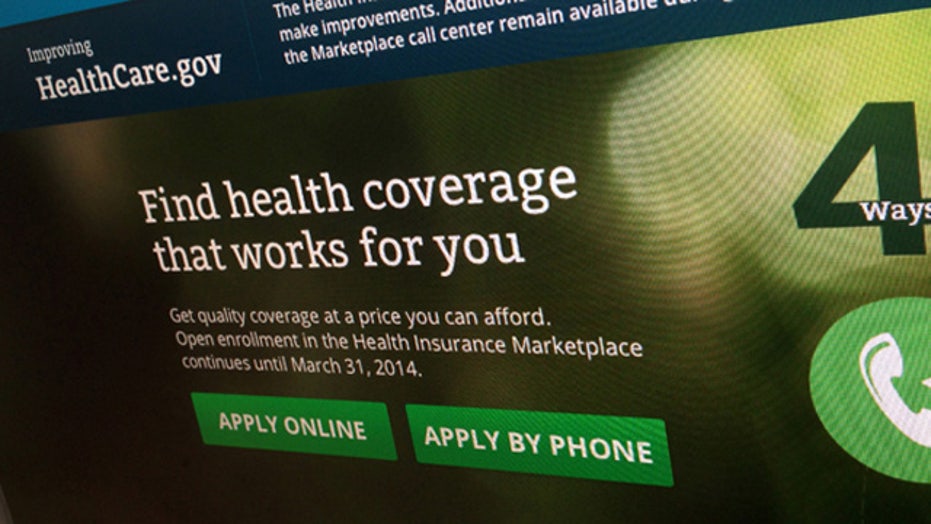 Should taxpayer dollars be used to promote ACA in the first place?

JOHN LAYFIELD: This is how politics are done, since 1980 our debt has just taken off. Since 2008, we've gone from $9 to $17 trillion. There is $15 million in here to study catfish for the USDA in spite of the fact that the FDA already does it. In place, we owe China $1.3 trillion. If we have to defend the Sea of Japan against China, we will have for the borrow money from China to do so. This is insane.

JONAS MAX FERRIS: It's all essential. It's there to get it passed, that's why it was passed so smoothly. What would be worse is not meeting in the middle and having a shut down. When you bring up this number, you are talking about taking discretionary spending back to the previous administration. I don't know that we've done that before, but it's a very good feat. It's not perfect, we're still running deficits, but it is as good as it's going to get.

GARY B SMITH: The amount that we're spending vs. what we are taking in is not insubstantial. It's a one trillion dollar deficit just in this fiscal year alone. The only solution can be if there is a balanced budget amendment. Not only about funding, because this will give the left the opportunity to raise taxes, but a balanced budget amendment that will somehow cap the overall taxes on the American public. That's the only way to get things done.

TRACY BYRNES: It's so ridiculous and stupid. It's gotten so out of hand. The fact that this is as good as it gets is a pathetic statement for the United States of America right now. This is so bad on so many levels; China owns the majority of our debt right now. It is just ugly.

GARY B SMITH: I think it's a good idea to have a disclaimer the ad, but it doesn't solve the root problem. Do people really need Magic Johnson to tell us to get health care? Do people even listen to these ads? Last year, we spent about a billion dollars on advertising, yes, its a drop in the bucket, but we don't need it.

SASCHA BURNS: At the end of the day, ObamaCare is here to stay. It's not going anywhere. So the more effort that's made to make it a disaster, then the more it's going to cost and the harder it's going to be to implement. So, yes, it's good, absolutely. Having the states actually work with the federal government to make it work will also get the thing moving.

TRACY BYRNES: If they are trying to appeal to the younger population, there are of young people who don't know who Magic Johnson is, with all due respect. If they're going to advertise, please advertise properly. They can even do that right these days. They don't know what they're doing.

JOHN LAYFIELD: Instead of trying to spend money to try to movtivate an employee, just hire motivated employees. Instead of spending money to try to make something popular, just don't pass something that is so unpopular. Imagine if George Bush had to spend taxpayer money highlighting one of his plans that the Democrats didn't like. I feel the same way about this, we need to know where this money is coming from. I agree with Gary B., don't spend taxpayer money on this.

JONAS MAX FERRIS: It would be great if the government didn't have products and services that had to be marked to the public. That's reality of this health care plan. It needs people in it to be cheaper. If the government can sell it to more people, all premiums will go lower because there will be more young people footing the bill. It can be very effective? Probably not. At the end of the day, they've got to advertise, they need people in the Affordable Care Act to get our premiums down. That's the way it is.

JOHN LAYFIELD: There are very few limitations put on this. You already have foreign companies saying they don't want to do business with American companies because of this; at some point we have to reign this in. They are gathering 206 million text messages a day. This is absolutely out of control.

SASCHA BURNS: I think it was smart to put it out to Congress, the intelligence committee and the DOJ to decide what to do. It spreads the culpability to everybody, but it also, hopefully, creates a better policy.

GARY B SMITH: When the IRS abuses power, I am all for clamping down, when ObamaCare messes up, I'm all for getting rid of it. On the flip side, I can see the positives that the NSA has had. We have probably stopped numerous terrorist attacks, we've prevented crimes, and all those other things the NSA should do. I think the NSA should probably at this point stay intact and just keep doing what it's doing.

TRACY BYRNES: The terrorists are five steps ahead of us, the computers that they tapped were people that they were watching that could do harm to us. I think Gary is right. This is open field, they kind of have to figure it out.

JONAS MAX FERRIS: The actual collection of all this data is probably economically the cheapest way to fight a lot of our problems. To Gary's point, we haven't seen an abuse of the use of it. Yeah, they're checking a lot of data, but I can't imagine anything better than going through data and being able to see a suspect's text message from the last three years. I would rather have the CIA and NSA in charge of this and not farm it out to corporate America. I don't think there is anything wrong with the collection if it's used properly.

TRACY BYRNES: Push to hike minimum wage will backfire and hurt the economy