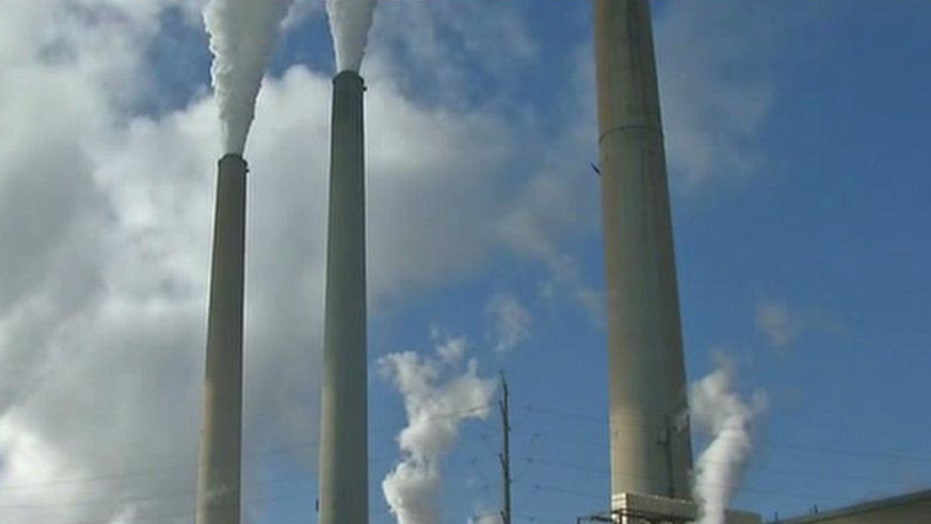 How will Obama's fight on global warming change the economy?

LARRY GLAZER: This is yet another back-door tax that is being assessed on businesses and consumers in this country. It will raise costs for everyone in the form of higher electricity prices. It will be passed through to all of us. Ultimately, that will hurt jobs. And it is hypocritical because it is essentially going to shut down 300 coal-fired power plants without a comprehensive long-term energy strategy to replace those plants and keep electricity flowing in our homes. That's why it's a problem. That's why it's going to hurt the economy.

JEHMU GREENE: We do not have to choose between the health of our kids and the health of our economy. We know that when we banned leaded fuel and banned things that were bad for our kids in the toys they were playing with, it didn't kill the plastics industry. It didn't kill the oil industry. And it sounds like what Larry is saying is that he has a lack of faith in our American companies to innovate. I don't have that lack of faith. I know that small business owners and the CEO of Wal-Mart, CEO of Honeywell, they believe in the clean-energy economy, that we can fix climate change, protect our environment, and have a strong economy. They don't have to be separate.

GARY B. SMITH: This green plan is going to absolutely kill us. The coal industry has been innovating for hundreds of years. Just read some of the stats. President Obama's attack on coal: first of all, we have about 500 years of electricity in coal. So attacking it right there is attacking one of the cheapest energy sources we have. Employment falls by 500 thousand jobs. Manufacturing loses 280 thousand jobs. Family of four's annual income drops by one thousand dollars a year. GDP decreases by 1.47 trillion. Attacking this industry, which by the way has been innovating in terms of clean coal energy, is absolutely ludicrous just by the numbers alone.

JONAS MAX FERRIS: To protect the environment, the goal is not to create jobs. Unfortunately, you hurt job markets sometimes. If we put out the old coal factories with regulations, someone's going to have to build gas-fired power plants. So in theory, it can create jobs. But it is a drag on the economy for the government to artificially dictate who is a winner and who is a loser in the power game. It could be done a little better than that if we just had higher taxes across energy. We would consume less. And then if they offset that revenue with lower income taxes, that would be good for the job market and a more efficient way to raise revenue anyway than taxing lower-income workers. Currently, there is no plant to do it that way, so it will be more of a drag on the economy.

JOHN LAYFIELD: I think it's a war on jobs. And when you don't have a rational or fact-based argument, you bring up some emotional arguments. "Kids are dying".... That's how you go about an emotional argument. I'm not sure why the President's bringing this up right now. Maybe it's to get away from the scandals, maybe it's to distract attention away, maybe it's to try to fulfill his legacy that said he was going to have the oceans recede once he became president. But there's a reason that there was a 95 to zero Senate vote under Clinton to get out of the Kyoto Protocol. There was a reason that when President Obama first took power he could get healthcare passed without one single Republican vote, but he couldn't get a climate change bill passed. Because this is a bad bill. I would love to never burn coal again, but there's not an option right now. I would love to never drill an oil well again. There's not an option right now. We have the cheapest electricity pretty much in the world. That's one of the reasons manufacturing is coming back. This kills the golden goose.

JOHN LAYFIELD: This is how you get a bill passed. You tell a person, "I want to get a bill passed." Okay, if you'll give me something for my fish hatcheries in Alaska, I will give you the immigration bill. Let's boil this down real simple. If you work for a company, and you're supposed to build a plant in Maine.... And you use that money to put a fence around your house in Florida, your neighbors may like it. It may be a wonderful fence. That is illegal, and you go to jail or get fired for that. There is no difference in what these guys are doing in Congress. This is stealing from the American people. I don't care if it's legal. You need to make it illegal.

JEHMU GREENE: Mark this day because I slightly agree with John. Yes, there is wasteful spending in this bill. Does it take away from the enormous economic impact that immigration reform is going to have on our economy? Not at all. Does it secure our borders? Absolutely. And while securing the borders, doubling the border patrol. Hey, that's jobs. Adding 750 miles of fencing on the border. More jobs. But more importantly, immigrants fuel our economy. Bringing these 11 million workers out of the shadows into the economy is going to be incredible for our GDP. It's forecasted to increase GDP up to two percent. That's something that the wasteful spending in there.... I can say, okay, that's how Congress works. Sometimes, you can't always get what you want. But if you try sometimes, you just might find you get what you need.

GARY B. SMITH: I would argue that this is the ultimate lose-lose. Forget how you feel about immigration. The fact is no one has read the bill. So anyone like Jehmu or me or anyone else saying, "These are the benefits; these are the negatives" is simply making things up because no one's read the bill. No one in the Senate has read the bill or certainly didn't read the bill by the time they passed it. As far as some of the benefits she [Jehmu] said, the bulk of the border agents are not even supposed to be hired until 2021, which means they will probably never be hired. The wall can be not put up by authorization of Secretary Napolitano. As far as the cost, we don't know. There's another 1.5 billion extra in jobs stimulus. That program failed. We don't know how much is in there. So the whole point of this thing is, it's another pork-laden thing. We don't know if it's going to work or not work. It probably won't work like Obamacare, now that we're finding that out. Why don't we trash it and save all our money?

JONAS MAX FERRIS: We can get all bunched up about it, but unfortunately, that's how things get done. We almost have to ignore the fact that these people bribe each other to get stuff passed. The real question is if what they're passing is good legislation. And unfortunately in this case, I don't see how building walls.... This just seems like we're using technology from three thousand years ago. And today, we have all kinds of ways to know where people are and ID. There's got to be a higher-tech way to do this than literally having an army at the border with a wall. That's how you would solve this problem 150 years ago, and it doesn't work, and it's expensive.

LARRY GLAZER: I refuse to accept that this is the way business needs to be done. This is less about immigration reform and more about drunken sailors in Washington spending our hard-earned tax dollars. We start out with a noble idea, and we add in casino kickbacks.... We are so far removed from immigration reform on here that it shows that 46 billion dollars' worth of spending.... Senators will vote for anything when they get their hands on that money.

LARRY GLAZER: The high cost of chicken wings is not all we have to squawk about. We have an inflation problem. It's in healthcare, it's in energy, it's all around us in education, it's everywhere except wages and income right now.

GARY B. SMITH: There's probably some inflation in the food area, but customers have so many options, alternatives, and ways to save that they're able to easily combat it.

JEHMU GREENE: We do have inflation, and is there a better reason to look at stagnated wages and the fact that CEOs now make 300 percent more than their workers when it used to be 40 times? And the reason for this is because of the drought. Another reason for climate change.

JOHN LAYFIELD: Corned beef and gas are up; real wages are down. Yes, it hurts.

JONAS MAX FERRIS: No, every inflation investment is tanked on Wall Street this year.