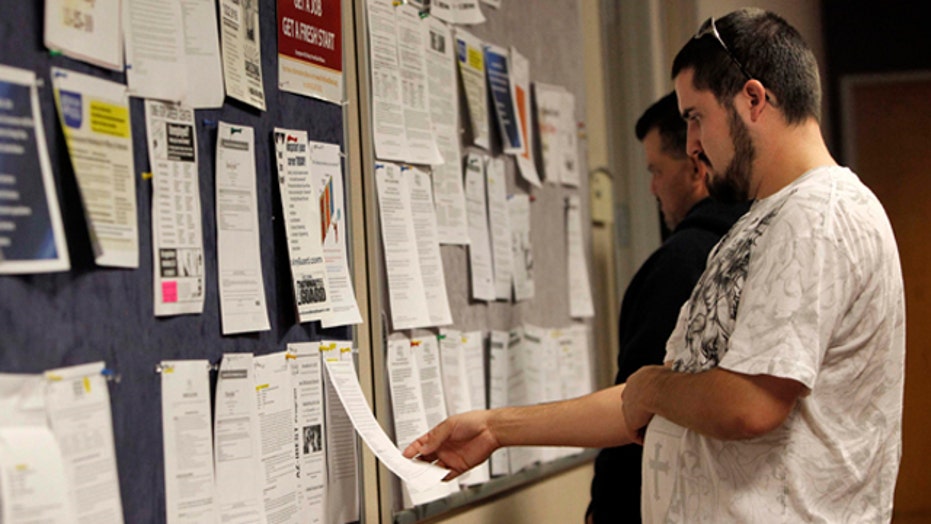 How will ObamaCare impact a jobs market on life support?

JOHN LAYFIELD: We said we were going to have fewer health care options. We just had a terrible jobs number. The unemployment rate went down, but we have the lowest labor force participation rate retention since March of 1938. ObamaCare is adding to the problem, we are looking at long-term unemployment benefits. What people want are jobs. We are doing everything we can to hurt the fact that this country can not create jobs.

BERNARD WHITMAN: The head of the U.S. Chamber of Commerce is talking down the economy. That's terrific. Let's look at the facts; the facts are that in the latest survey of CFOs, 4 percent of them said they would shift to part-time hiring as a result of ObamaCare. That is hardly a number to suggest hiring will be effected negatively. I think we need to continue to find ways of reducing jobs. Fighting ObamaCare tooth and nail is not the way to go.

TRACY BRYNES: That survey of CFOs, we're talking about the Fortune 500, sit down and talk to a small business owner, he will say, "Between taxes and regulations, I'm not hiring." As a matter of fact, small businesses have made it very clear, their optimism index is down. They are not hiring. If they, do it is part-time employees only. They don't want to be locked in to paying benefits when they don't know what the numbers will be.

GARY B SMITH: The employer mandate in Massachusetts really has had very little negative effect. I think it's for two reasons; with the ObamaCare employer mandate, the employers will actually get a tax credit. So that's good for them. It's going to help to offset a lot of this and will help to reduce the taxes. Employees are seeing this as a benefit. I think in the case because the way taxes are set up under ObamaCare, it probably behooves employers. So it remains to be seen. It might not, if we can base it on Massachusetts, be as bad as I might have anticipated.

JONAS MAX FERRIS: Pay raises won't go up to counter additional health care costs. Unless the total compensation doesn't go down the labor costs of the employer isn't going to go down over the years. So there probably won't be a whole lot of firing going on because of this.

GARY B SMITH: Why does government always think they need to step in and look out for all the dumb schmos out there? As if we wouldn't be able figure this out ourselves. Well, the Target thing has been well publicized. Target came out themselves twice now and said, "Look, we had this problem." Now the problem is even worse. You know what people did? They stopped shopping at target. That's the punishment that Target gets. We don't need the government and all their idiotic red tape to come in, to tell us what to eat, where to shop, all this other nonsense.

BERNARD WHITMAN: Thank god for Patrick Leahy. He has been trying to get the bill passed for almost a decade. It simply says this, it says if companies experience the security breaches, they have to report to consumers within a certain amount of time. What is wrong with that? That's exactly what the House passed with regard to healthcare.gov. I think companies should be held accountable under the law to tell consumers if there has been a data breach or security breach. What is wrong with that?

JOHN LAYFIELD: The problem is this is not a partisan issue. These guys in Washington, D.C. can't run a one-car parade. Target has been punished. Sales are supposed to be flat for the fourth quarter. They are now going to be down about 2.5 percent. When you talk about a market company, that is significant. I agree with the bill. They talk about the penalty phases. As far as putting more regulations in place, this Congress knows nothing about it.

JONAS MAX FERRIS: There is a lot of companies handling your data that have no brand that will get lost. They will not know they were hacked. There is an area, it's actually government underreach, the government spent so little in this area to standardize things; for example, I still have a wallet full of magnet strip credit cards, why is that allowed? No one company can fix that. You sort of need the government to set a rule. They don't go after foreign hackers nearly as aggressively. The CEOs don't let you know you are hacked. That's a minor offense.

TRACY BRYNES: Those people can't decide on what to order for lunch, you want them to dictate security for your data? You want them to have access to all that stuff? My god, I actually would put them on that sailboat behind you, send them out to sea, and be done with them. Tell them to stay away from my personal information.

TRACY BRYNES: It's unfortunate there are a lot of opposing forces that get involved in this stuff. People go on Yelp and post nasty things about restaurants, are you saying I won't get my loan because some disgruntled guy got a dirty glass? It's unfair to judge people like that unless there are rules, regulations, or guidelines out there. Otherwise, no that stuff should be left for me, my family, my friends, be done with it.

JOHN LAYFIELD: The problem that we have now is people don't know their customers and this is a way of doing due diligence. This will lower loan costs for everybody. It will lower default risks. To me, this is simply a matter of doing the things that a person who loans money should be doing.

GARY B SMITH: I want companies to make the best decision. It's silly information like the Yelp review, then they're doing themselves a disservice and a competitor will jump in and make that person a loan that the other company a denied them. So I think it's good. Look, I want the companies to make good, smart, and prudent decisions. As John said, it will end up lowering costs, not raising costs.

JONAS MAX FERRIS: There is no question in my mind this will lower loan costs because they will lower their default rates by being more choosey. At what cost will this happen? Look, if the people that do the FICO score could tap our phones, I'm sure they can figure out your credit rating better than if you paid a late phone bill. The fact of the matter does that make us a better society? They are literally snooping on our personal behavior, that's not fair game.

BERNARD WHITMAN: Until there is a correlation between social media posts and credit worthiness I think they are silly to troll on Twitter and Instagram. They have to determine and verify that there are actual correlations to what people post and how credit worthy they are. After all, we have to remember, our social media tends to be very curated.

JONAS MAX FERRIS: SMART WATCHES ARE ALL THE RAGE! (QCOM) TICKS UP 15 percent IN 1 YEAR