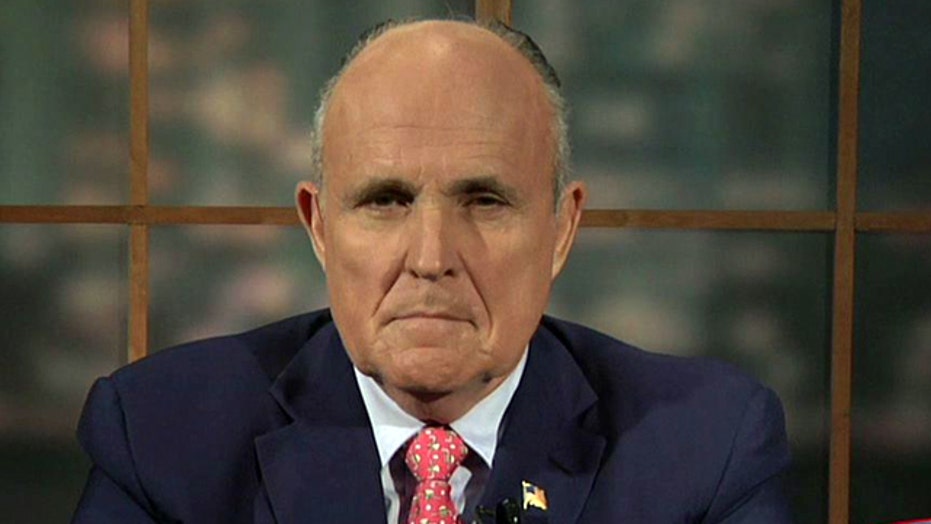 Media blame Amb. Christopher Stevens for his own death

This is a rush transcript from "Hannity," January 20, 2014. This copy may not be in its final form and may be updated.

Mr. Mayor, the Senate report actually said had, in fact, they listened to the request for security by Ambassador Stevens, they could have prevented this. I'm not sure what their interpretation is, but...

RUDY GIULIANI, R-FMR. NYC MAYOR, FMR. PRESIDENTIAL CANDIDATE: Yes, I don't -- I don't -- I don't understand this trying to rewrite history. It flies in the face of all the facts. Not only Ambassador Stevens' requests for more security but numerous other requests over a six, seven- month period from other personnel connected to that mission and that embassy. There were numerous requests for additional security. There also were specific acts of terrorism, including one, I believe it was in June of that year, in which they blew a hole in the wall of the -- of the mission.

GIULIANI: I don't even -- yes. I don't know what you need to wake you up than having a hole blown in the wall. Obviously, the secretary of state was asleep at the switch. She wasn't paying attention. She was trying to create a narrative of everything's working there, everything's fine, Al Qaeda is no real problem. She wants Libya to be a success. After all, she had no successes...

GIULIANI: ... as secretary of state.

HANNITY: We also learned last week, Mr. Mayor, we learned that the day -- while the attack was going on, we learned that the military people that were meeting with the president knew it was a terrorist attack while it was happening. So you know, that whole narrative was one big lie that it was YouTube-related, right?

The British move out. Nothing done by the secretary of state. A terrorist act clearly starts that day, and no reaction on the part of either the secretary or the president the way you would react if you were really acknowledging that a terrorist attack was going on.

HANNITY: I guess Cardinal Dolan is -- has -- has to get out of here, along with me!

GIULIANI: I think the governor's going to regret those remarks. I'm surprised, actually, because he hasn't really acted that way. He's been pretty much a moderate in the way in which he's governed, unlike, you know, the new mayor. I think he -- maybe he's trying to define himself as left- wing.

GIULIANI: We're now going to throw people out of the state because they're conservatives?

HANNITY: I'm pro-2nd Amendment, I'm pro-life, and I believe in traditional marriage. I have to go. I'll -- you'll have to move with me to Florida. But I got to run, Mr. Mayor, so...

GIULIANI: Talk to you soon, Sean.

HANNITY: All right. Thank you very much.