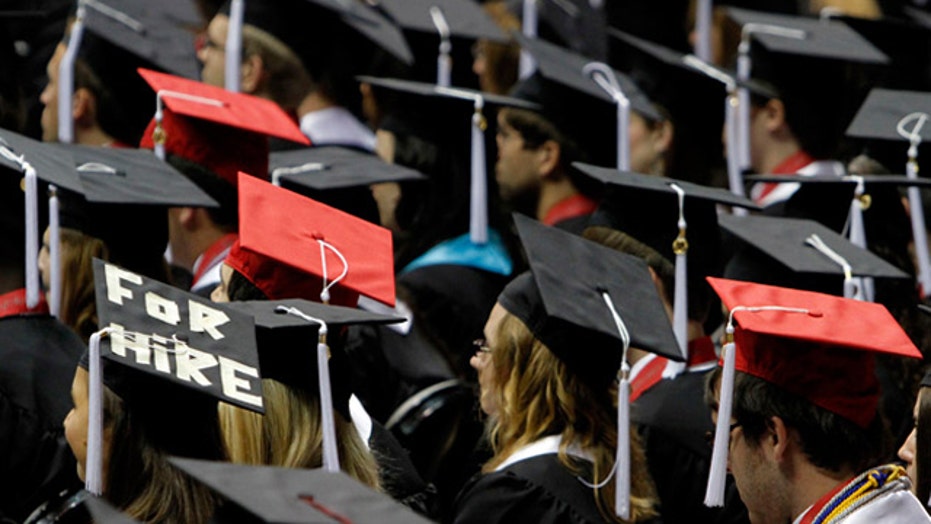 JOHN TAMNY: Yes we should because we should because companies should not be helping the federal government to snoop on us. We have to ask ourselves how much liberty we're willing to give up in order to create the false illusion of security? To live in a free society, there are risks involved, but these risks are worth it to have what we have. Let's not give it up so easily.

SABRINA SCHAEFFER: We are taking a giant step toward socialism if we allow companies to claim immunity. The government doesn't need to own the means of production for us to be in a precarious situation. If industry exists simply at the discretion or service of government, then we are in a very bad position as a society.

RICH KARLGAARD: I would remind John Tamny and Sabrina that the U.S. constitution is not a suicide pact. Terrorism is real. The telecoms got immunity during the Bush administration, this is nothing new. It is needed. These tech companies are being put in an impossible position.

RICK UNGAR: It's not just these companies that are deciding to go along with the government. They are acting pursuant to suffice a court order. They have to do it because they have been ordered by court to do so. If they are following the order of the court, they aren't going to lose a lawsuit anyhow.

RICH KARLGAARD: We are looking at almost $1 trillion of student loan defaults; even 6.8 percent is probably way too low. College costs a lot. I was able to go to Stanford University, but only after I spent two years in a community college 3 blocks from my house, while I lived at home. I spent nothing my first 2 years and graduated from a pretty nice college. There are so many ways today to cut the cost of college without asking tax payers to fund these low interest loans.

STEVE FORBES: People have to make these trade-offs. In terms of Ivy's, in addition to subsidies, tuitions are skyrocketing is institutions feel that if Harvard is charging $60,000, we can charge the same or people won't think we are providing a good education.

MORGAN BRENNAN: There is an old saying, Penny-wise dollar foolish, that's what this debate is about as far as student loans are concerned. There are 2 reasons that I don't think we should let interest rates rise. First, we are only talking about subsidized Stafford loans, which are paid for by the government as long as the borrowers are in school. You are essentially raising the rate on tax payers, more spending on taxpayers. The second reason is that unsubsidized Stafford loans and private loans, this does nothing to affect those and unsubsidized loans are already at 6.8 percent interest rates. It is not making a difference on the colleges people choose.

SABRINA SCHAEFFER: It's the entire student loan problem that we are talking about here. Its government intervention that has allowed all of these colleges and universities are driving up these tuition costs to these obscene levels that do push out on kids who can't afford them. People owe more on student debt than they do on credit card debt and car loans. This is very concerning, the idea that you would enter a job market today when we have $1 trillion worth of student loan debt, that's unheard of for a country like this.

BILL BALDWIN: You don't have to sucker punch the innocent students with the doubling interest rates are another way to get tax payers off the hook, it's very simple. You have the college guarantee the debts. Colleges would be a lot more careful about burying people with $50,000 graduation debt.

STEVE FORBES: Too much is never enough, when it comes to taxes, that's the motto of our federal government. They aren't using this money for upgrading air traffic control systems in the like just feeding their spending binge. Enough is enough. This idea deserves to crash.

BILL BALDWIN: We do spend too much on taxes, but this one is going to make your life easier because with a uniform tax on all airline services, the airlines would have the sense to go back to high ticket prices and free checked bags and we wouldn't have this half hour agony at the gate while people try and stuff steamer trunks into the overhead compartments.

ELIZABETH MACDONALD: Talk about fly the unfriendly skies, it's almost like you have to fly to get ready for a small military battle to get on an airline flight. Both the GAO and Congress are already blasting the transportation administration for padded budgets for waste, for abuse. Stop raising taxes until you put your own house in order, what do we get in return for it? We get long lines and delays.

RICK UNGAR: I don't see why they wouldn't; there are no fees I can charge where I get special dispensation and the government doesn't tax me on these fees. The airlines are making all their money; they admit it on these extra charges. Why wouldn't they be taxed?