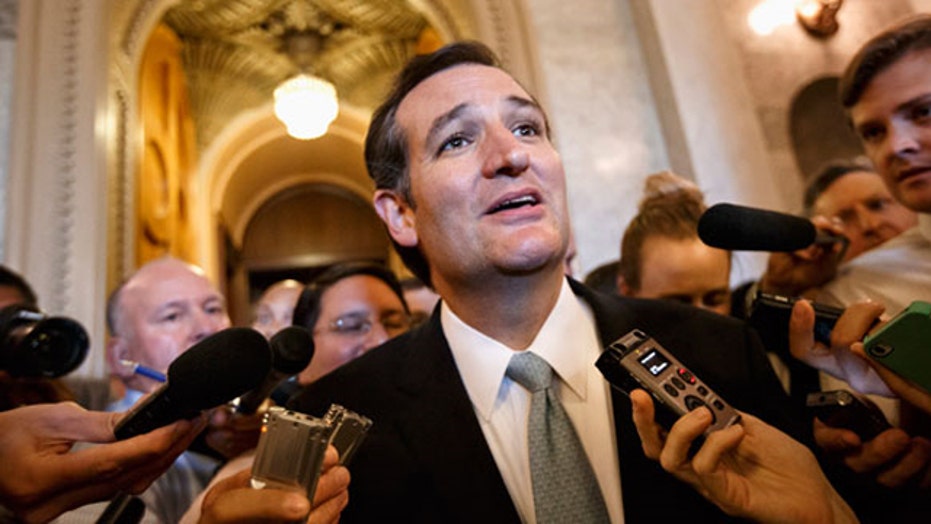 CHARLES PAYNE: Ted Cruz was articulate, passionate, smart, witty, and he had great interactions with his colleagues. He wasn't a nut. The idea of portraying him that way, as well as trying to dismiss the Tea Party has been the agenda of the media for a very long period of time. The Tea Party would be disingenuous if it didn't go after everyone.

ADAM LASHINSKY: I think what he is doing is disgusting and shameful. What we should do is pull together for legislation that has already been enacted and help it be good.

CHARLES PAYNE: Detroit is the ultimate poster child for progressive politics. You can throw money at the problem, but are they even in a position to pull them out of the problem? I don't think it will fix the fundamental problems.

DAGEN MCDOWELL: It's no shock that the federal government is putting some money into this city. What is shocking is some of these undisclosed payments that were made to retirees; again, it is a bigger morass in this city than was thought before.

BEN STEIN: This is not a progressive problem, it is a racial problem. This is the collapse of black family structure and the legacy of racism and slavery. It is a racial matter and has to be addressed as such.

ADAM LASHINSKY: This is not a bailout. I think the federal government would like to do a bailout, I'm sure Detroit would like a bailout. The $300 million is redirected federal money to help out a city that needs its help.

DAGEN MCDOWELL: There is something genius in this, I hope our educational system goes in this direction. If you can figure out what you want to do and do the cost benefit analysis before you commit to going to a four year university, then I am all in favor of this.

CHARLES PAYNE: We've become a country that does not appreciate knowledge. We don't cherish intellect. We cherish sports and reality television. We don't encourage the idea of learning something new every day of your life.

BEN STEIN: I love online learning. I think it is a fabulous innovation in education. If you have a kid that is willing to study and throw him into it, you have a very rare kid. For the rest of them that are just getting high all the time, it is a colossal waste of money and a colossal waste of time. I think online education is the wave of the future.

ADAM LASHINSKY: On one hand, I think all sorts of students are wasting their time with college, on the other studies show that people with college degrees are the ones who get ahead. We have a conundrum there. It's a tough one.