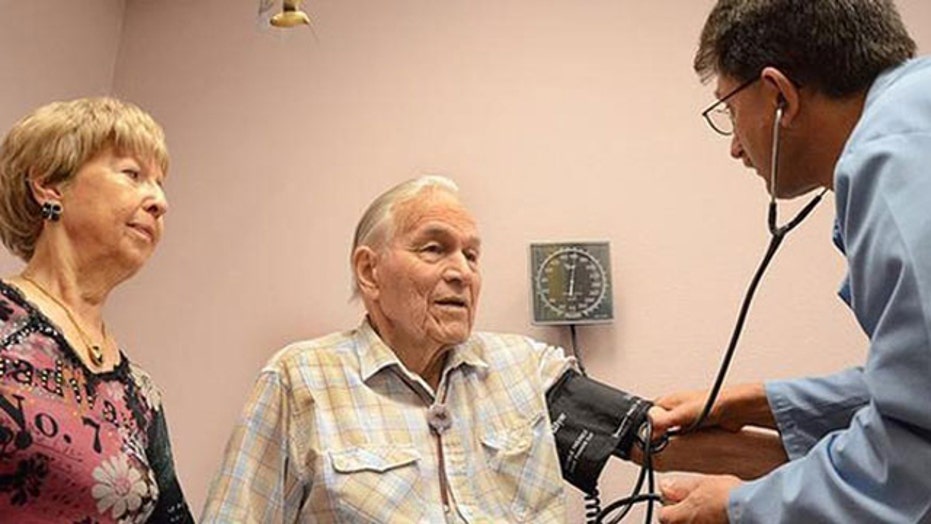 Did Reid let Democrats' health care plan out of the bag?

ObamaCare a step toward single-payer?

CHARLES PAYNE: Now, we're getting the confirmation and its going to be a painful confirmation process. Ultimately, when this happens it will push out the private sector, the prices are going to go up, the quality is going to go down, and innovation is going to get thrown out the window. Where we are as a nation now and where we have come from comes from profit motivation. They might live longer in other countries, but we are the happiest, fattest country in the world. We're doing pretty well because of the medical system.

DAGEN MCDOWELL: If you're a conspiracy theorist, then you would believe Obama Care as it was written. It has been written so that you can't implement it, so that then people will end up hating it so much that you end up going to a single-payer system. Democrats, like Harry Reid, can point to Medicare and say, "This is exactly what we need." Maybe it will happen, but there are so many people fighting it because it flies in the face of everything we believe in.

GARY KALTBAUM: In the long run, single-payer is going to kill us. The definition of single-payer is that they run the purse strings, that's what these people care about. The problem with that is that these are the people that are responsible for our 17 trillion debt, Medicare, Medicaid, and social security. Charles said it best; there is no profit motive when government runs things. It is just going to blow up. We see it in our current health care bill.

ADAM LASHINSKY: There was no secret that a segment of the Democratic Party was in favor of a single-payer plan. Charles made a very good point; it gets down to values and what you believe in. I'll offer you an example; we have a single-payer military in the country. The government pays for all of it because we want our country defended well, not sort of, not some people, not most people, but everyone. That is what people that favor a single-payer health plan favor, everybody getting medical care. I don't think that Harry Reid just now tipped his hand; he did that a long time ago.

CALLS FROM LEFT AND RIGHT GROWING TO CUT U.S. AID TO EGYPT

GARY KALTBAUM: This money is supposed to buy influence; I don't think we have any influence in that region. Chuck Hagel couldn't even get the Defense Secretary in Egypt to take his calls. It's not just Egypt, we give $1.5 billion to Libya, $2 billion to Pakistan, and we aren't seeing any love from a lot of these countries. We can keep those billions at home and do some good for this country.

DAGEN MCDOWELL: If we stand back, will it only encourage and embolden the Muslim Brotherhood? If we completely pull the money out, will we completely lose contact in any type of channel? It could heighten the chance of a civil war. It could get a great deal worse.

CHARLES PAYNE: We've emboldened a static situation. The military supposedly are the ones that keep the kingmakers out there, and they keep getting money from us. I think we should pull away the punch bowl and they have to take action. They have to earn this money. They have to follow through with the steps, create reforms, create a real democracy, or at least something akin to it. We have played this game too long.

ADAM LASHINSKY: This is not about us being loved; this is not about us supporting democracy in Egypt. Of course we would like both of those things, but that is not what it is about. We are clearly allies with Israel, and it is about creating security and stability. Our ally, Israel, wants a partner to work with, for better or worse, it happens to be the Egyptian military. I agree with the New York Times editorial. The key word is 'suspend'. We should suspend our money until we feel that we can give it to them again.

POLL: KIDS SHOULD BE ALLOWED TO LIVE AT HOME FOR 5 YEARS AFTER COLLEGE

CHARLES PAYNE: Some of these kids are going to have kids when they're 30 years old. My son is 16; he's going to be going to college soon. He can come back under two stipulations: you are trying to save and start a business, or you are looking for a job. We are not going to play a game for five years where he is just watching music videos at home. Anyone that thinks that five years is a good period of time isn't doing anyone any justice.

GARY KALTBAUM: I'm biased. My son just graduated from college and just left. I already miss him. He's up in New York City, that's why I'm here more often. He can come back and stay for the rest of his life for all I care. A lot of people are going back now out of necessity. There is a lack of jobs out there, and the jobs that are out there aren't that great. I see it both ways.

DAGEN MCDOWELL: Kids that still want to live at home with their parents, after they've been away at college have something wrong with them. I wanted to get out as soon as I could. I was dying to get out of my parents house and I was willing to do anything to do it. My parents are glad I'm not at home.

ADAM LASHINSKY: I'm biased as well, I moved out two weeks after graduation. I was always very proud of that. I don't want to judge these kids. They've got debts and whatnot.