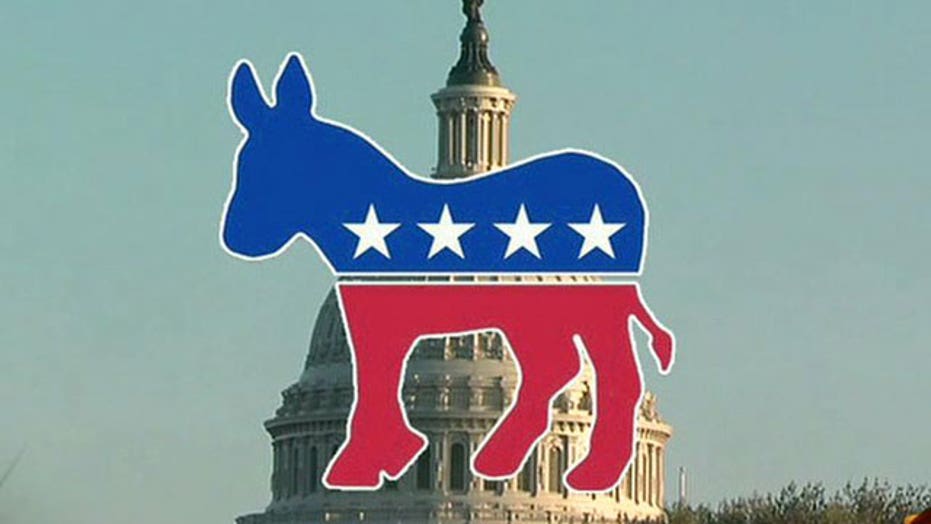 Democrats running from the Obama 'recovery'?

Strategists urge vulnerable candidates to avoid talking about the economy

GARY B SMITH: This recovery was horrible. The recovery rests on three pillars: employment, median income, and housing prices. Employment is up since Obama took office. Median income is down since the end of the recession. Housing prices are also down since Obama took office. All three are negative and the Democrats are right to stay away from them.

JONAS MAX FERRIS: We've recovered. There are more job openings since 2008; there won't be a whole lot more of job creation because the companies being created don't need as many employees. That is the result of this modern economy, but every data point is better than it was six years ago.

TRACY BYRNES: They Democrats have not recovered at all, they're probably worse off than when we started. Retail sales haven't bounced back at all. Take a look at the amount of lower income people in this spiral, at this point they aren't getting out anytime soon.

EMILY TISCH SUSSMAN: The recovery has primarily been at the top for Wall Street and for businesses. People aren't feeling it in their household budget, so they don't want to hear people tell them they should be feeling it. I think that's why Democrats are moving towards a message that will actually help people.

JOHN LAYFIELD: They're arguing about message, they're not arguing about any type of method to create jobs. This is the most reprehensible politics there are, because they aren't doing anything for America, all they're trying to do is get reelected. We are going to get nothing done leading up to the midterm elections.

TRACY BYRNES: This is infuriating. We work our butts off and have to pay Uncle Sam while they get bonuses just for showing up. They have a budget problem and people are being laid off, so where is this money coming? The timing for this could not be worse.

EMILY TISCH SUSSMAN: I think we can all agree we want good, competent people working at the IRS. It's a little sensitive during tax season, but we do want to retain good people, one way to do that is incentives.

GARY B SMITH: Didn't they sign up for this stressful time? It's not like they're saying, "April 15th is so stressful. I need to be paid more money otherwise I'm going to go work somewhere else." Do other people in other agencies get paid better? Sure, but the wages they're paid seem pretty fair, plus they get all kinds of other stuff. I don't think they need $62 million.

JOHN LAYFIELD: These guys are just going to work every single day, somebody is promising them things that either the government can't keep or things that they shouldn't promise at all. It's not the employees, they're just like us. The problem is the IRS, if we could simplify our tax code, the IRS would be a lot simpler.

JONAS MAX FERRIS: If you can't get a bonus at the IRS this year because they're having trouble, why would you work there? If you don't, you're going to get low quality workers. To solve the efficiency problems you need bonuses and hirer management salaries; that's how you run it like the private sector.

JOHN LAYFIELD: If these kids can build the next great app, then they can hire some other stupid kid to build the Legos for them. Talk about a first world problem, we're worried about kids with iPads.

JONAS MAX FERRIS: For every study like this there is a study that says that video games are good for you. These kids are probably using less television now. This beats Brady Bunch by far.

TRACY BYRNES: Find me an adult that isn't constantly on their phone, I think this is just society. Their parents gave them the iPads. I don't think we blame children. We are creating the workforce of the future.

EMILY TISCH SUSSMAN: I see this personally, some of my friend's kids know how to use an iPad better than I do by the time they're one. They're really attentive when they use these things.

GARY B SMITH: Every time we go through a technical shift, there is always a cry from the horse and buggy crowd. This is silly, it's just evolution.