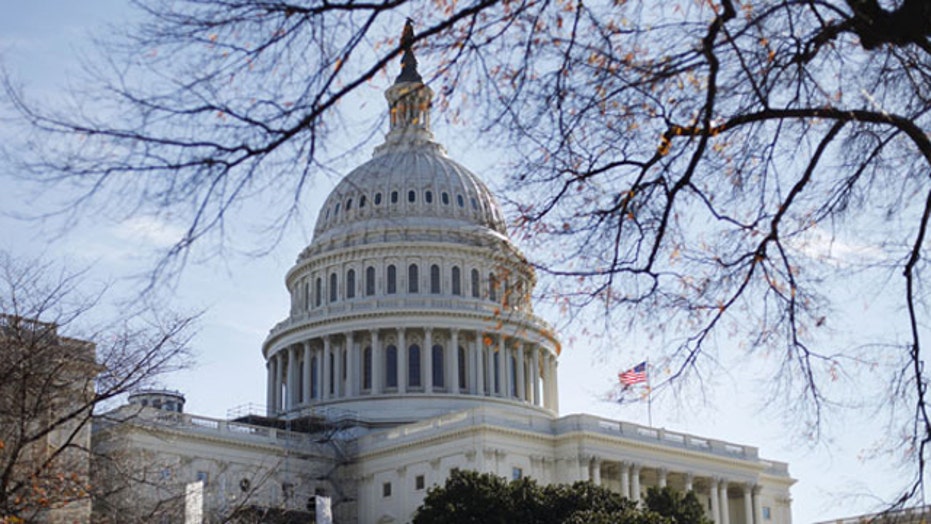 Are taxpayers about to get hammered with even more pork?

JOHN LAYFIELD: These are the exact same earmarks they've had for several years and Harry Reid claims historical precedence. Historical precedence doesn't mean jack when you're wrong. This is absolutely insane what's going on. They're stealing from the American people and this is corruption at its finest.

CHUCK ROCHA: They want to take this money back so they can show their friends about it and be all big and mighty and look what I did for the district. Since they put the ban on it, it has really reduced, but I think politicians are always going to try to find a way to get that money and take it home.

GARY B SMITH: It's a vicious cycle, Brenda. These people, these politicians get elected and, they're in favor of earmarks. Why? Because earmarks are basically favors. They're buying votes and it just keeps going on and on. That's why you see so many incumbents get re-elected. There really needs to be a ban on this because not only is it basically buying votes, but the money is almost always invariably spent inefficiently. We've gone through the bridges to nowhere and it just shows how wasteful and inefficient this spending is. It has to stop.

JONAS MAX FERRIS: This figure is down 90 percent from 2006, when the amount of earmarks was like $30 billion or something. That's good enough for government. You can't expect perfection out of our congressmen. Is it more wasteful than giving Oregon money to build a website that doesn't work? I don't see the difference. So, if it gets stuff done and it's not a lot of money, more than a few hours of total government spending for the year, I don't see what the big deal is.

TRACY BYRNES: It adds up really quickly and the abuse runs wild. It's unfortunate because causes that need some sort of earmark are completely taken advantage of and wiped out of the system because of the corruption. They use this money to buy votes from each other. The system has gone so awry.

GARY B SMITH: Walmart is basically anti-union for a reason. They believe that they have the freedom to set the wages. The workers have a freedom to come and work there and as we've seen in many, many Walmart openings, there are lines around the block for those jobs. Unions want a monopoly so they can ensure and bulldoze higher wages. The two are not compatible, so I can honestly see why the unions want Walmart totally out of business.

JONAS MAX FERRIS: Sometimes environmental jobs hurt jobs. A lot of union jobs are not green jobs. These are not jobs with benefits from a high fuel tax or something. So, Obama had to commit to one and kind of not dance around it like with the pipeline. Walmart is doing a great job. They are one of the largest users of solar energy and he has to award that and, yes, they don't have the highest labor rates in the country or the best health benefits. I do think labor is never going to get over that unless Walmart pays a higher rate than Target and then maybe they'll move on to Target. The President did the right thing.

CHUCK ROCHA: They have low wages, and so the union wants to come in and see if they can give the workers a voice. You'd say it's a free market and let that dictate the price; we'll drive this down to the lowest common denominator and people will wait outside the doors and that's the reason the union wants to organize this place. There is a difference between him being there to talk about environmentalists and the unions there saying we want to drive up the wages.

TRACY BYRNES: We'll never hear that the people who are paid through those federal contracts are paid less than Walmart. Walmart is big evil. The President has flip-flopped back and forth on his environmental push and this week he was all about it. We heard all week long that he is back on the environmental kick because his leftist environmental voters are really, really kind of upset with him. If he is expecting to get these people to vote for him or anyone in his party, he has to do something. He is almost coming to Walmart with his tail between his legs.

JOHN LAYFIELD: Walmart is saying to the U.S. government they produce more solar energy than 38 of the United States. 24.2 percent of their global energy comes from renewable energy. They lowered food inflation in the United States by a full percentage point. I'm not sure why the left and the right don't like these guys. They have just become evil because they're big and big is necessarily bad in some people's eyes.

JOHN LAYFIELD: There is a reason Texas is getting business specifically from California. California poverty has doubled since 2006 to 12 percent to 24 percent. Taxes are through the roof and your schools and your police are underfunded. You can go live there or you can come to Texas where you have no state income tax and your schools are funded and police are funded. Our governor there can't remember three things in a presidential election, but our businesses are doing great business down there in Texas.

CHUCK ROCHA: I can tell you there are plenty of jobs in Texas and you need two or three of them to make a living. In California, things haven't always been as rosy, but in 2012 their GDP grew 3.5 percent and we take that in the United States every single day. The other thing in Texas, you have a business friendly court system because it is run by the conservatives. If you're a business and afraid of getting sued, you want a judicial system that is favorable towards you.

GARY B SMITH: The whole point of this segment is do taxes affect business? They have to. Look, you make a profit and you make a product and you deduct your expenses and from that you have a profit. From that profit you pay taxes. The problem is after you pay the taxes what you have left are retained earnings. Those retained earnings go forward to build your future business. If you have a Subway sub shop and you're a franchisee, you build it and go on to the next one.

JONAS MAX FERRIS: The first city on this list is Washington, D.C., a place where one in three people work for the government is allegedly the best place to go. You can't look at the methodology, there are more than taxes.

TRACY BYRNES: It's a math equation at the end of the day, its money in versus money out. Whatever is left you have room left for head count. Nothing left means you have no head count.

JOHN LAYFIELD: TWITTER BEATEN, BUT NOT BROKEN; (TWTR) UP 20 percent IN 1 YEAR

TRACY BYRNES: TEACHER FIRED FOR USING A BROOM TO BREAK UP A FIGHT SHOULD BE PRAISED INSTEAD!