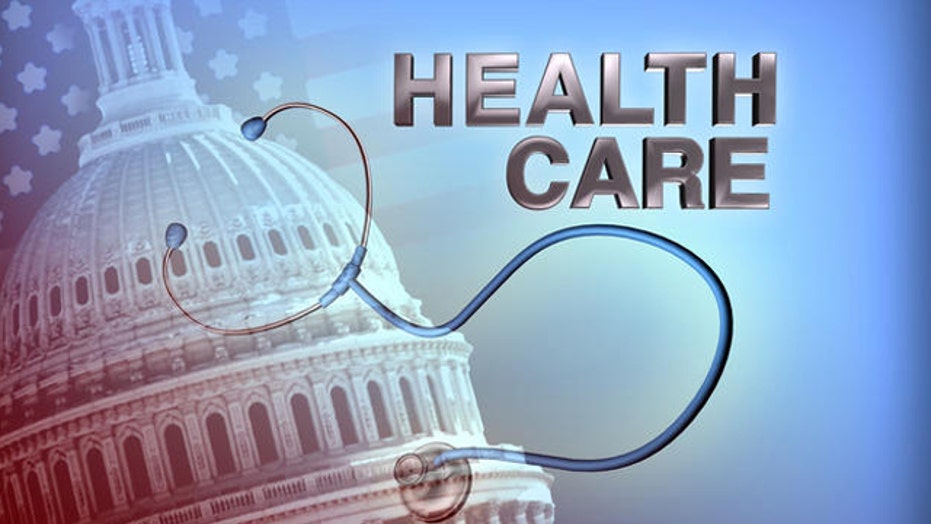 MIKE OZANIAN: No David, we can't. Every country that has tried a full-blown national health care system has either experienced higher costs, or less health care. We even see with Obamacare, which is just a backdoor to a single payer system, he had to implement a huge tax increase to help pay for it. So, of course it costs more.

MARK TATGE: There is going to have to be a single payer plan if we are going to reduce costs in society. Will this reduce the deficit? No. It depends on what your goal is. Is your goal here to provide health care to people because the private sector has not done a very good job of this. We have seen costs in the private sector go up 2-3 times the rate of inflation. How is that a good thing? I think there would be more people covered, and the cost would be lower if we had a government option.

ELIZABETH MACDONALD: No, I hear what Mark is saying, by the way, this congresswoman is the same person who said we should unionize doctors. Look, we have a veteran's administration that is doing health care that is not so great, I wish it was doing better. A one size fits all approach for a single payer here in the United States would be really costly. We don't have the same demographics as Britain or Canada, even those health care costs continue to rise dramatically in those countries. This bill says it would pay out increasing taxpayer funds to increase coverage so you can imagine that the cost for this bill would go up dramatically.

RICK UNGAR: Actually no, I frankly wish that it were but I don't believe it was. I think what was relevant there was that it was from 2003. He was in fact in favor of it. To tell you the truth, I think the president is secretly in favor of it. Sadly, it is nowhere near what we got in the affordable care act. Let me point something out, first of all what the congresswoman has proposed is not full-blown national health care. It is a public option that would compete on the exchanges with the private insurance companies. Number 2, it's never going to happen we should recognize; she is the only one proposing it and it is never going to get through congress. Number 3, if in fact it could happen, the truth is it would probably save about $100 billion over 10 years simply because it would reduce the amount of subsidies that are going to be paid on the exchanges to people on a lower income brackets. So if you're truly a deficit buster you actually ought to be for it.

MORGAN BRENNAN: I think Rick makes a good point when he says that it is very unlikely that this public option is going to happen. I'm going to jump on this funky mathematics because this $100 billion plus number that is being thrown around is from a 2009 CBO report. Then in 2010 we saw that the number was actually $68 billion dollars. Two different programs by 2020 and I think that's the big issue here with public option is that there is so many ifs and so many questions to whether this would make or lose money. One of the biggest things is whether or not subsidies would be involved.

$4B in stimulus spending went to 'green' projects abroad

ELIZABETH MACDONALD: I don't think the government should be picking winners and losers in the energy field. We've got natural gas really creating jobs, you don't hear a lot from the administration supporting that. Solar and wind are really pipe dreams. Companies overseas are maybe doing it cheaper and better in places like China. I don't care if it's less than $4 billion, I don't like the phoniness of the administration saying we are going to create jobs here when back-dooring money overseas.

MIKE OZANIAN: What this example shows me is the folly of President Obama's argument that stimulus would pay for a job in a particular location i.e. the United States. Capital is fungible, it's going to go where it's treated best. The government should not be in the business of picking winners and losers. It should be based on economics and where people think they are going to get the highest rate of return. This is something that the Obama administration doesn't care about because he wants his own agenda which has nothing to do with real economics.

MARK TATGE: This is a very provincial and backward argument. What is a U.S. company anymore? The top 100 companies receive 50 percent of their revenue from outside of the United States. So in some cases, they are engaged in foreign markets than they are here. So are they U.S. companies? They don't pay U.S. taxes in some cases. Or are they foreign companies? The fact that we are subsidizing companies here to do something we subsidize companies all the time. This is a very small amount of money.

MORGAN BRENNAN: I don't think so because we are talking about American subsidiaries of companies. Really American companies, Spanish companies, Italian companies, global corporations that are what we are dealing with, we are in a globalized world. As long as those tax dollars are going towards companies based in America that are creating jobs for Americans, which to be fair, even in this report it talks about it, many of these jobs did go to American workers. As long as that's the case, I'm ok with it. Now if you want to talk about the Texas wind farms, how it went to jobs in China, I have an issue with that. As long as Americans get jobs, I'm OK with it.

RICK UNGAR: Well let the records show that I am coming out against a tax, never thought you would see that did you? You can't allow one member of congress to decide whether this is bad, this is this, this is that. We need more research to know whether or not video games are having this impact. If they are, then maybe a tax is appropriate, but we aren't there yet.

ELIZABETH MACDONALD: The tax is coming up in the state of Missouri, I'm just making a broad point, that yes congress can crush broad industries with taxes. Yes, maybe a cigarette and alcohol type of tax on video games could curtail it. I don't like taxes at all for the record. Listen, why would the advertising industry be earning $250 billion dollars annually because they know they can influence behavior and that's what my point is about video games, it can influence behavior and even violent behavior.

MIKE OZANIAN: There must be something in the air today because I'm on Rick's side today. What bothers me about this tax is that it is passing along the responsibility of raising a child and handing it over to the government and taking it away from the parent. EMAC is right, If you wants less of something you raise the tax of it, but I think the parent should be responsibility here.

MORGAN BRENNAN: My husband would cringe hearing me say this but I'm possibly game for this tax and the reason is because we don't know if there is a link between video games and violence. There should be more studies, even President Obama has said in the last couple of days. That's going to cost money, we need to fund that someway and if it's a 1 percent tax on video games, we are talking about pennies, then it's worth considering it.

MARK TATGE: Tax. it's pretty clear these games influence behavior and the increase in violence and we can't ban them, so let's tax it and use the money for education and the for cleanup of the aftermath of these violence related massacres.

People who didn't buy Ebay are having "non-buyer's" remorse since the stock is up 73 percent this year. What stocks should you buy now so you don't have non-buyer's remorse? Reminder: Stock needs a market cap of $500m or more. And must trade on NYSE or Nasdaq.