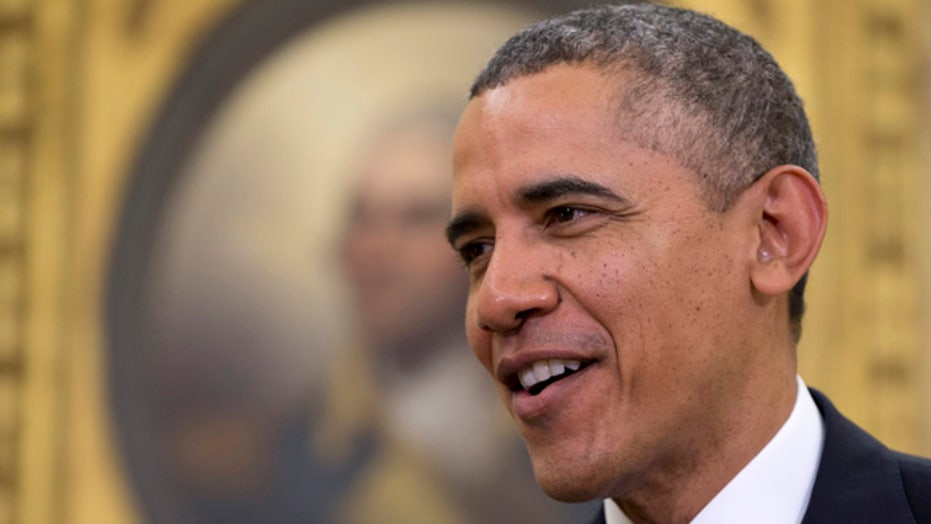 Will Americans end up paying more for health care?

CHARLES PAYNE: This thing is going to be extraordinarily expensive to everybody involved, and nobody is talking about all people who did not have insurance before the law. That was what it was sold as, as this cure all in a mean spirited society where tens of millions were left out of the system. Those are miniscule numbers. It's heart breaking. We're the millions of people. One of the problems is that it was hinted this stuff would be free. It's becoming more and more expensive as each day goes by.

DAGEN MCDOWELL: That 30 million number comes from the Congressional Budget Office. It's unclear how many of these a little more than 7 million people that join the exchanges didn't have insurance, we have a good still only one-third were previously unemployed. You are basically shuffling the deck chairs if you will in upending health care, to what end? Not that many more people have insurance.

CHARLIE GASPARINO: When you build massive public policy on a lie, you can't trust it. Then the debate among lawyers is who is really a part of the 7.1 million? It becomes a legal discussion, but remember the premise of the entire law is a lie.

JULIE ROGINSKY: I don't know where they're getting that 400,000 number. I'll tell you this; the state of Kentucky is a good number 40 percent of the uninsured will be reduced thanks to ObamaCare. That's just Kentucky that's not even talking about California with larger numbers.

GARY KALTBAUM: I don't remember anybody talking about, "Oh, the success of this is to have 7 million sign up." All we were talking about is the uninsured. That is just not happening. The bottom line with all of this is it was sold based on nothing. We are ending up with nothing. We have higher taxes, higher premiums. There was a major study just done with the biggest corporations out there, the 10,000 employees that found out it will cost $5000-$6000 bucks per employee to move forward, this will hurt unemployment. This will go south big time as we move forward.

DAGEN MCDOWELL: I think those senators who voted for the bailout need to stop wagging those fingers, I mean talk about the culture of cover-up. You invested. You bailed it out. I was in favor of the auto bailout. I find it comical these senators sit up there and are scolding the company. You owned it until the end of last year. It's a joke.

CHARLES PAYNE: Investigators can see the key went from running the engine to the radio. There are over 100 complaints, more complaints about that than a Toyota Corolla, which the government insisted was a bomb. They told people not to drive Toyotas. They took them, made them recall this stuff. You got to ask yourself, why did you look the other way?

CHARLIE GASPARINO: There is a moral hazard here, there's a notion when you bail out a business, and management gets fat and happy and takes more risks. The banks were bailed out many times, lower interest rates, small bailouts, you name it. When you have a business bailed out, management becomes fat, happy, complacent, and stupid. That's what this is all about.

GARY KALTBAUM: If anybody at gm knew of this, I think it would be a criminal cause there. This is all bad news, as far as the bankruptcy goes I think it would have been done, unfortunately, a different way. Nothing is coming from this.

JULIE ROGINSKY: The bankruptcy laws in this country, not so much GM as an example; they insulate you entirely from criminal liability. Taxpayers funded this, I agree, I support it from the ripple effect from the economy, do I have sympathy for GM over this? Of course not.

GARY KALTBAUM: Here's the problem, there are over 80 national welfare programs doling out almost $1 trillion. There's too much money sloshing around. That's how you get this type of fraud. It took seven years to figure out what these people are doing. There is so much of this out there in the tens of billions of dollars. We need a fraud czar when it comes to welfare.

JULIE ROGINSKY: From what the government reports, there is less than 1 percent fraud in the SNAP program. That's like saying you can't drink alcohol because there are bad drivers out there who drive drunk. Reality is there will always be bad actors. Don't throw the baby out with the bath water.

DAGEN MCDOWELL: Prosecutors are on the case. You had a record number of people on food stamps, on disability; they are cracking down on fraud. January and February this year was a big disability fraud bust. About 128 people were picked up. It was former cops and firefighters here in New York City.

CHARLIE GASPARINO: In the old days when you got welfare, you had to prove you needed welfare. You don't have to do that any more. They literally hand you the check after the initial interview. In the old days they kept checking on you.

CHARLES PAYNE: It's a gigantic fund. I think the government deliberately puts loopholes in it because people on welfare think they are getting over. You stay in poverty and these are sweeteners to never help you get out of it. You can't put $1 trillion out there and have no one abuse it.