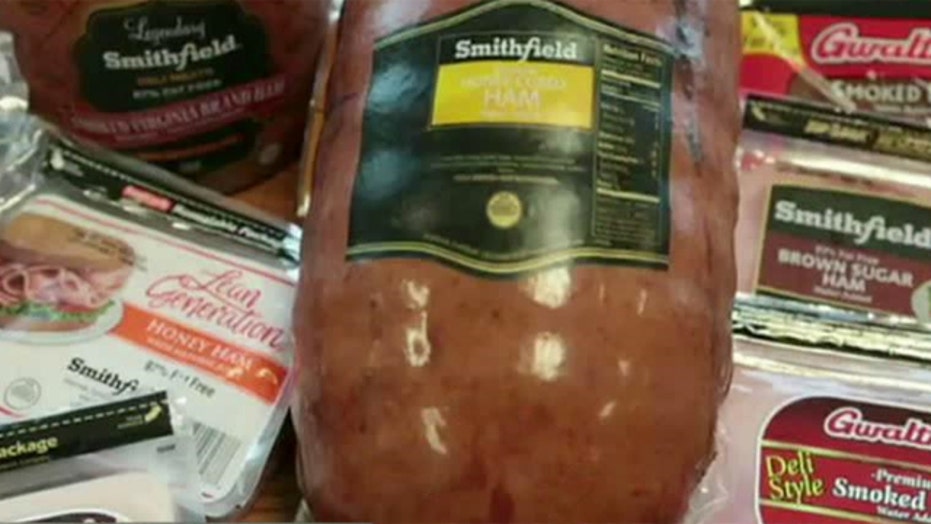 JOHN LAYFIELD: People that are proponents of this are ignoring the facts. People are hiring temporary workers to fill full-time slots to get around ObamaCare. The Administration has come out and said that health care costs are already coming down. In 2009, you started to see this trend before ObamaCare ever kicked in. The Kaiser Institute just came out and said 77 percent of lowering health care costs came from an economic slowdown. There is a huge cost to this. This is not free, and it's not just born by the individual. This is projected to cost the government $1.4 trillion that we are going to borrow from China and very few government programs come in under budget.

BERNARD WHITMAN: 94 percent of employers have said they will absolutely continue to give health care to their employees. I think while you have anecdotal evidence of a company here and a company there saying they may not. In fact, it's going to be a huge boom to business, because Americans will have confidence that their health care problems will be covered, they'll be able to get access to preventative care like 100 million people already have. In states like New York, costs are expected to go down by 50 percent, it's going to be a huge boom to the economy.

TRACY BYRNES: Hiring is already down, we hear it from Home Depot and from small businesses capping out. We are hiring more part-time people they are not rolling over to full-time. Companies do not want to take the risk because they do not know how much it is going to cost.

JONAS MAX FERRIS: I don't think anyone will know exactly what is going to happen until it fully implements. There are so many moving parts and behavioral changes that are hard to predict. So far, it actually looks like it's working because health care prices year after year have gone up less than they have the last 50 years of this country. I don't know how much of that is because of this plan taking effect or how much of this is because it can't go up more than inflation forever. One of the reasons why people get jobs is because health care is so expensive you need a job for health care. That's going to change now with subsidies it might lead more people to start businesses. Is that good for the economy or bad? We won't know until it happens.

GARY B. SMITH: If the lights go out, the lights will go on in a lot of people's heads. It's not going to be as catastrophic as everyone makes it out to be. All the things we want the government to do and is mandated to do, those things will continue.

BERNARD WHITMAN: If the government shuts down for three or four weeks GDP gets cut in half, growth falls to 1.5 percent. If the government is closed for the month we enter a recession for the quarter. It would be a complete disaster. Hundreds of thousands, if not millions, of federal government employees will not get a pay check. That means no tax revenue, no money to spend.

TRACY BYRNES: The government will never be shut for a month. If it shuts for a day or two, maybe, and that's just to make a point. Last time this happened the market was flat and then it went up. It means nothing at the end of the day.

JONAS MAX FERRIS: Is it as bad as defaulting on debt? No. But it's a lot worse than we are hearing. When they go into shutdown mode, they lose more than they are going to save, they shutdown things that are profitable to the economy. They have their priorities totally wrong on a shutdown and that's why it is bad for the economy.

JOHN LAYFIELD: I don't think we default on the debt. I think there is a good chance we can have a shutdown. The longest one was 21 days; I don't think it will be that long. It will be a dent on the economy not some cataclysmic event.

TRACY BYRNES: This is crazy stuff. The upshot for Americans is that most of the Smithfield stuff will still be made here in the U.S. But if they start to make stuff overseas there is no FDA and there are no guidelines, they can basically do whatever they want out there. I think that is frightening.

GARY B. SMITH: The reason the Chinese are making the acquisition is so they can get more pork for themselves. It's still going to be overseen by these government agencies like the USDA.

JONAS MAX FERRIS: The problem with China is they make the products that are then resold in America. This is move in the right direction. I don't think major brands in America need the government for consumer safety. In China and small companies they need government regulations, but not a major name. They would go out of business very quickly if they did something unsafe.

BERNARD WHITMAN: We should be very worried; the USDA and FDA do not have authorization to do inspections in China. A big concern is if they start taking meat that is raised here, shipped there and having it processed there and having it brought back here. We have no idea of the standards that are used in the plant. And there is no point of origin labeling requirements and consumers will not know if the meat is processed here or in China.