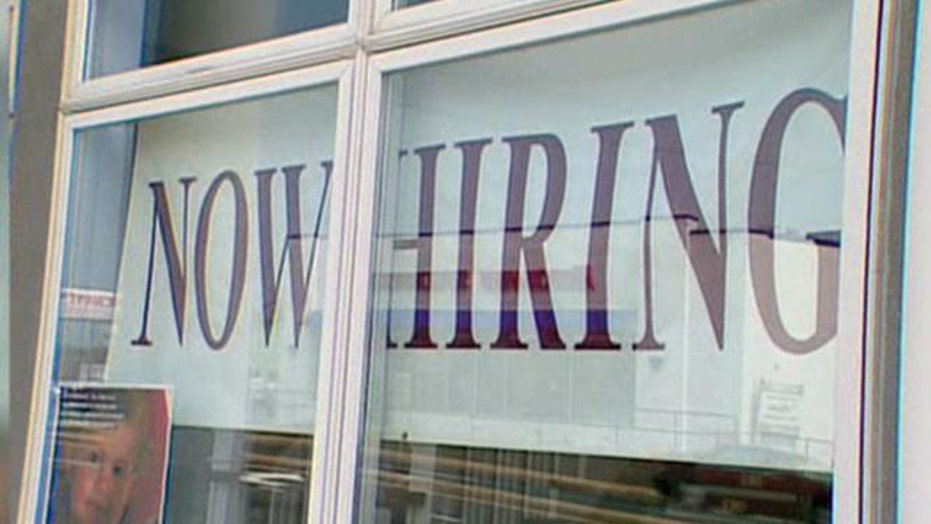 GARY B. SMITH: States with the highest minimum wage in many cases, higher than the current minimum wage that the federal government outlines - have higher unemployment than those states with lower minimum wage. Look, its simple economics, something which this current administration doesn't understand. When you raise the cost of labor, you have a surplus of labor. That's true in comments, stocks, whatever. When you have a surplus of labor, what do you have, Brenda? You have higher unemployment and simple as that, this administration doesn't understand.

CAROLINE HELDMAN: Well, I think that would be a terrible idea and I disagree with Gary B. Actually those studies have experience--that's a relationship, other variables causing those differences because two decades of rigorous research indicate that when you do it in a planful way and mild way and raise the minimum wage, it actually has a positive effect on the local economy. Positive effects in terms of lower training costs and turnover and less lost time at work and dedicated employees, so small businesses, mid size and large businesses benefit from this, as well as local government because they don't have as many people relying on social services. So, the data doesn't back that up. In fact, it's a positive thing when we do it in a planful fashion to raise the minimum wage.

JONAS MAX FERRIS: You would never leave the job if you could get it because it's a pretty good wage. There are benefits and negatives. Both sides are kind of right on this. If the minimum wage is low, like $2, it wouldn't disrupt the job market. If it's $50, there would be high unemployment, but there's obviously a level between there where the negatives would exceed the positives. There are positives, workers would get more money under the plan and they're not going to be outsourced to China. You need somebody in the stores. There are some benefits, but a lot of losers, higher unemployment, certainly at some point, and other negatives. I sort of think they should get to the bottom of the research and do both. Index it to inflation which they should do anyway and lets certain politicians benefit it, saying they're going to raise it every few years. If it raises the unemployment rate in a couple of years, get rid of it and prove it's bad for the economy and we could kind of see what could happen.

JOHN LAYFIELD: I think a hybrid of it. And what you hit on, Brenda, I think is the best thing to do and that is index it to average wages. The data does not support this. The White House, the only study they could find is the 2010 study that had more people debunking it, than people saying it's a real study and the earned income tax credit does more than lower income people than raising the minimum wage and look, we have almost 50 million people in poverty right now and the only thing the administration can do is say, well, we can't create any jobs, so let's just have people pay people more and this is not the way to do it. We have 24 percent, young person unemployment and 40 percent African-American young person unemployment and this hurts.

LARRY GLAZER: That's exactly right, Brenda. The irony, this is intended to help those who need it the most, intended to help the economy or have the opposite effect. First of all, I don't believe any of the studies on either side. Think what we'll see in reality is companies will outsource wherever they can. Visit your local retailer, visit your local grocery store, you'll see more and more automated checkouts and that's what companies do for self-press self-preservation. We'll pay more to the store. There's no free lunch. It sounds great on paper, sounds great in academic theory, in reality -- the policies just do not and have not worked in the past.

LARRY GLAZER: Yes, Brenda, well, normally mergers and acquisitions are a good sign for the economy and show the companies are willing to open their wallets, commit capital and bet the future. These particular deals show just the opposite. They show that companies are worried that because they're worried they're making the safest deals possible, the smartest deal maker of them all Warren Buffett is buying what? He's buying Heinz, ketchup and mustard. Nothing more defensive in an economic down turn is ketchup and mustard. They're worried about the consumer and impact of the higher payroll tax and higher gasoline prices. That's what we're worried and seeing and we're making safe, conservative deals.

JONAS MAX FERRIS: Yeah, as opposed to the high-tech companies that Buffet buys.

You know what? It's a sign that the government--they made cash so undesirable. The companies are swimming in cash and earnings at all-time highs and have to do something so they're panicking to put it into work, and don't want to pay out dividends like apple does. They've run out of ideas how to use the money and don't want to hire people and so they're merging.

JOHN LAYFIELD: I'm not sure it's a good thing for the economy. I don't think it's a bad thing for the economy. I think it's a bad thing for small and medium sized businesses, but look, when you have Apple who has more money than the U.S. Government, but of course, we all have more money than the U.S. Government, there's no real place to put this money, and what Jonas talked about with this low interests rates, you can either give it back in dividends which a lot of people consider lazy and uncreative or you can go out to try to buy companies. The rich are getting richer and the big companies are getting bigger, the only place they can use the huge acquisitions to put the huge pile of cash to good use.

GARY B. SMITH: Exactly, Brenda. In fact the Nasdaq is way below its all-time highs, so there's plenty of room to grow and getting back to, you know, Larry and Jonas made excellent points. Normally merger activity is a harbinger of an improving economy and I think the stock market could break higher. The only point, Jonas said about Buffet always buys companies like that, if Larry was really right and things were going to get bad, then you'd think that Buffet would wait for Heinz to have a tremendous pullback. So, you know, that's the only thing. I think he thinks that Heinz is going to improve its fortunes and the stock is going to rise. I think overall, it's positive.

CAROLINE HELDMAN: I think it's pretty unmitigatedly positive. We're seeing twice the amount of activity when it comes to merger and acquisitions a year ago. And means that the companies are now starting to loosen up, there's $1 trillion that they've stock piled during the economic down turn. That can only be good and it also speaks to the stabilization of the banking economy, and it speaks to the relative stabilization of what's happening in Europe, so, I think it's great for companies, of course, mergers are a mixed deal for consumers, some are positive when it comes to price, and services, others are not. I think that the airlines merging are going to lead to higher fares and fewer routes. At least for the foreseeable - future unless the airlines get involved and give some competition. Good for business not so good for consumers.

CARNIVAL CRUISE GETS HIT WITH LAWSUIT OVER "TRIUMPH" FIASCO

JOHN LAYFIELD: Carnival should get sued and they're going to get sued a lot more, and the market is going to punish these guys. Congress is going after cruise ships and reminds me 2008 and 2009, the world was falling apart they wanted to investigate steroids in baseball. They don't have a budget; they have the lowest labor participation rate in over three decades and want more restrictions on what - the conga line? Put them on a cruise ship and leave them out there for a decade and the country will be better.

CAROLINE HELDMAN: I kind of like John's idea putting members of Congress on one of these ships when they can't get along. I think that government should step in because it's not the first time, but the third time in last 27 months carnival had a similar problem, right? Three floating disasters, if you will. And it could have easily been prevented had they just updated their fleet to have redundant electrical systems all three disasters could have been prevented. Why aren't they updating the fleet? They're putting profits above people. This is where government should step in and say fine, you provide an excellent service, but need to provide for safety as well.

GARY B. SMITH: You have to be living in a cave, you know, to be saying I'm going to take a cruise next week. Huh? There's he a cruise disaster? People go to the website, read the news, huh, maybe I'll take a royal Caribbean cruise or a Disney cruise, but carnival says itself they're going to get hit and this is respond the lawsuits - at least $80 million for repairs and damages and cancellations and refunds. Plus, we, you know, probably going to be canceling not ever taking a cruise again. And that's, you know, when Caroline says well, they're putting profits before people and it sounds like in this case the profits are going to be behind the people.

JONAS MAX FERRIS: Never waste valuable tank space with the life boats -- and to Gary's point. The utilities like where there's no competitor in your area or a small like travelling circus, no brand at risks - then you need safety. When there's a large conglomerate like Disney or McDonald's, who have choices in competitors and brand at risk, you don't need a whole lot of oversight from the government. There's so much to lose from these embarrassments.