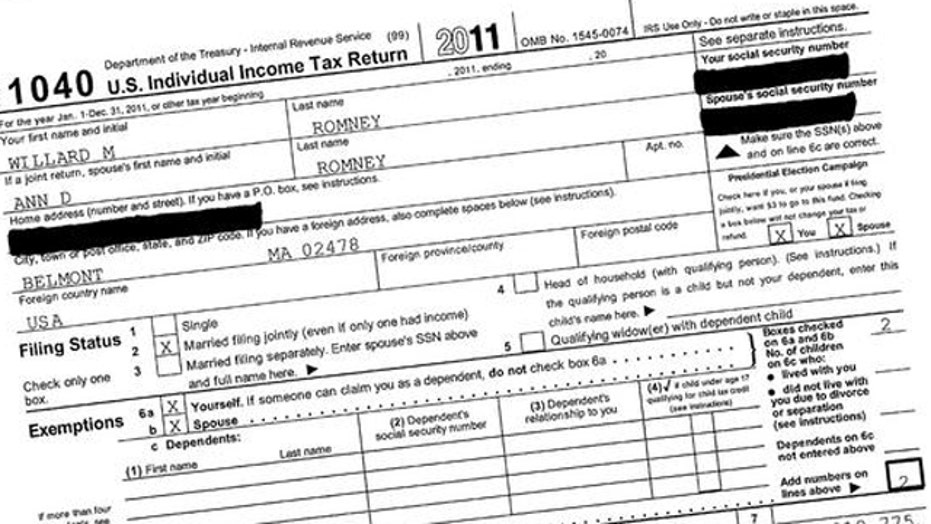 GARY B. SMITH: Absolutely. All they have to do is look at history, the state they reside in or the state nearby. First of all, on the state level the states that grow the fastest and create the most jobs are the ones without any income tax. Looking back historically we have had this discussion many times. Every time we cut taxes, the economy has grown whether it's on the left with President Kennedy or whether it's on the right with Reagan. The left comes back and says, "Clinton raised taxes and we did great during them," and what are often ignored are two things. Clinton cut the capital gains tax and he cut spending as a percentage of GDP. The Obama administration wants to go the opposite way, and if they do they will make FDR look like a libertarian.

JEHMU GREENE: I don't think the President said that they should take a hike if the tax hikes don't happen. Our biggest problem right now is the spending cuts. Bigger than that are the job losses, and so I am going to talk about tax cuts. A huge tax cut that we should see happen is the government should give a big tax cut to companies so they can hire new workers. That's what our economy needs, but spending cuts and focusing on the deficit - that is moving us in the wrong direction. If we want to talk about tax cuts, let's give the corporations that are sitting on record profits - the Dow Jones closed at record highs, let's give them a tax cut to hire new workers.

TOBIN SMITH: No, remember the President said if you don't go up the tax hikes, then I am not going do a budget. You can't say he is not playing games here. We created the most jobs in the United States in '95 to 2000 in that time frame. Were we cutting taxes or paying companies to hire people with tax credits - no. When you hire somebody it's an investment. When you make an investment we lower capital gains taxes and that allowed people to say if my investment is successful then I'm going to keep more of that - I will generate more capital to hire more people. We don't need tax credits - you hire because it's a good investment.

JONAS MAX FERRIS: We already had tax increases this year and some of them are on hiring which the payroll tax is returning to the same level. There are drags on the economy and we'll need more taxes to close the gaps. Companies would like taxes to be low because people would spend more, but they also don't want to collapse the economy. They want the economy to grow and not go broke and some mix of spending cuts and tax increases will hopefully lead us down the path but avoid a Japan path. I don't know which plan is better. They are both magic in my opinion.

One wants taxes raised and the other wants to lower rates to twenty-five percent like that is going to balance the budget. I don't know which plan is worse from a company hiring point of view.

JOHNATHAN LAYFIELD: No, they shouldn't unless they are paying off the debt. We are raising a trillion in taxes according to the democratic proposal. We are increasing spending by $650 billion. You are only raising taxes to raise spending also. You are not paying off the deficit. Look at Florida and look at Texas. Governor Scott and Perry are advertising all over the country to come to these states because you won't have to pay a state income tax. That's what businesses want. This democratic budget is the biggest joke I have ever seen. Ten years from now you are still running a trillion dollar deficit. Nothing is being done with this. It is horrible.

GOV'T INSISTING INFLATION IS NOT A PROBLEM DESPITE SOARING PRICES

JOHN LAYFIELD: Yes, absolutely. These guys are whistling past the graveyard as they are doing with everything else on the agenda in Washington, D.C. Corn prices have doubled in the past few years and gasoline is high. Medical costs are going through the roof. People are having a struggle out there and with the fed at zero interest, there is no ability to absorb a systemic shock. You have the problem of having to raise rates because of inflation into a recession. These guys are whistling past the graveyard and it is not a good thing for America.

GARY B. SMITH: Again, this falls into the Blackhawk helicopter conspiracy theory. You look at the numbers and year to year inflation is two percent. Everyone said we can't trust the number. We just used the number that came right from the government 0.7 percent. Yes, everyone saw gasoline and energy prices were up 8 or 9 percent. That hurts and stinks, but that is 10 percent of the average person's budget. If it 100 percent, we would be pulling our hair out. Inflation across the board as food is up two percent. It seems like a lot but it is not unless you don't believe the numbers.

TOBIN SMITH: Remember the CPI is a formula and a big part of the formula is housing costs. Because housing costs are low we have 2 percent mortgage rates and somehow they get skewed in the real world. For real people out there care - college goes up 8 percent. There premiums are going to double with Obamacare in the next few months and they will have x amount to spend. Wages are not going up, and that's where the squeeze is at.

JONAS MAX FERRIS: The only reason inflation is high right now is because wage growth until very recently has been underperformance. If prices are going up 2 percent it is mild, but your pay is going up one percent and that is a bad situation. If inflation was three and wages were going up 4 percent - that's the low inflation rate, and that's a problem also. Also if you are living on a fixed income, and trying to buy CD's, money market accounts and bank savings accounts and you're earning below inflation then it'll seem like a lot of inflation. If you own a lot of the stocks and they're inflating a lot faster than the inflation rate then it doesn't feel so bad.

JEHMU GREENE: No, it is it modest compared to historical standards and that two percent that it's up is the fed target for long-term inflation. We have to look at it because it fluctuates depending on what you are purchasing. So, yes, gas is up right now. It's higher than it was three months ago, but it's lower than it was six months ago. Food prices are up, but non-alcoholic beverages are down. I know that doesn't affect Toby, but it does people affect folks out there. In the long-term when you're looking at it historically it is modest and tame. They're right.

TOBIN SMITH: The people protesting in North Carolina and Texas are saying our wages are higher, our job rights are higher and employment rates are higher and remember - not right to work is simply the idea that you don't have to join in and pay the dues if you don't want to. That sounds like America to me. This idea of imposing dues - I would like to have a politician stop speaking halfway through a speech. But these are guys living in the 1980s. It's a time warp and they don't get the actual economic facts as they are today.

JEHMU GREENE: Toby is right. This is America and yelling and screaming when something is not going the way you want it is how we have done a lot of social change in this country. It shows that unions are equal opportunity offenders. They will go after Democrats that are not doing what they and want they will go after republicans on equal fitting. Unions, we have to keep in mind, are the main reasons that wages go up. So yes, they need to continue yelling and screaming so that we can see the wages rise for the middle class who have not benefited from the recovery.

GARY B. SMITH: We have said many times, union membership is on the decline. It is kind of in a permanent free fall. Unions are monopolies and demand artificially high wages. In Greece, they are upset when the dole is going away and in Philadelphia, for example, the average carpenter in the union gets $40 per hour. That is a heck of a lot of money. People see and say, "Oh, my gosh! My salary is going away." People get upset. Jehmu is right. I would be protesting too, but I am not sure they are qualified to have those jobs.

JONAS MAX FERRIS: If there really was this pot of gold in the state of Pennsylvania, and they weren't giving raises to the union members then they could protest and people would back their labor. There are a lot of regions in this country that are basically doomed -- between losing labor and jobs and people moving, and 50 years of bad union contracts that have bankrupted pensions, you can't blame the mayor for trying to solve these problems. You can't squeeze blood out of a rock.

JOHN LAYFIELD: Look comparing a bunch of people to yelling out and comparing them to people who did great things for social change is a disservice to those guys who did something for social change. I believe that employers have the right to organize have right to hire people who are not in unions. That's why so many jobs are going to right-to-work states. Toby is exactly right.