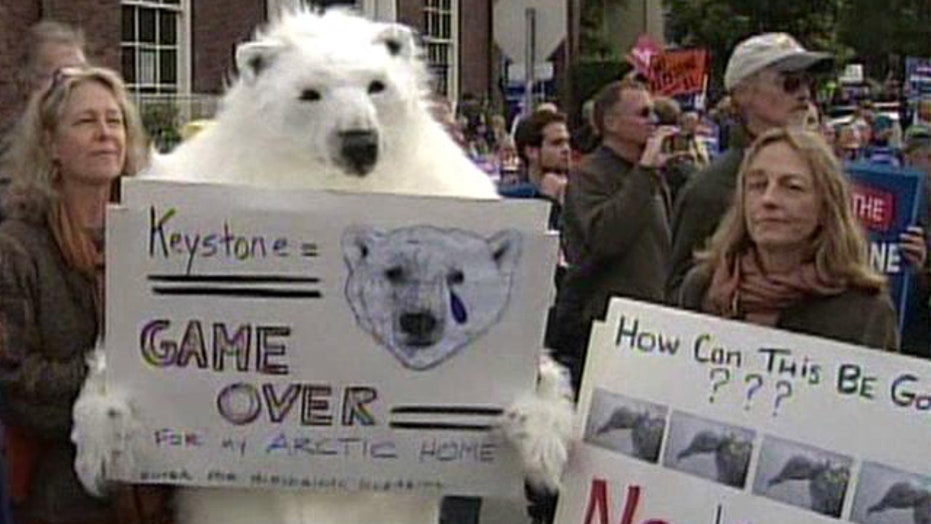 CHARLES PAYNE: Don't you guys find it interesting when they think the best option is to claim incompetency? This is nuts, and this is plain out targeting; I don't care about the statistical anomalies. And for the IRS not to come clean with this underscores why people should be afraid. But anyone out there, the media especially that are cheering this on, that's trying to push this disingenuous excuse needs to realize: You strip away the rights from one group of people; you ultimately strip away your own rights. And that's not what this country is built on.

MELISSA FRANCIS: I hate to even engage on the argument, but if you look at the details of what they [the IRS] actually did, all they did was pull up their [liberal groups'] names on the list. They didn't actually stop them from getting the tax- exempt status or slow them down or lose their file the way they did the other groups. But somebody's got to go to jail here, or else this is going to continue. I think people still need to continue to get very upset about this and not let it go. Because if you think that the IRS isn't going to eventually come for you, you're mistaken.

CHARLIE GASPARINO: I think they should apply the law equally. I have a problem with any of these groups getting tax-exempt status. These are obviously political groups. They did target conservatives. I'd like to know the liberal groups they targeted. If they're equating the Tea Party types, who I think are mainstream conservative groups, to the far left, then that's a bizarre comparison.

ADAM LASHINSKY: Either this is acceptable behavior on the part of the IRS, or it isn't. And it doesn't matter what any of us think about the political leanings of these groups. If it's wrong, it's wrong. And I don't think, Charles, that the media is leaving the story alone. And the investigation is going on.

BEN STEIN: There's a giant elephant in the room here that nobody seems to be talking about, which is that the conservative groups were targeted wildly disproportionately, the head of the public service employees union is a huge leftist who's a great pal of the president of the United States, and the questions that were asked were extremely burdensome and very much delayed these people getting their tax-exempt statuses. There was a hearing by Congressman Issa in which people were reading out the questions that the IRS was asking them. They were overwhelmingly burdensome.

CHARLES PAYNE: We've heard of money grabs; we've heard of land grabs. This is an information grab, and the problem is that there are no rules attached. And this is how things get messed up. This is how ultimately anyone will get their hands on this information to use it for any way possible. But to Ben's point, they got a tip on the Boston bombers.

CHARLIE GASPARINO: I would say there was a wonderful book written by George Orwell about this. This is Orwellian. This is big government collecting everything they can on us. By its nature, big government is totalitarian.

MELISSA FRANCIS: I think it's ridiculous. It's not the dollar menu that lures me into McDonald's. It is that succulent quarter-pounder with cheese. It doesn't matter what it costs. It has nothing to do with the price. That's not what it's about.

CHARLES PAYNE: It's just another way to gorge us of money but tell us, "It's for your own good." It's ridiculous. Redistribution of accountability is ridiculous, but I wouldn't put it past happening. Bet you California will be the first one up.

ADAM LASHINSKY: Charlie is right, but this is politically infeasible.