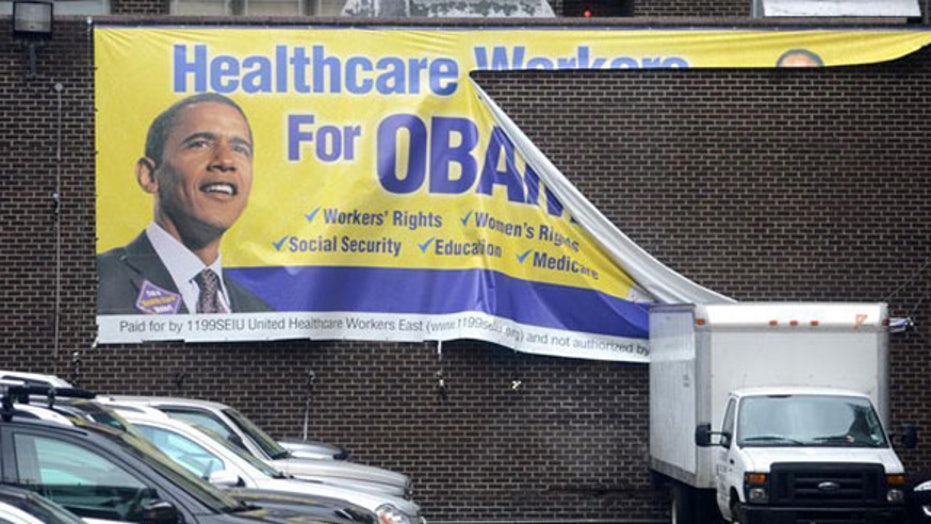 CHARLES PAYNE: We were asked to suspend common sense when they pitched the health care law to us. It's going to get worse. Now even if you are in a state with its own exchange, you have to fork over money to pay up to 400 percent of the premium of other people. Young people aren't getting involved. The math is either a massive implosion or massive tax hike to bail them out. It is a disaster. We can see it coming.

SANDRA SMITH: This is a bailout, let's be clear in every sense of the word. People at home don't have time to dig through the numbers, but we are looking at it. And the fact is, if the insurers underperform by 8 percent or more, then the government will step in and covers 80 percent of those costs. If the insurers outperform by 8 percent or more, they have to share 80 percent of the profit with the government. This is a bailout by any sense of the word.

CHARLIE GASPARINO: I think you can consider it a bailout if taxes go up and if costs go up, but that is not going to happen politically.

ADAM LASHINSKY: It's not going to last forever. That's one of the subsidies, one of the taxes. That does not mean this is going to need a bailout. It might, but it might not.

CHARLES PAYNE: I'll tell you where the money is coming from: $85 billion from fuel taxes, $12 billion from tolls, $9.8 Billion from property taxes, $14 billion from local and state fees. That's the breakdown of the cash. What they are doing with it? I don't know.

SANDRA SMITH: Let me remind everyone that every time you put a gallon of gas into your tank, you are already paying 18 cents in a federal gas tax and about 30 plus cents in state and local gas taxes. That is about 15 percent of every gallon every time you buy gasoline. It's going to the federal, state and local governments, and we are still driving down the street hitting potholes.

ADAM LASHINSKY: I don't know that just because we spend a lot of money fixing roads and bridges that the money isn't accounted for. We obviously need more. We built the interstate highway system on it. We do a lot of fixes and the federal gas tax hasn't gone up in ages. That's the argument he is making.

CHARLIE GASPARINO: I don't know if we have an infrastructure crisis. I get to wherever I have to get to on time. There are a lot of taxes already collected to pay for the repairs.

BEN STEIN: It's a relative issue. I'm saying just because they are spending $120 billion, doesn't mean they don't need to spend $250 billion. It's a big union thing. Most of the money will go to union labor, which is such a gigantic subsidy. I really am offended by the fact this gentleman says America is one big pothole. I drive to Malibu almost every week and I never hit any big potholes.

SANDRA SMITH: This is in Chicago. This is a Michelin star restaurant. It costs a fortune to eat there and it takes a long time to get in. The parents are idiots. You don't take a baby to a fancy restaurant that late.

BEN STEIN: If I was at a restaurant paying that much money and I had a screaming 8-month-old kid next to me, I would lose my mind. Parents who bring kids at that age to restaurants of that level have to be demented in some serious way.

CHARLIE GASPARINO: I hate this, throw them out!

ADAM LASHINSKY: Parents need to have common sense. This isn't a nanny-state issue. The chef is behaving responsibly and the parents weren't.