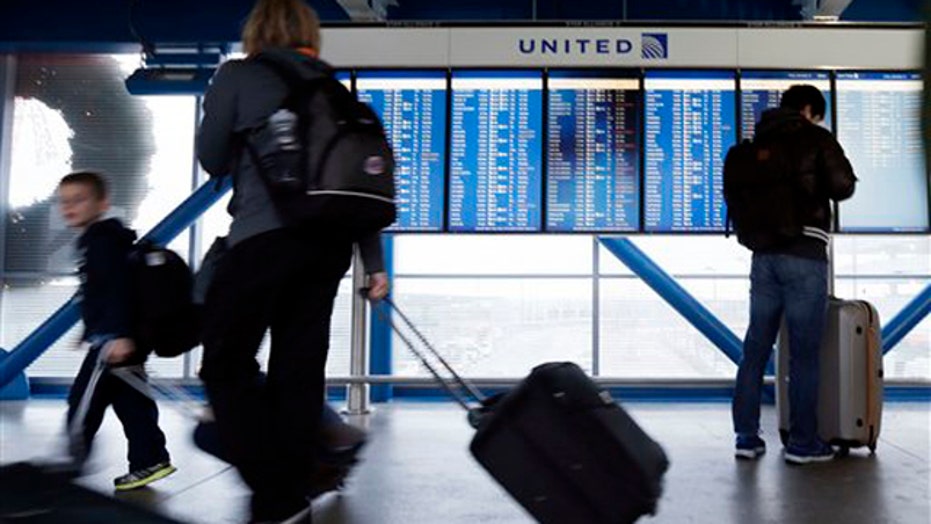 Pay up if you don't show up?

CHARLES PAYNE: It's from Nancy Pelosi and I'm kind of used to this by now, but it's overarching. Overarching by the Democrats is simply anything that the Republicans want to do that even smacks fiscal responsibility. In the name of getting the country fixed up, that we may have longevity and continue prosperity -- it's a terrible way for someone in that powerful position to govern.

GERRI WILLIS: Where are they? They all went home. Where are our leaders? They're both having their problems. It's been two weeks ago now that Harry Reid was spending all his time to find popcorn for the special showing of the "Lincoln" movie. Get to work people.

BEN STEIN: It's a disgrace. The real issue to me is that they are our representatives. They're the government. They're supposed to be governing. They're not supposed to be pouting and throwing fits and this is a big giant issue. They've got to get to work.

ADAM LASHINSKY: You talk about our representatives, and Nancy Pelosi is my representative. She is making a perfect, valid political point. This is why she is against any kind of entitlement reform. At the very same time, Boehner had to pull back his Plan B because his caucus is not behind him on meeting the president halfway.

CHARLIE GASPARINO: Boehner cannot sell that plan because there are no budget cuts in it. The President hasn't offered anything meaningful. Just a couple days before Christmas, where we are right now we're going to pass this is I believe and come right back after the New Year where they can make a deal. The markets don't like what's going on right now and they're going to come back in the New Year.

GERRI WILLIS: It's so ridiculous it makes me so mad. These airline fees are like tattoos, they never ever go away. They just go up, up and up. American Airlines is most guilty of these. I find it offensive, they are all doing it.

CHARLES PAYNE: They do make a ton of money off of it. I guess the way they go about it is bothersome. The airlines haven't figured out a way to make money since the 1980s and they've gone into these senseless airfare wars and they parked half of their fleet to the side, I think it is a disingenuous way to do business. It's the most displeasureable thing I do, travel.

ADAM LASHINSKY: I'll tell you why Gerri, because people would freak out if they throw it into the cost and raise prices by that much. By the way, the polite thing to do when you can't show up for something is cancel ahead of time; this causes disruptions for restaurants and airlines. That's all they are asking people to do there Neil. I have no problem with them trying to make money.

CHARLIE GASPARINO: Why do you pick on the airlines all the time? They have a business; they need to make some money.

BEN STEIN: I'm very much ok with it. I love SouthWest; I just wish they would re-regulate airlines all together and not have these bargain airfares. The airplanes are too full.

GOVERNMENT BAILING OUT OF GM RESCUE; BILLIONS IN LOSSES EXPECTED

CHARLES PAYNE: If they get to $27.50, the loss would be over $7 billion for them so it might end up being a lot more than that. General Motors has some serious issues. There's another number that we don't know yet - the number on the next set of bailouts because the myth of a successful bailout has been pushed so hard. The next set of bailouts, the next time we bail out Wall Street and favorite companies by administrations in the White House -- that number is going to be huge.

CHARLIE GASPARINO: We really didn't make money. I know the TARP has an analysis of how Citigroup paid back and Goldman. Remember how they made money. They rigged the system. They took interest rates to zero, but that's like saying I could make money if you just give me money and I could borrow at zero. It's a rigged system.

GERRI WILLIS: They owe $7 billion. They better give us our 7 billion back. Even if you're in favor of the GM bailout -- they put out a truck on the road that the hood latch didn't work that's being recalled. How many ways can they get us?

ADAM LASHINSKY: It's a policy conversation and not an investment conversation. Yes we're going to lose seven, $12 billion on GM.

ADAM LASHINSKY: With the Vanguard Dividend Appreciation ETF, Neil, which has the delicious ticker of "VIG" -- V.I.G. Dividends are the way to go. I would not get wrapped up worrying about what's happening with taxes. Investors need to be safe.

BEN STEIN: I will go with the VTI, which is the most diversified fund you can get, and I think there you get excellent return. You can't beat the indexes over long periods of time.