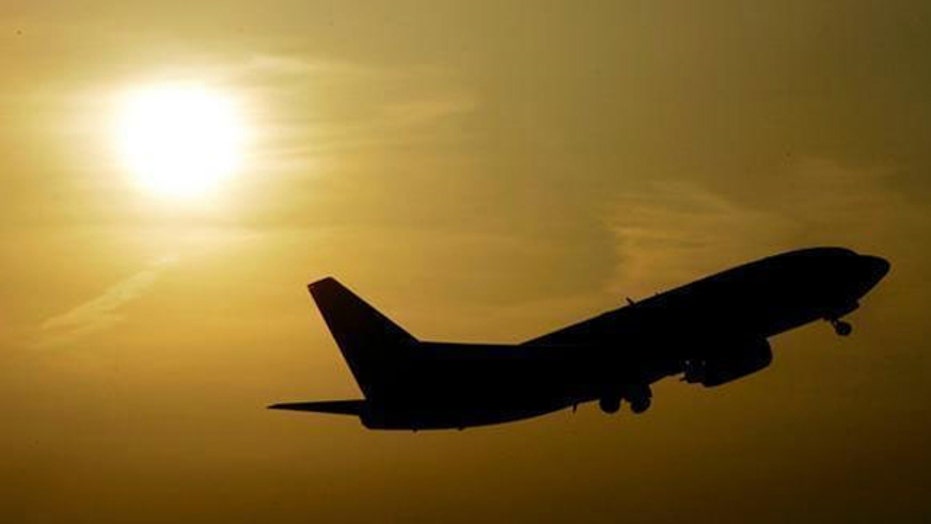 But are we safer in the skies?

DISCLAIMER: THE FOLLOWING "Cost of Freedom Recap" CONTAINS STRONG OPINIONS WHICH ARE NOT A REFLECTION OF THE OPINIONS OF FOX NEWS AND SHOULD NOT BE RELIED UPON AS INVESTMENT ADVICE WHEN MAKING PERSONAL INVESTMENT DECISIONS. IT IS FOX NEWS' POLICY THAT CONTRIBUTORS DISCLOSE POSITIONS THEY HOLD IN STOCKS THEY DISCUSS, THOUGH POSITIONS MAY CHANGE.READERS OF "Cost of Freedom Recap" MUST TAKE RESPONSIBILITY FOR THEIR OWN INVESTMENT DECISIONS.

CHARLES PAYNE: The whole budget deal itself was passed as something that didn't have a new tax. It's a fee, but a fee is another word for tax. Just like we had to go to the Supreme Court to find out that ObamaCare was a tax and not a fee.

DAGEN MCDOWELL: They always do this because this is a very sneaky and crafty way of putting in a tax increase, which is what it is. The fee that flyers were charged was low enough that they can go ahead and double it and people maybe won't feel the pain or get angry about it. That's why they came up with this.

CHARLIE GASPARINO: This is a small price to pay for not having a government shutdown.

BEN STEIN: The spending is so out of control, it's insane. The idea that a tiny fee or tax is going to have much effect on the budget is nonsense. There's probably a $25 fee per traveler and it still wouldn't affect the deficit very much. We are in such a deep, deep hole. This is a cosmetic effort. Mr. Gasparino has it right, it's meant to keep from embarrassing the Republican Party, but in terms of the long run it does nothing.

ADAM LASHINSKY: Well, if any of it goes to airport security, then it's a tiny price to pay. And it's money well spent.

CHARLES PAYNE: This is just creating more levels of bureaucracy, which will only make the communication and efficiency much worse. They need to fire people for botching this, not hire more people.

CHARLIE GASPARINO: It sounds like they are going to infuse this with business principles, when the reality is, if they would run it like a business, she would be fired.

DAGEN MCDOWELL: Why now? We don't know what the person will do? And what's changed that we didn't need that person there three or four months ago? Other than the realization that HHS Secretary Sebelius screwed it up.

BEN STEIN: I think Mr. Gasparino nailed it; a big company like Goldman-Sachs would have a chief risk officer supervise trades and make sure they would not have too much exposure on trades. If they are doing this for ObamaCare, this is nonsense. They can add 100 people, 2500 people, it doesn't matter. This is the problem with big government, it just gets bigger and bigger.

ADAM LASHINSKY: My job is to defend ObamaCare. So I'll give you a real-life example from the business world. Way back when eBay's site crashed, the CEO didn't fire anybody, but brought in a new team of people to fix the site. They worked on it really hard. That's what's going on here.

CHARLES PAYNE: I'm really worried about this. Not only did we lose $10.5 billion and the American taxpayer came up short, it was done to help unions. It will be sold in the future as bailouts work. This is setting us up for the next big round of bailouts and redistribution of cash from taxpayers to unions.

DAGEN MCDOWELL: At the time you couldn't bail out the banks like we did and not rescue an American icon like GM that would save the number of jobs that it did. I was for it then, but I'm glad we're out.

BEN STEIN: I don't think we should have let General Motors fail. In the unlikely event it happens to Ford or G.E., we shouldn't let them fail either. It costs $30 per American to bail out G.M. That's a small price to pay to keep a gigantic icon, an American manufacturer in business.

ADAM LASHINSKY: The bailout did work. Money spent to pursue a policy, an important policy, is money well spent. It's the same for spending money to fight wars and protect the country. That is what we did here. It was the right thing to do. We don't have to like it.