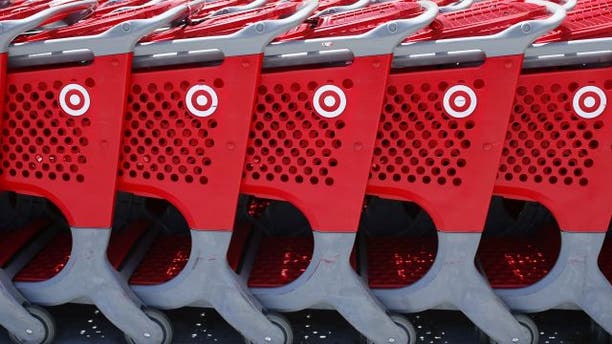 Every week or two, we learn something new about the horrific data breach Target suffered late last year. If you recall, over Thanksgiving weekend the huge retailer got "pwned," as the hackers say, in one of the biggest data thefts in history. Hackers snatched the credit card numbers of some 40 million Target shoppers.

Then we learned that it was more than credit card numbers; the hackers had made off with the names, addresses, phone numbers and email addresses of more than 70 million additional customers!

As the weeks went on, we found out that the hackers had stolen credentials from an employee at an air conditioning company Target contracted. Using those credentials, the hackers got a piece of malware into Target's system that grabbed credit card numbers right at the register.

Then it got worse. In early March, the company's chief information officer resigned. A week later, we saw why; Bloomberg Businessweek, in an in-depth story, reported that the company had the forethought to install some state-of-the-art anti-hacker software the year before the theft.

And then the company completely ignored the software's warnings. You saw how that turned out.

The breach has cost the company an enormous amount of money. Direct costs are said to be $60 million – just as of Feb. 1. Profits at the chain plunged during the Christmas shopping season. There are at least 100 lawsuits pending. And it's not over yet.

While the breach definitely hurt some consumers, the rest of us are actually better off.

It sounds counterintuitive, but it's true.

The hacks we've heard about in the last six months affect retailers in every corner of our economy – from Neiman Marcus to Michael's craft stores. (It reaches many corners of the world, too; a South Korean credit bureau acknowledged earlier this year that it had allowed unauthorized access to 100 million accounts.)

It's outrageous, of course, that these companies (which, lets face it, make a lot of money on our business) left our data vulnerable. They aren't alone, either – they're just the unlucky ones. There are rumors floating around about other major breaches we haven't heard of yet. And I'm sure more are on the way.

The trouble? Most businesses try to save money by skimping on security and then hope hackers won't hit them. The cost of this tactic, as Target has shown vividly, is high indeed!

Hopefully it's becoming clear to businesses that hackers are targeting everyone. And that the cost of cleaning up a data breach outweighs the cost of preventing one. This should give businesses the incentive to keep our data safe.

Unfortunately, poor business data security isn't going to change overnight, and even when the big operations – finally – learn how to keep our data secure, the hackers will change their focus to smaller operations. All consumers have to be careful.

First of all, check your credit report regularly at AnnualCreditReport.com. Each of the three major credit agencies allows one free check a year. This is a smart tip for your financial health in any case. And the younger you are, the better it is to start good financial practices, too.

Second, consider a monitoring service. These cost money, but for some folks they could be worth their weight in gold.

Third, nothing can take the place of knowing what's going on in your bank account and credit card. Consumers are protected in certain cases, but not in every one; and if you're going to end up the target of a large-scale identity theft, you'll wish you'd had as early a warning as possible. Take the time to scrutinize your bank and credit card statements at least weekly.

Finally, keep an eye out for the news, on a couple of fronts. Europe is using next-generation credit card technology now, with secure chips embedded in the cards. This has cut down retail fraud a lot over there. Still, this isn't a cure-all; a lot of our purchases are online, where the chip won't matter, for example. Learn three signs of a dangerous online shopping scam.
And watch out for behind-the-scenes moves on any front to shift the liability for purchases with stolen numbers away from the stores and onto us the consumers. That will affect the one silver lining we have in the current retail hacks – that these breaches are hitting them in the pocketbook, where it hurts.

On the Kim Komando Show, the nation's largest weekend radio talk show, Kim takes calls and dispenses advice on today's digital lifestyle, from smartphones and tablets to online privacy and data hacks. For her daily tips, newsletters and more, visit her website at www.komando.com.