Why can’t your computer stream 4K yet? Crazy compression and piracy 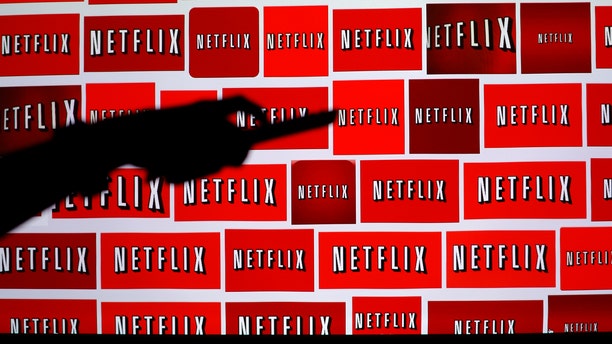 Amazon and Netflix recently enabled 4K streaming, an important milestone for many home viewers. Ultra HD media players remain expensive, but streaming is a possible alternative. Why spend hundreds on a 4K Blu-Ray player when a media-streaming device can fill the same role?

Yet this momentous rollout came with a major restriction: It doesn’t work with PCs. Aside from videos uploaded to YouTube, there’s currently no reliable source of Ultra HD media for computers. What’s going on, and when will this barrier be thrown down?

Amazon and Netflix, the two major players in online streaming that offer UltraHD, have never given a technical reason why computers can’t play such content. For the most part the issue is entirely ignored; FAQ pages from both companies simply don’t discuss the issue, choosing to instead talk about the particulars of HDTV support or, in Amazon’s case, helpfully suggest a few Ultra HD sets viewers might want to purchase.

The issue this duo tiptoes around is support for High-Efficiency Video Coding (HEVC), aka H.265, the latest standard for encoding high-resolution video. Finalized in January of 2013, HEVC supports resolutions up to 8K (8,192 x 4,320) and drastically reduces file size relative to its predecessor, H.264. Its combination of high-resolution support and excellent compression without a drastic reduction in quality makes HEVC ideal for streaming 4K.

HEVC is relatively new, though, so the vast majority of computers don’t have the ability to decode it in hardware as they can H.264. That means a far slower software decode process must be used, which puts smooth 1080p video playback outside the reach of older desktops and many mobile systems. 4K of course greatly multiples the load, making smooth play even less likely.

This explanation doesn’t explain everything, however. Even if HEVC support was the root cause, why doesn’t the option at least exist?

Blame the movie studios. For them, Ultra HD is more than just a tool to promote expensive re-masters of older movies. It’s a chance to put the genie back in the bottle. Anyone can jump on a Torrent site and quickly find a high-quality 1080p copy of a movie or TV series, and time has proven there’s no effective way to bring those copies down. With 4K, the studios are trying a different strategy; make sure the copy is never made in the first place.

This is theoretically possible thanks to High-Bandwidth Digital Content Protection, or HDCP, an encryption standard developed by Intel that prevents playback on unauthorized devices and makes the signal unreadable in between each device. The latest version, HDCP 2.2, addresses previously discovered flaws in encryption, and compatibility with it is required to display most 4K content. In this way the movie studios, with cooperation from hardware manufacturers, have found a way to make piracy of new UltraHD content very difficult.

A computer, by its very nature, is a potential loophole in this scheme. There will always be some form of screen-capture software that can turn what’s on the screen into a near-perfect copy. Allowing distribution of 4K content through a PC (or Mac) would destroy the carefully protected ecosystem the studios have worked so had to build.

When will the fortress crumble?

HDCP 2.2, as its version number indicates, isn’t an entirely new invention. The standard has been around for years and has fallen victim to exploits repeatedly. Hackers will no doubt find away around this latest incarnation. HEVC will eventually receive better support from hardware, as well. The question is: when?

Unfortunately, PC users may have to wait awhile. Predicting when HDCP 2.2 will be cracked is impossible to do with any certainty, but the timing of past exploits suggests it’ll take a few years. There’s also the possibility a particular movie studio will simply break ranks, believing the threat of piracy will be counter-balanced by the profit of being first with widespread 4K for computers, but that seems an unlikely result. The MPAA has proven unified in the past.

Better HEVC support, meanwhile, is a problem largely in Intel’s hands. It’s the only company with the reach to bring hardware-decode support to most PC owners quickly, but so far it has not implemented or even announced such a feature.

That may be because HEVC is a licensed technology, so anyone putting together an implementation for distribution of more than 100,000 units must pay a royalty of 20 cents per product. That can add up to a maximum annual royalty of $25 million. Pricing was only announced a few months ago, as well, so Intel hasn’t had much time to decide whether it’s willing to pay.

4K content on computers is likely to remain a tangle of licensing fees, DRM schemes and decoder issues for some time. The interests of the movie studios and the complexity of HEVC have strewn the path forward with complexity, and there’s no one at the helm to navigate PCs through it. Even native Windows support of HEVC, an important step forward, won’t be added until the release of Windows 10 late in 2015.

It’s a shame, because the 4K experience is much more affordable on a computer than in a home theater, and the added resolution provides many benefits beyond sharper video. Yet the situation is not unusual. H.264 took some time to gather widespread support, as well, and lagged the rollout of high-definition video for home theaters. The lack of direction is just the price users pay for the PC’s relatively open ecosystem.