Twitter suspension: Here are a few accounts that have been deactivated 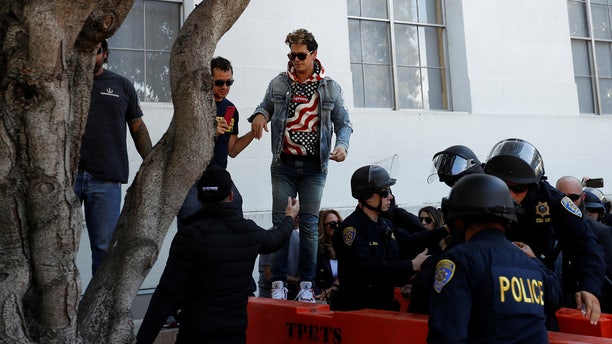 Milo Yiannopoulos: Under the handle @nero, the technology editor at Breitbart was permanently banned from Twitter after his repeated tweets against Ghostbuster actress Leslie Jones.

"No one deserves to be subjected to targeted abuse online, and our rules prohibit inciting or engaging in the targeted abuse or harassment of others,” Twitter told BuzzFeed News.

Rose McGowan: The Charmed actress’s account @rosemcgowan was suspended for 12 hours this year. Twitter told the Guardian that she tweeted out a private number and violated the company’s terms of service, resulting in the half-day ban. Some believe she was silenced after tweeting and speaking out against Harvey Weinstein’s sexual abuse, including one about Ben Affleck’s complicity.

Adele: Her managers put a stop to her tweeting, and banned her from tweeting on her own under the account @adele. Now her management team approves her posts, which are still in her own words. However, the singer admitted that she created a top secret Twitter account, according to Mashable.

Clint Eastwood: His faux account @eastwoodUSA was suspended in 2016 after tweeting, “Thank you America, I don’t have long left to live now, but now I know the last few years will be great. I can’t thank you enough #PresidentTrump.” Twitter told Gizmodo “We don’t comment on individual accounts, for privacy and security reasons.” His daughter Morgan Eastwood confirmed that the account is fake.

Courtney Love: Her account @courtneyloveUK was suspended in 2011 during a defamation lawsuit, when she ranted against the fashion designer Dawn Simorangkir. At the time, the designer sued Love for her March 2009 Twitter rants against her, according to The Hollywood Reporter. Love said she was “a drug-pushing, thieving prostitute with a history of assault and battery.” That account is still suspended, but Love still tweets with the handle @courtney.

President Trump: Twitter launched an internal investigation Thursday after a "customer support" employee, reportedly working his or her last day with the company, briefly deactivated the higly viewed account of President Donald Trump. "We are conducting a full internal review," the company said in a statement about the approximately 11-minute outage.