Tim Cook, in apparent jab at Trump, changes his name to Tim Apple 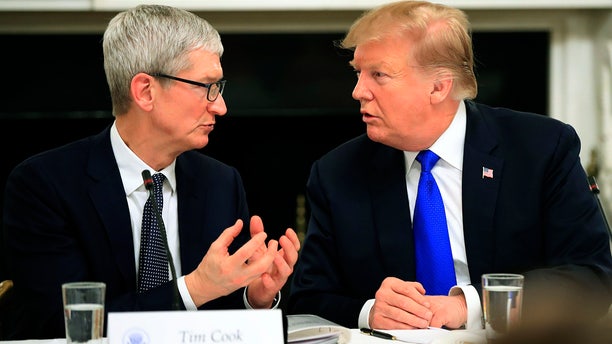 Apple CEO Tim Cook has decided to have a bit of fun at President Trump's expense after Trump mistakenly called him by the wrong name on Wednesday.

Cook made the slight change to his Twitter account on Thursday, referring to himself as Tim Apple, instead of Tim Cook. 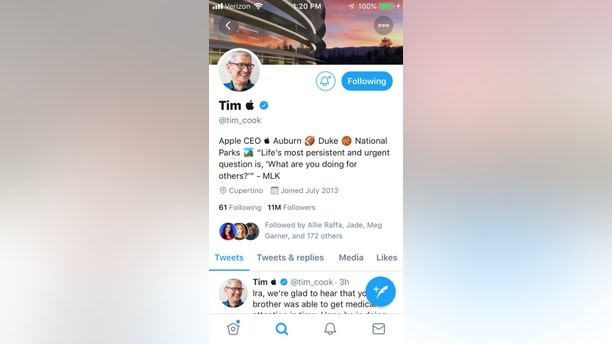 The change was first noticed by a reporter at Wired.

Cook sat next to Trump during the American Workforce Policy Advisory Board meeting in the State Dining Room, where officials discussed the importance of technology in education. Trump praised the CEO for his “big investment” in the U.S., but when it came time to thank Cook by name, not even a conspicuously placed name tag could help.

“People like Tim, you’re expanding all over and doing things that I really wanted you to do right from the beginning. I used to say, ‘Tim, you gotta start doing it here,’ and you really have you’ve really put a big investment in our country. We really appreciate it very much, Tim Apple,” Trump said.

It didn’t take long for Trump’s flub to go viral on social media.

Apple and the White House did not immediately respond to a request for comment for this story.