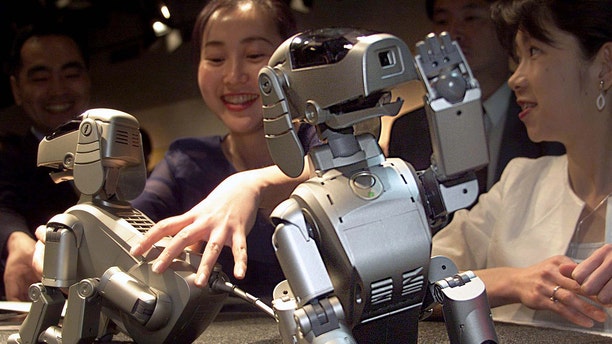 Sony will roll out a new robot dog that’s capable of real Fido-like feelings – including bonding with its human masters and responding to owner commands, according to the Wall Street Journal. (Reuters: TA/JIR/JDP)

Sony is adding another robot dog to its litter. The company on Wednesday announced a new version of Aibo – more than a decade after we last saw the adorable robotic pup.

The latest member of Sony's pack is just as cute and even smarter than its older siblings. It features artificial intelligence technology, which allows the pup to learn from its interactions with owners and develop its own unique personality over time — just like a real dog.

"It eventually becomes able to respond to its owners' affection," Sony wrote in a news release. "When it feels loved, it will display even more love and affection in return, nurturing a bond that only deepens as time goes on."

Aibo can show its love through "lifelike" eye, ear, and tail movements and a variety of sounds, Sony said. With its owners permission, Aibo can also connect to the cloud and "access the knowledge accumulated from interactions between different owners and their Aibo to become even more clever."

Aibo might sound like the perfect addition to your family, but don't get too excited about the possibility: Sony says the next-generation robot dog is only scheduled to launch in Japan.

Back in 2004, we here at PCMag called Aibo's older sibling a "good" dog. At the time, we deemed the pup the best consumer-level entertainment robot that money could buy, but noted its $1,899 price tag was quite costly.