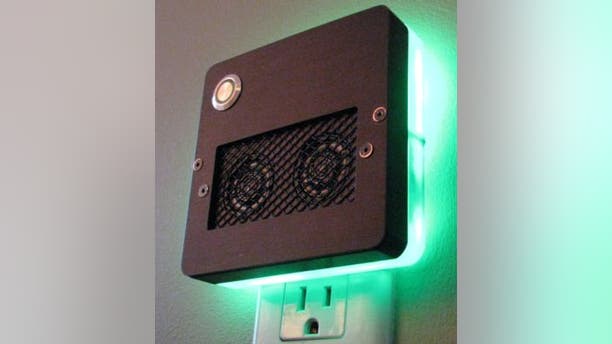 Meet the Ubi: a hands-free, hassle-free "ubiquitous" computer (get the name?) designed to plug in to a wall socket and sit there, silently waiting and watching with its numerous environmental sensors, until either an ambient condition or voice command prompts the always-on PC to leap into action. Think of the successful Kickstarter project as Siri meets home automation, and it's now available for preorder.

Saying "Ubi" wakes the Android-powered device, which then responds to voice commands and speaks out answers to any questions you may have, harnessing the power of the Internet with the help of a Wi-Fi connection. The developers plan for Ubi to offer spoken web searches, VoIP, basic virtual assistant tasks (audio calendar, feed reader, etc.), an alarm clock and voice memo capabilities, while an illuminated indicator light alters its look based on customizable conditions such as email and stock price statuses. The Ubi's Android backbone and promised open SDK should open the door for even more applications down the line.

Perhaps more interesting is the Ubi's home automation chops. The device includes sensors that can monitor the ambient temperature, humidity, air pressure and light levels. Those capabilities allow users to receive notifications -- either on their phones or via email -- if conditions change in the house, or can be used in conjunction with web-based thermostats like Nest to keep your humble abode at just the right temperature.

Even deeper levels of home-based usefulness open themselves up thanks to the Ubi's ability to seamlessly communicate with any other Ubis operating on the same Wi-Fi network. The Ubi team plans to leverage that functionality in the form of baby monitor and noise pollution apps, and a network of  multiple Ubis can be used as a home intercom or speaker system.

The Ubi includes USB and 3.5mm speaker ports, along with Bluetooth and RF compatibility. It's available for preorder now starting at $219 for a single unit, with discounts available for bulk orders. The team expects orders to start shipping early next year.