Samsung Adds Touch to Series 5 Ultra with Windows 8, Starts at $799 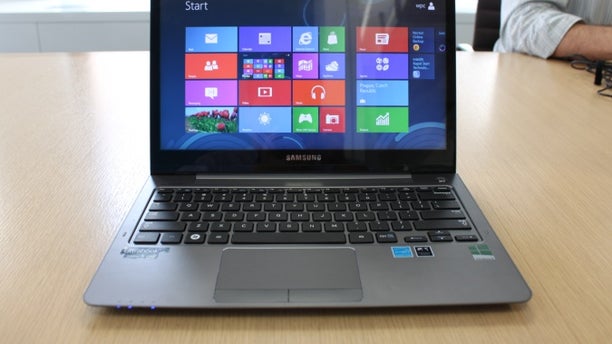 You don't have to buy a Windows 8's tablet to take advantage of the operating system's touch capabilities. Samsung is adding a touchscreen to its budget Series 5 Ultra. This Ultrabook will start in the $799 to $849 range, and we went hands on with the device before it was announced.

Design-wise, the notebook essentially remains unchanged from the Series 5 Ultra we reviewed in February, but it is a hair thicker and heavier, owing to its touchscreen. Samsung also made the hinge tighter, so that the lid won't wobble as much when consumers press on it. Otherwise, the Series 5's specs remain pretty much the same: A third-generation Intel Core i5 processor, 4GB of RAM, and a 500GB hard drive with an SSD cache.

Will consumers want Windows 8 clamshells with touch? Based on our hands-on time with this Ultrabook, we say yes. Stay tuned for a full review.