Report: Tablet shipments are in decline, as Apple holds its shrinking lead and LG surges 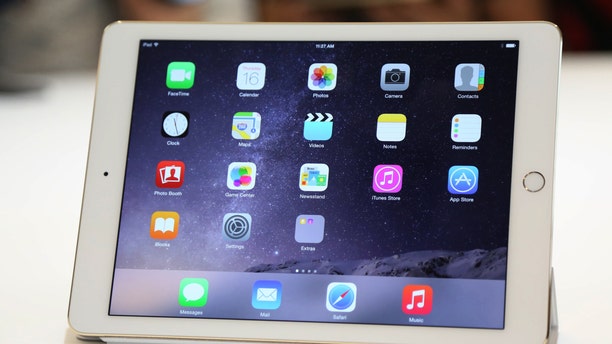 While tablets aren't going the way of the Zune or MiniDisc Walkman, they're losing popularity at a noticeable pace. Worldwide tablet shipments declined year-over-year for the second consecutive quarter in the first quarter of 2015, according to a new report from International Data Corporation (IDC).

In the first quarter, 47.1 million tablets and 2-in-1 devices (laptops that can be used as tablets) were shipped around the world, a 5.9 percent decline from the 50.0 million units shipped in the first quarter of 2014. This marked the second consecutive quarter of decline for tablet shipments.

Related: 10 best tablets you can buy right now (at any budget)

"The market slowdown that we witnessed last quarter is continuing to impact the tablet segment, but we see some growth areas that are starting to materialize," said Jean Philippe Bouchard, research director of IDC's tablets tracker. "Cellular-enabled tablets are outgrowing the rest of the market, providing an additional revenue stream for OEMs and mobile operators. In addition to driving higher usage than Wi-Fi-only tablets, cellular-enabled tablets also help position the segment as true mobile solutions rather than stay-at-home devices."

The report also notes that 2-in-1 devices are a "bright spot." While they account for a small slice of the market, their growth has been "stunning," according to Jitesh Ubrani, senior research analyst for IDC's Worldwide Quarterly Tablet Tracker.

Apple continued to lead the pack despite five consecutive quarters of negative annual shipment growth. In the first quarter, the most valuable brand in the world shipped 12.6 million units of its iPad tablets, good for 26.8 percent of the market. However, this figure is 22.9 percent smaller than the 16.4 million shipments in the same quarter last year.

IDC notes that Apple's iPads are the victims of the iPhone 6 and iPhone 6 Plus' success. The market research firm expects the downward trend to continue for the Apple until the iPad lineup is "significantly refreshed, either with the expected increase in screen sizes or by introducing a dedicated version of iOS for its tablet lineup."

Lenovo shipped 2.5 million units in the first quarter, giving it 5.3 percent of the market. This reflects a 23.0 percent rise from the same quarter last year, as Lenovo benefits from its abundance of low-cost tablets.

ASUS shipped 1.8 million units in the first quarter, good for 3.8 percent of the market. Nevertheless, this reflected a 30.6 percent year-over-year decline.

LG Electronics finished the first quarter in fifth place with 1.4 million units shipped and 3.1 percent of the market. However, the company boasted a 1,423.7 percent surge from the first quarter in 2014. LG has benefited from its strong relationships with telecommunications companies.