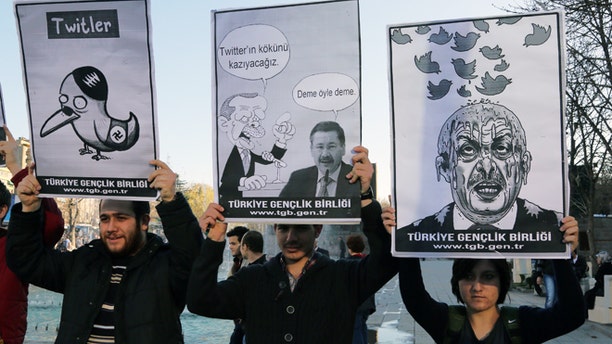 Turkey's Dogan news agency and other media say a court has issued a temporary injunction ordering the telecommunications authority to restore access to Twitter, five days after the government blocked the social network.

The telecommunications authority had accused Twitter of disobeying court orders to remove content. The ban came shortly after Prime Minister Recep Tayyip Erdogan threatened to "rip out the roots" of the social network that has been a conduit for links to recordings suggesting government corruption. Many in Turkey found immediate ways to circumvent the ban.

Lawyers and the opposition party asked courts to overturn the Twitter ban, arguing it was illegal and unconstitutional.

It was not clear when or if the telecommunications authority would follow Wednesday's court order.