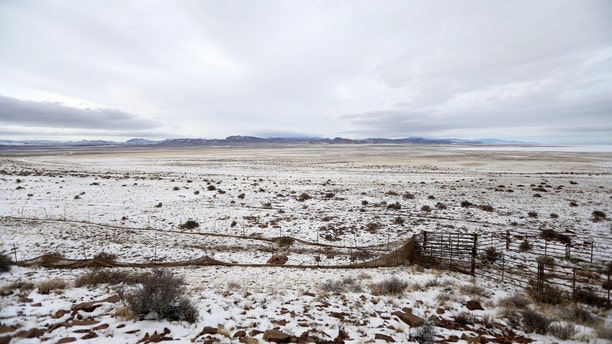 File photo - The trap corral is seen in the Wah Wah Valley where wild horses were herded during a Bureau of Land Management round-up outside Milford, Utah, U.S., Jan. 8, 2017. (REUTERS/Jim Urquhart)

For lawmakers in Utah, it's not just airports and prisons that should be out of bounds for drone owners. Cattle ranches, too, should be off-limits, with officials concerned that some quadcopter pilots are using their flying machines to spook farm animals for fun.

In a session in Utah's House on Monday, representatives voted overwhelmingly (71-0) to pass a bill making it an imprisonable offense to harass cattle with drones, as well as all-terrain vehicles and dogs. It now goes to the Utah Senate.

Bill sponsor and rancher Scott Chew said that if it becomes law then a first offense would be considered a Class B misdemeanor with a possible six-month jail term -- provided no livestock are killed or injured. A subsequent offense would be a considered a Class A misdemeanor, with the perpetrator facing up to a year behind bars. Fines of up to $2,500 could also be levied.

Chew told local media that a bill of this kind that aims to protect cattle from deviant drone owners is a first for the country.

Speaking to the Daily Beast, Chew said he first discovered that some drone pilots were hassling animals when several constituents told him they'd found crash-landed drones in their horse pastures.

According to the Beast, an increasing number of ne'er-do-wells are using their remotely controlled copters to intimidate and stress animals that are located inside small, fenced-in spaces.

However, it's also fair to say that a growing number of farmers are incorporating drone technology into their daily work, using camera-equipped quadcopters to monitor livestock and also herd them.

A farmer in Ireland, for example, has already got the hang of moving his sheep from field to field using a drone, while Australian ranchers are also learning how to use the machines to move cattle across vast distances in the outback.

But it's the irresponsible pilots that spook cattle for entertainment that Utah has in its sights, and lawmakers there are clearly hoping its bill will go on to become an effective measure against such behavior.