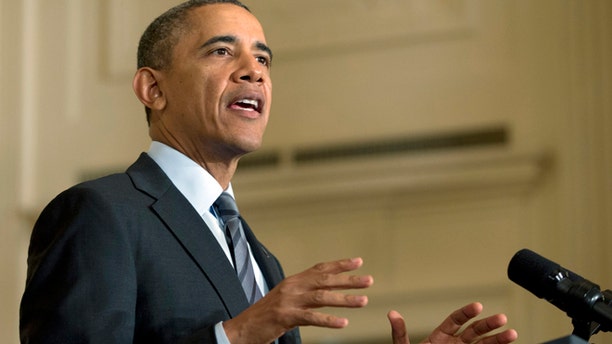 Jan. 31, 2014: President Barack Obama gestures as he speaks in the East Room of the White House about helping the long-term unemployed. (AP Photo/Carolyn Kaster)

President Barack Obama says the government is exploring options for keeping the Internet free and open after a federal court set aside rules designed to do just that.

A three-judge panel earlier this month set aside rules intended to ensure that the transmission of Internet content be treated equally, without priority given to some types of traffic over others. Obama says it's an issue he cares deeply about, partly because his campaign was powered by an Internet that was free of commercial barriers.

He says a court's decision must be respected, at least initially, but that the Federal Communications Commission is examining its options. Those options include appealing the court's decision or coming up with a new set of rules.

Obama made the comment Friday during a chat on Google Plus Hangout.